3 Reasons CBD Will Overtake THC in the Legal Cannabis Market

The $13.6 billion legalized cannabis industry is booming; it’s projected to grow to a whopping $85 billion in sales in 2030. But not all cannabis products are the same. There are two major types cannabis-derived products: THC-based: Made with tetrahydrocannabinol, the primary psychoactive component of cannabis. THC gives the user a “high,” and is far more regulated. Marijuana is a high-THC variety of the cannabis plant. CBD-based: Made with cannabidiol, which is not psychoactive, and mostly medicinal. CBD generally does not give the user a “high,” so it’s more mainstream. While it can be extracted from marijuana, most common CBD products are instead derived from hemp (cannabis plants containing less than 0.3% THC). Will sales of CBD products surpass marijuana and other high-THC items in the marketplace within the next five years? We think so, and here are three reasons why. 1. CBD Is Easier to Regulate Than THC CBD products are easier to legalize and regulate than those containing THC because CBD isn’t psychotropic. Once a product is approved by a regulatory agency like the U.S. Department of Agriculture or the Food & Drug Administration, it’s easier to sell. As of this writing, Epidiolex is the only officially FDA-approved CBD product available—even though around 11 states currently allow CBD in food, and another 16 allow it with restrictions. There’s such a “Wild West” situation in the market, as illustrated in the cannabis legalization map of the US below, that companies are hesitant to expand and promote their products, for fear they will run afoul of a particular state’s regulations. But an amendment to the Federal Food, Drug, and Cosmetic Act proposed at the beginning of 2020 would define CBD as a dietary supplement, paving the way to allowing it in food products. Movement on the amendment is currently stalled because of the pandemic, but if it eventually passes it could reshape the marketplace. 2. Growing CBD Niches: Edibles, Skin Care, Pet Products Many are familiar with inhaling cannabis, but there is increasing consumer interest in CBD-infused edibles, skin care products, and pet supplies. Though most of these products can be made with THC or CBD, the relaxed regulations on the latter make them ideal to stock in supermarkets and other mainstream outlets. Cannabis edibles in general have much higher profit margins than smokable products. Hemp-derived products are an easier sell to the mainstream market than those derived from marijuana—they promote wellness, but not getting high. As the chart below shows, it is projected that sales of non-psychoactive hemp-derived CBD products will nearly double those derived from marijuana (which contain significant amounts of THC) by 2022.   3. Cultural & Marketing Differences Give CBD the Edge Cannabis comes with cultural baggage—until recently, it’s been countercultural, associated with illegality even as decriminalization has spread. Hemp-derived CBD products are a different story. They lack the amount of THC needed to produce a high, but their advantage is in their mass-market legitimacy. In the chart below, more people consistently cite health benefits such as controlling inflammation, seizures, anxiety, and pain as reasons they turned to CBD rather than THC. And a look at the demographics of CBD vs THC users reveals perhaps one of the most vital reasons for the projected ascendance of the former: the female consumer. According to research, If CBD companies continue to court the female market, the products may indeed have an excellent shot at surpassing THC sales. A Note on Blended THC/CBD Products: 'The Entourage Effect' In addition to tetrahydrocannabinol (THC) and cannabidiol (CBD), there are other substances derived from cannabis known as terpenoids or terpenes. Some researchers believe that terpenoids can temper THC’s psychoactive effects. Moreover, they theorize an “entourage effect” regarding various blends of THC, CBD, and terpenes, in which the efficacy of these hybrid compounds is greater, with less intense side effects, than “pure” varieties. Could these cannabis blends be the “wild card” that changes everything, combining the best of both the worlds of CBD and THC, as well as a variety of terpenes? At the moment, the validity of the entourage effect is still being debated. However, the curious can purchase “sampler packs” from companies like Care By Design Hemp with products containing different ratios. The Bottom Line Legal cannabis-derived products are here to stay. But what will come to dominate the market: THC, or the considerably more domesticated CBD? Sometimes a mainstream hit comes from an edgy origin. Coca-Cola, for instance, was originally sold in the late 1800s as a type of “medicinal” beverage, and had quite a bit of cocaine in it. The mainstreaming of home video, as well as a number of advancements in the technology, partially owes its success to the adult movie market. Will cannabis products, and CBD in particular, have a similar journey to the mainstream? We think so. 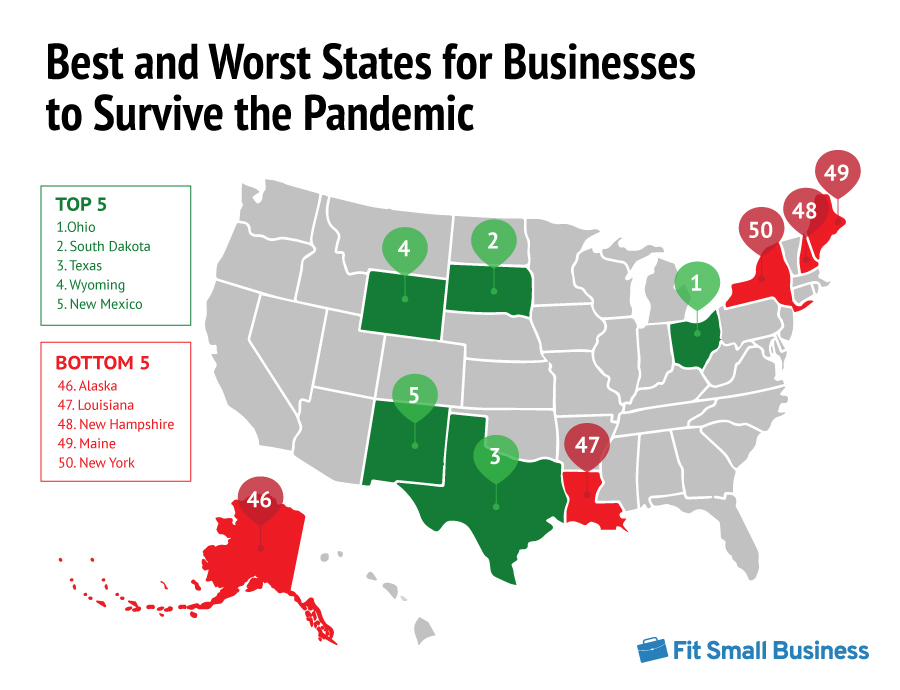 Best and Worst States for Businesses to Survive the Pandemic