Jeremy is an experienced business analyst. His expertise is featured in business website and marketing content across Fit Small Business.

This article is part of a larger series on Buying a Franchise.

If you have already chosen one of these best restaurant franchises and are in need of financing, consider using a Rollover for Business Startups (ROBS). A ROBS lets you access your retirement funds to purchase a franchise without paying early withdrawal fees or penalties. If you have at least $50,000 in a qualified retirement account, you can talk to a ROBS expert at Guidant for more information.

The following are the 10 best performing restaurant franchises:

Chester’s is a chicken restaurant that serves different food options including fried chicken cooked in a variety of styles and flavors, biscuits, sandwiches, salads, wraps, and cookies. They pride themselves on having a family secret recipe and process that’s been successful for over 50 years.They have locations in college campuses, airports, convenience stores, truck stops and supermarkets.

Chester’s has been in business since 1952 and started franchising in 2004. They currently have over 1,000 franchises nationwide. If you want to become a Chester’s franchisee, you need an initial upfront investment between $12,000 to $296,600. Their contract agreement length is 5 years and they do not have a royalty fee or ad fee.

Dunkin Donuts is a popular donut and coffee franchise known worldwide. Their vision is to deliver high-quality food and beverages quickly, affordably and conveniently in a welcoming environment. They serve donuts of various flavors, sandwiches, coffee, and juices. They also partner with other prominent and respected brands, including Coca-Cola, JetBlue, Smucker’s, and Keurig to broaden their reach and recognition.

Dunkin Donuts was launched in 1950 and started franchising in 1955. They currently have over 7,500 franchise locations nationwide and over 3,000 units outside the US. An initial upfront investment of $95,200 to $1,691,200 is required to start a Dunkin Donuts franchise. Their ongoing fees include a royalty fee of 5.9% and ad fee of 5%. Their contract agreement length is 20 years.

Firehouse Subs serves a variety of sub sandwiches and salads. Firehouse Subs is known for serving the best meats, cheeses, and toppings for their sandwiches. They prepare their subs by steaming the meats and cheeses to release a rush of flavors. These are the main ingredients for their toasted private-recipe sub rolls.

Firehouse Subs was founded in 1994 and started franchising in 1995. They currently have over 1,000 franchise locations nationwide. A total initial upfront investment range of $94,783 to $1,006,366 is required to become a Firehouse Subs franchisee. Their ongoing fees include a 6% royalty fee and 1% ad fee. Their initial contract length is 10 years, while their renewal term is 5 years.

Fuzzy’s Taco Shop serves Baja-style Mexican food such as tacos, burritos, nachos, quesadillas, grilled sandwiches, salads, and breakfast dishes. Their website promotes placing orders online so customers can skip the line. They have an app where customers can use to make online orders and earn points which they can exchange for free food.

Fuzzy’s Taco Shop was launched in 2003 and started franchising in 2009. They currently have around 100 franchise units available nationwide. If you want to start a Fuzzy’s Taco Shop franchise, you’ll need an upfront investment between $597,000 and $1,262,000. Their contract agreement length is 10 years and their ongoing fees include a 5% royalty fee and 2% ad fee.

Jimmy John’s Gourmet Sandwiches include sub sandwiches, giant club sandwiches, and their famous gargantuan sandwich. They pride themselves on serving sandwiches made from all-natural, freshly sliced meat. They also serve chips and cookies and accept bulk orders through their catering services. Their website allows their customers to order online either for delivery or for pickup.

Jimmy John’s has been in business since 1983 and started franchising in 1993. You need an initial upfront investment between $329,500 and $557,500 if you want to become a franchisee. They currently have over 2,500 franchise locations throughout the United States. Their ongoing fees include a royalty fee of 6% and an ad fee of 4.5%. Their contract term is 10 years.

Little Caesars is a pizza chain that prides themselves on using fresh – not frozen – mozzarella and muenster cheese. They offer a variety of pizza flavors and also serve side dishes such as Italian cheese bread and buffalo wings. During almost 6 decades in business, they have expanded their franchise units both all across the US and around the world.

Little Caesars was founded in 1959 and started franchising in 1962. They currently have over 3,800 franchises nationwide. If you want to start a Little Caesars franchise, you need an initial upfront investment of $334,000 to $1,370,500. Their contract agreement term is 10 years, and ongoing fees include a 6% royalty fee and 7% ad fee.

Pie Five Pizza Co. was founded in 2011 and opened their first franchise location in 2012. They now have around 30 franchise units nationwide. A total upfront investment between $456,000 and $624,000 is required to become a Pie Five Pizza Co. franchisee. Their ongoing fees include a royalty fee of 6% and an ad fee of 2%. Their initial contract term is 10 years while the renewal term is 5 years.

Smoke’s Poutinerie offers a broad menu exclusive to Poutine, a dish originating from the Canadian province of Quebec. Their goal is to bring the authentic Quebec classic to other nations around the world. Their menu includes a variety of poutine flavors with toppings such as meat, veggies, and sauce. They pride themselves on serving poutine menus made from fresh hand-cut fries, cheese curd, and their signature gravy.

Smoke’s Poutinerie was founded in 2008 and started franchising in the same year. They currently have 5 franchise units within the US and over 100 franchises outside the US. If you want to become a franchisee, you need an initial upfront investment of $311,150 to $504,950. Their initial contract term is 10 years and the renewal term is 5 years. There is a royalty fee of 6% and an ad fee of 2%.

Snow Fox has been in business since 2005 and started franchising in 2013. They currently have over 500 franchise locations nationwide. An initial upfront investment range of $5,068 to $324,695 is required if you want to start a Snow Fox franchise. Their contract agreement term is 3 years. There is a royalty fee of 10% but no ad fee. 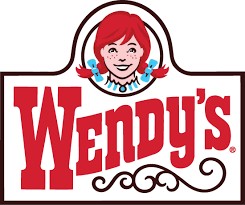 Wendy’s is known globally for their burgers, chicken, and wraps. They also serve fresh-made salads, cookies, and frosty. They pride themselves on serving fresh food and making their customers feel at home. They are among the few time-tested restaurant franchises, launching different additions to their menus in over 4 decades and grew to over 5,000 franchise units available.

The best restaurant franchises are a great opportunity if you’re looking for a new venture. However, most of the franchises listed in this article require a substantial investment. You also have to consider certain costs such as rent, manpower, and other operational expenses. Nonetheless, if you’re interested in food services, a restaurant franchise can be both fun and rewarding.

If you are in need of franchise financing for one of these best restaurant franchises, you may want to consider a Rollover for Business Startup (ROBS). A ROBS lets you use your retirement funds to buy a franchise without paying early withdrawal penalties or taxes. You only need at least $50,000 in a qualified retirement account to talk to a ROBS expert at Guidant for more information.

LOG IN
×
FREE Ebook: How To Start & Run Your Restaurant
Manage your restaurant like a pro. From the basics to the advanced.
This email address is invalid.