Companies that host corporate events and retreats, or that send people on destination work trips tend to focus on smaller, lesser-known cities to save money. Smaller cities, smaller bills, right? Maybe not. In a broad data survey of 40 popular business destinations across the country, a study performed by Fit Small Business found that the cheapest cities for business travel are actually large metropolitan locations that offer a diverse range of pricing options for all the amenities like flight, hotel, and car rental options.

For example, cities like San Diego and Atlanta, while the cost of living might be more expensive than out of the way towns, are central hubs for travel and commerce, and therefore have competitive pricing across all the things a business person would spend on travel – things like hotel, dining, ground transportation, airfare, and shared workspaces. A few smaller cities close to larger metro areas made the list, such as West Palm Beach, Florida, but overall, Las Vegas comes in at number one thanks to its inexpensive flight, hotel and entertainment options.

To find the most cost-effective cities for business travel, we evaluated and ranked 40 cities across the U.S.based on several factors that impact the cost of travel. Specifically, we shopped for flights, rental cars, taxis, hotels, dining and shared workspace in each city. We then assigned a weight to each category and ranked the cheapest cities for business travel in 2018.

In ranking these cities, we considered six major metrics:

Based on the criteria above, we found that, in general, the cheapest cities for business travel are those with large airports, a variety of transportation options and ample downtown lodging. Check out our research methodology below to find out exactly how we ranked these cities. 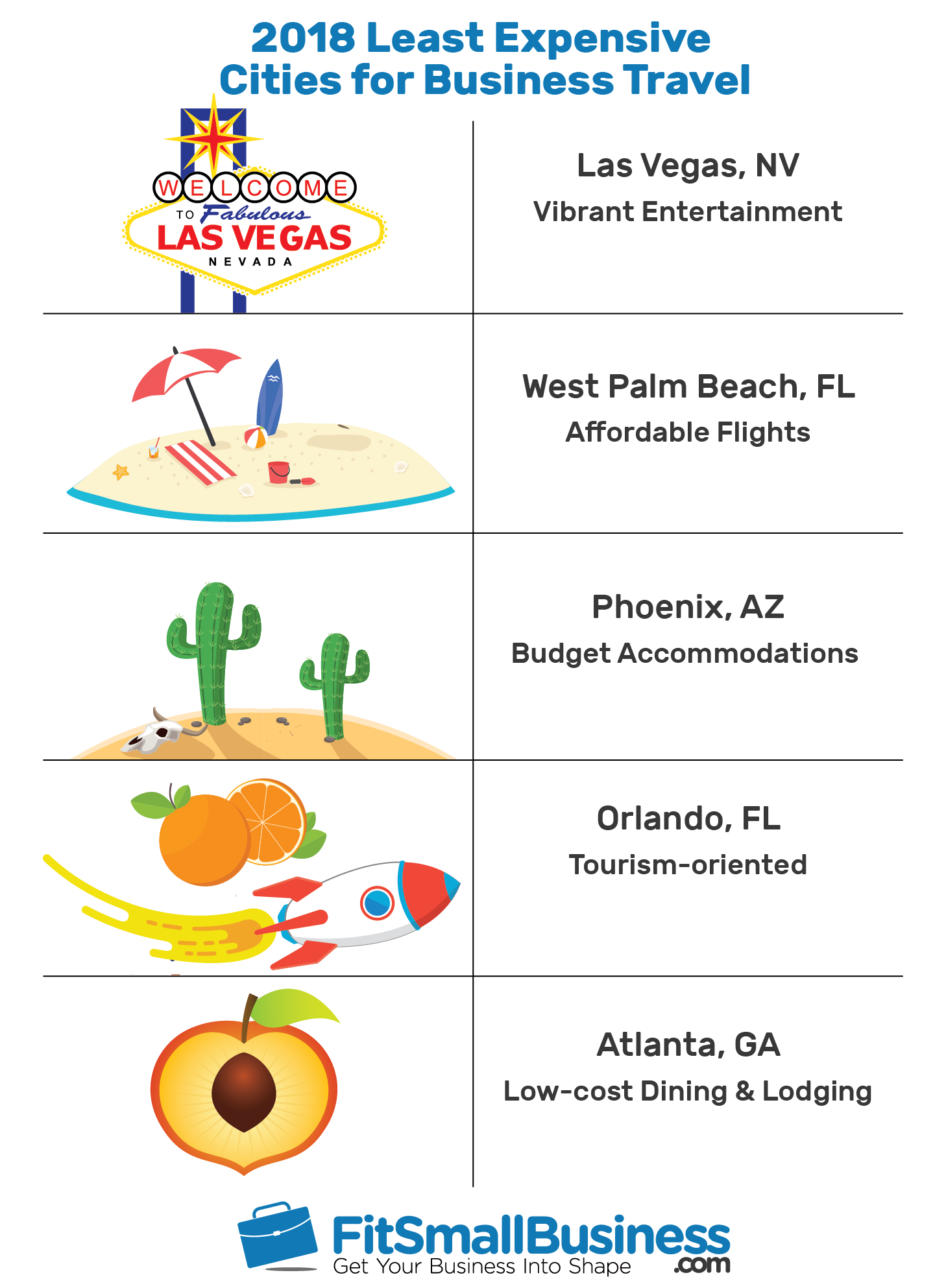 The 10 cheapest cities for business travel are:

Las Vegas doesn’t perform well for taxi costs (28th on our list) or meeting space costs (13th), but the low hotel and dining costs make it a top choice for business travelers. Specifically, travelers can get a Hilton-branded hotel in Las Vegas for $106 per night (third on our list) and enjoy a three-course meal for $50 (fourth) — a bargain considering the city’s reputation for entertainment.

West Palm Beach performed well in several categories including hotel costs, flight costs and rental car costs. Lodging in the city is especially cost-efficient, with a standard hotel room costing an average of $93 per night, which is second overall. Likewise, the city boasts the sixth-most affordable flights of the cities we reviewed, with average round-trip, main cabin seats selling for about $534.87.

Once you reach the city, transportation remains relatively affordable, with rental car costs average between $40 and $60 per day (fifth overall). However, the city’s ample fine dining options come at a cost, ranking 33rd overall and averaging $70 for two. Workspace options are also more expensive than other cities on our list, with the cost to rent a conference room ranking 32nd overall.

Phoenix performs well in the hotel, rental car and dining categories, earning it the number three spot on our list. Hotel rooms in the city were the third-cheapest on our list, with a cost of $106 per night, making the city an affordable place to stay for business travel. Plus, dining is affordable, with a mid-range meal for two costing about $50 (tied for fourth on our list).

Business travel is relatively inexpensive once you get to Phoenix, but traveling there can be costly with flights costing $591.67 on average (14th). In addition, taxis in Phoenix are more expensive than in other cities on our list (15th). If you want to save money on transportation, opt for a rental car, which will cost you about $41 per day — fourth on our list.

As the fourth cheapest city for business travel, Orlando proves its mettle in the tourism industry. The city ranks first for lowest dining costs, with an average meal for two costing just $45. Orlando also performs well for transportation, including travel to the city and local transportation within the metropolitan area.

Flights to the city cost $556.80 for a main cabin seat, which is 10th on our list. Once business travelers arrive, rental car costs just 37.29 per day (ranking second) and taxi costs rank sixth overall. However, meeting and hotel costs in Orlando reflect the city’s high real estate values, with meeting space costing $35 per hour (13th on our list) and a Hilton-branded hotel costing $175 (22nd).

Coming in as fifth on our list, the ATL welcomes business travelers with the third-lowest costs for hotel rooms and the fourth lowest for dining. On average, a Hilton-branded hotel room costs $106 per night on a weeknight and a mid-range meal for two is expected to cost about $50. The city also ranks 12th overall for flight costs ($568.40), cementing its place in the middle of our top 10.

Upon arrival, travelers can also take advantage of the ninth-cheapest taxi transportation of the cities we evaluated. However, Atlanta ranked 22nd on our list for rental car costs, so opt for a taxi or rideshare if you’re in town for business. Plus, don’t forget to take advantage of the city’s high-caliber and affordable shared workspace options, including a Davinci meeting room for just $35 per hour (11th overall).

Tucson excels because of its low hotel and dining costs — both of which ranked first among the cities we considered. Business travelers can stay in the city for about $88 per night and meals will cost an average of $45 for two people. Likewise, Tucson had the second-most affordable taxis of the cities we evaluated and the sixth-most affordable rentals cars — at just less than $40 per day.

The cost to stay in Tucson is among the lowest of the cities we considered, but a flight to the city is one of the most expensive. The city ranked 33rd, with an average flight cost of $815.43 for a main cabin seat. In addition, renting a conference space for your business will be more expensive than in many of the cities we evaluated — costing $40 per hour (17th).

Ranking seventh overall, visitors in San Diego benefit from low airline costs. On average, flights to the city cost an average of $491.13 — fifth overall. However, while the city ranks in our top 10, the majority of travel-related costs are relatively moderate as compared to other cities we reviewed, perhaps because of the city’s popularity with tourists.

For example, the city ranks 13th for taxi costs and 18th for rental car costs (about $65 per day). San Diego visitors should also expect to pay more for a hotel than in many other cities we reviewed, with a standard room costing about $163 per night (17th). Meals are also moderately expensive as an average meal for two is expected to pay $60 (17th on our list).

The cost of getting to and staying in Miami may be more affordable than other cities we reviewed. Additional costs like taxis and dining are among the most expensive on our list, with taxi costs ranking 23rd and dining costing an average of $72 for two people (37th). However, for many business travelers, Miami’s world-class dining and entertainment are well worth the price tag. 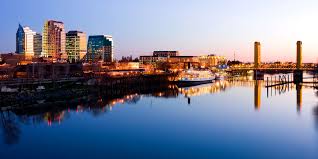 Sacramento ranks ninth on our list because of the availability of low-cost conference rooms for rent and moderate hotel, transportation and dining costs. Flying to the city costs an average of $593.53 (15th), depending on your home airport, and the average cost of a taxi ranks 15th among the cities we considered.

Ranking 10th overall on our list, the nation’s capital ranks third for meeting room costs ($25 per hour) and eighth for flights at an average of $548.80 for a round-trip ticket. Rental cars in D.C. are also among the least expensive on our list, with an estimated price tag of about $59 per day.

However, costs in the nation’s capital are more expensive once you leave the airport. In fact, the city ranks 22nd for hotel costs at $175 per night and 33rd for dining ($70 per meal). Plus, hailing a cab in Washington is sixth-most expensive of the cities we considered — due, in part, to heavy local traffic.

We based the ranking of the cheapest cities for business travel on 12 metrics across six total categories. Cities were ranked for each metric, and each of the categories was given a weight-based on the role of common travel services in the average business trip. We then multiplied the weight for each metric by each city’s ranking to come up with the weighted ranking and added the categories together to come up with an overall score, which was used to rank each city.

The six categories we used to identify the cheapest cities for business travel in 2018 are:

Each flight was priced based on a main cabin seat on a Delta Air Lines flight. In addition, the flight prices were based on a Monday to Wednesday return flight.

Average rental car costs were obtained for each city based on full-size vehicles through three brands: Enterprise, Budget and Avis. We obtained the cost to rent a vehicle from airport locations in each city based on a Monday pickup and Wednesday drop-off. We then ranked the cities for each rental company and averaged the rankings to obtain an overall rank for each city.

We evaluated hotel costs in each city based on the cost of a standard room at a Hilton-branded hotel. Prices were obtained for either a Hampton Inn or DoubleTree hotel for a Monday check-in and Wednesday checkout. If there were multiple options, we chose the hotel location closest to the city center.

Dining costs in each city were compared based on the cost of a three-course meal for two people at a mid-range restaurant. The data, which were obtained from Numbeo, accounted for only 10 percent of our overall algorithm because the cost of dining is extremely variable.

Taxi costs are represented by three metrics: taxi start price, hour waiting price and the average length of a one-way trip. These values were obtained from Numbeo and collectively illustrate the average costs of taxi rides in each city we evaluated. Cities were ranked based on each of the three metrics and averaged to obtain an overall ranking.

Business travel is a necessary part of most companies, but it can be expensive. We ranked 40 cities based on the costs of flights, rental cars, taxis, hotels, dining and shared workspace. Then, we assigned a weight to each category and ranked the cheapest cities for business travel in 2018. Whether you’re considering expanding your business to another market or choosing a location for a business retreat, check out our list.

If you’re planning to host a conference as part of your travel or want to host clients locally, check out our guide to event planning for small businesses. 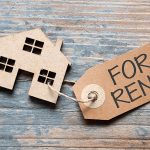 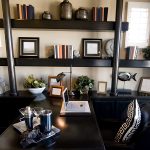