If you’ve lived in a Midwestern state, you’ve probably heard the saying, “Here, we have only two seasons: winter and construction.” Although it’s an overstatement for humor’s sake, it’s true that there’s always something under construction. Let’s look at what’s going on in this industry with these construction statistics and trends.

On the rise from 12.4% in 2014, construction makes up a sizable portion of the global economy. This is an encouraging sign, as it means other industries that call for new construction are on the rise as well.

With both private and public sector construction spending combined, the U.S. spent more than a trillion dollars on construction in 2017 alone. This is perhaps an all-time high, with the majority being spent in the private sector.

3. New York City has set aside around $70 billion to spend in construction in 2019

After spending $45 billion in 2018, New York City has upped the ante with a plan to invest around $70 billion into construction projects for 2019. This means lots of work available for construction companies in New York.

4. There are more than 70,000 commercial construction businesses in the U.S.

Across the nation, there are tens of thousands of construction businesses ready to take on commercial projects. This number will most likely rise as the construction industry as a whole continues its upward trajectory.

5. Labor positions in construction have become difficult to fill

Surveys among those in the construction industry show that 80% of respondents have had difficulty filling hourly positions, and 56% have struggled to fill salaried positions. This is not a new challenge, and many in the industry have compensated by running lean crews or asking current workers to put in more hours.

Though crews are generally short-handed, the construction industry still employs more than 10 million individuals. This is a number that has seen lots of ups and downs through the years, but it is on a slow rise since 2010 so, hopefully, the labor shortage gap is beginning to close.

7. Less than 10% of workers in the construction industry are female

Construction is a typically male-dominated field. Statistics show that only 8.9% of construction workers are female. This could be due to lack of interest, but some claim the male-heavy environment is unwelcoming for women.

8. General contractors and construction managers make an average of about $91,370 per year

While managers and general contractors can expect around $43 per hour, construction laborers average closer to $33,000 a year on average or around $16 per hour.

9. The median age of construction workers is 42 years old

Construction workers, in general, tend to be older, with only around 10% under the age of 25. However, education incentive programs are being implemented to draw in more laborers, and this could also serve to attract younger individuals to this field.

10. Almost 30% of construction workers are Latino or Hispanic

The construction labor force consists of almost one third Latino workers, and this is a number that has been steadily on the rise and is only expected to grow.

Depending on the size and type of construction company, these businesses can bring in anywhere from $50,000 to a million dollars in profit yearly. The amount of profit will be directly correlated to the number of employees in the company and the size and number of jobs taken on yearly.

12. The five-year survival rate for construction businesses is 36.4%

Everyone knows how difficult it is to get a small business off the ground. In the construction industry, the likelihood that a new company will survive longer than five years is 36.4%. To succeed in this industry, an owner needs to have a good idea of the lay of the land, along with a handle on properly pricing projects.

Overall, the construction industry has been showing steady growth, and this is projected to continue at a rate of 4.5% through the coming year. This means great opportunities for employment in construction and plenty of work available for construction businesses.

As the U.S. population is expected to grow to 338 billion by 2020, so the housing market is rushing to catch up. This boom has made residential construction a highly sought-after portion of the industry.

15. 3D printing technology is used by 4% of contractors

As technology advances, so does productivity. 3D printers have been a big development in construction, as now portions of buildings or even entire structures can be printed rather than built from scratch. Construction will continue to make use of this technology more and more as it becomes more developed.

16. In 2017 alone, the use of building information modeling software increased by 12%

Another new technology that’s on the rise is building information modeling (BIM) software, which helps in strategizing and implementing construction plans. This software is becoming an asset to construction companies who use them on site to streamline operations.

17. 37% of construction firms are experimenting with drone technology

Drones are incredibly useful in construction. They can help visualize and map projects for more accuracy and precision. Their benefits are rapidly being realized and harnessed, as more companies begin to deploy drones in their day-to-day activities.

18. Construction productivity software save companies an average of 5 hours a week

Of the construction businesses that use construction productivity software, 32% report that it saves them around 5 hours a week. This is a considerable time saver, all from using a simple software.

19. It’s estimated that AI technology can boost profits by 71%

By 2035, it’s projected that the construction industry can see a profit increase of 71% by making use of artificial intelligence (AI) to streamline operations and increase precision.

20. 65% of construction company owners use mobile devices to complete projects

Mobile is one of the most popular technology formats, and this is no exception in construction. Mobile devices are helping owners and contractors complete projects more easily and efficiently than ever.

21. 75% of construction companies now use social media for promotion

Though many B2B companies have traditionally been slow to adopt social media tactics, the construction industry is catching up, with 75% of businesses present on social platforms.

These construction statistics prove the industry is booming, and it will most likely continue to grow if current trends continue. Massive strides in technology may balance out the current labor shortages to create a thriving environment for construction companies to grow with the demand. 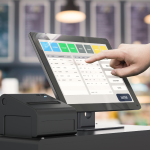 How Much Does a POS System Cost? 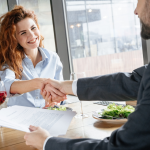 How to Buy a Restaurant in 5 Steps