The National Federation of Independent Business, referred to as the NFIB,  is an organization which represents the interests of small business owners to politicians on a national and state level. The organization has 350,000 members, with the average member having 10 employees. To be part of the organization, members must pay substantial dues ranging from around $200 to $10,000 depending on the organization’s revenues. For a company of 10 employees to invest several hundred dollars into dues, they must have a strong belief in the organization.

To find out what political issues small business owners are passionate about, I interviewed Brad Close, the NFIB’s Vice President For Federal Public Policy. The answers below are not Brad’s words, but based on my notes from the interview.

How would you describe the NFIB’s members political philosophy?

Most small business owners did not start their business with the goal of becoming the next Microsoft. One of their  primary motivations for running a small business is to have the  freedom to make their own choices and control their own destiny. As such, they favor less government regulation and market based solutions to problems.

They also want to be treated fairly by the government and not to have to compete on a playing field that favors large companies.

What specific political issues do your members care about?

The top issue for our members for the last twenty years has been healthcare. They are very concerned about the increasing costs of providing health insurance to their employees.

There is a new tax which is part of the Affordable Care Act which will lead to a major increase in premiums for small business owners and individuals that purchase their own insurance. We estimate that this tax will end up increasing the premiums for a family of four by about $400 – $500. This tax doesn’t hit large companies nearly to same degree as small companies, because companies that self insure are exempt. Small businesses are being asked to pay more than their fair share.  Also, small business owners are concerned about how the law is changing the definition of what it means to be a full-time employee, by defining a full-time employee as working 30 hours per week.

What non-healthcare issues have recently been important to your members?

Section 179 of the tax code allows for accelerated depreciation of major business investments in the year that they occurred, versus depreciating them over the time of their usefulness. In 2013, deductions of up to $500,000 were allowed for business property improvements.  This deduction shrinks to only $25,000 for 2014. This decrease had double negative consequences for small businesses. First, of course, it decreases the incentive to make long-term capital improvements. Secondarily, when a small business makes an improvement in their property, the companies doing the work tend to be other local small businesses.  For example, a business which owns a local strip mall wants to improve its signage visible from roads. The company that is going to be manufacturing and installing that sign is probably a local small business.

How do you know what issues your members care about?

We poll them twice a year on national issues and at least once a year on state issues.  Each member’s vote counts the same. Unless the majority of votes come down on one side of an issue, the NFIB will not take a stand.  We have also compared how the views of NFIB members compare to the small business community in general. The poll results are very similar, usually within 1 or 2 percentage points. The NFIB members are representative of the small business community as a whole. 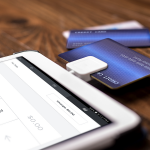 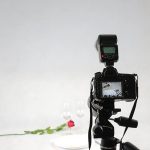