Need to build your professional network? Scrap the old-school networking platforms like LinkedIn and go with something far more avant-garde—like a hookup app.

Apps like Hinge and Tinder aren’t exactly synonymous with career advancement, but with approximately 34 million Americans using dating or social networking apps, there are bound to be some in the mix who are better professional connections than romantic ones.

No wonder, then, that an increasing number of users are signing on to pursue professional growth—not personal desire. To see just what surprising business and career growth opportunities exist in the digital ether, we researched unconventional networking channels that can help you make smart money moves.

The digital platforms we compiled met these baseline criteria: 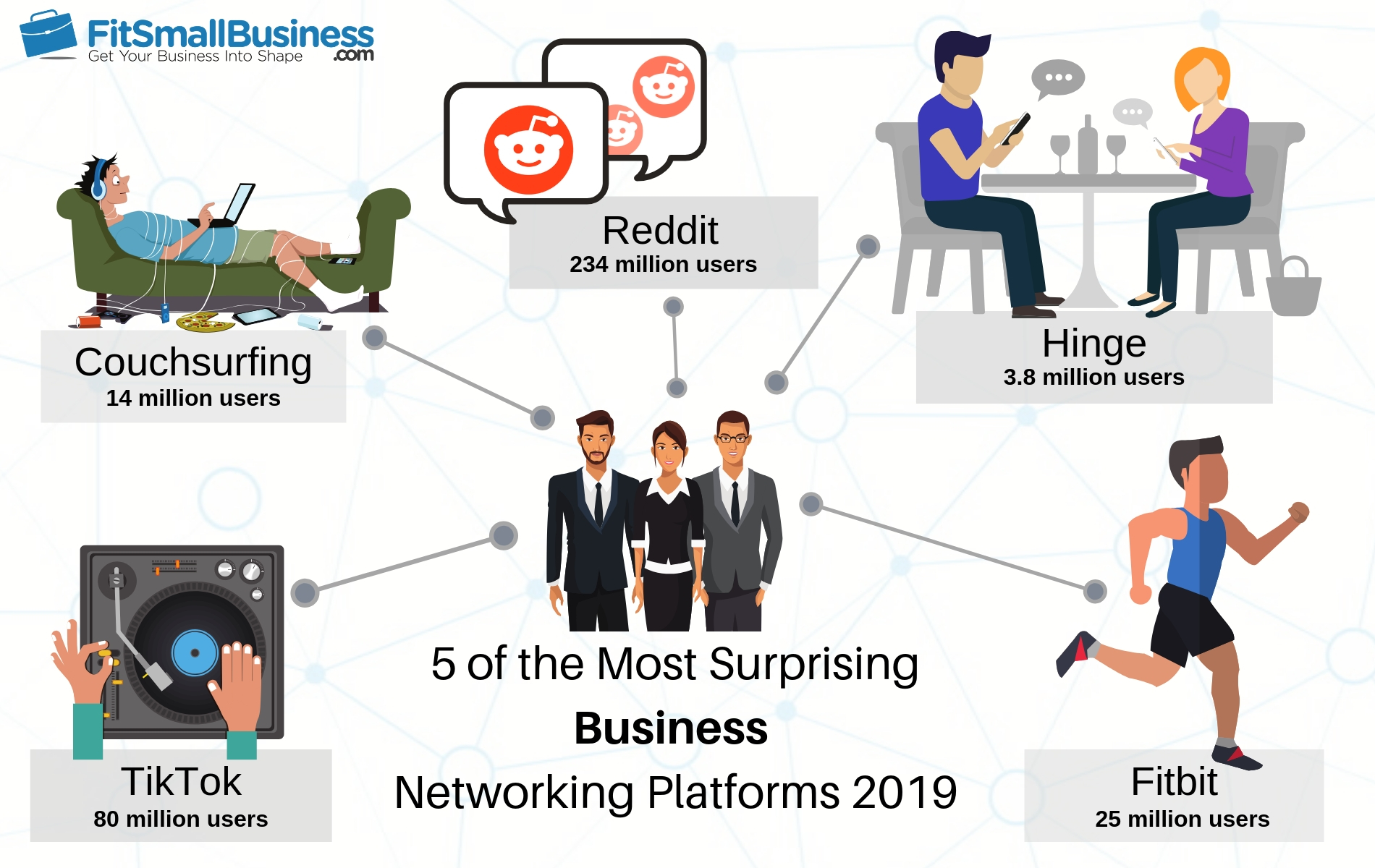 Five of the most surprising business networking platforms 2019

Here are 12 of the most surprising digital platforms for business networking in 2019: 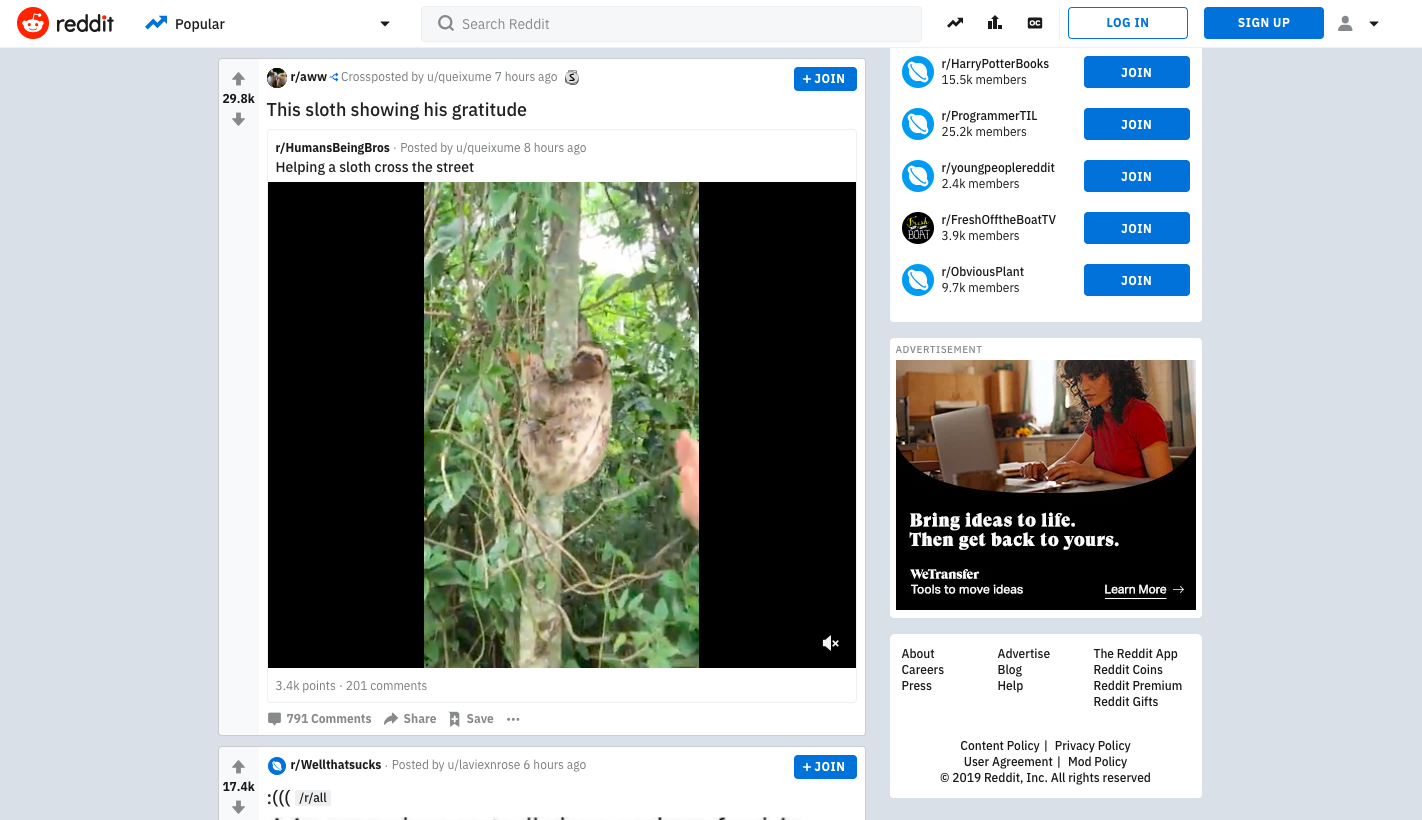 Reddit is one of the world’s largest forums, with over 234 million users. It was designed as a news-sharing platform, though it now covers nearly any topic you could imagine and has subforums, or Subreddits, dedicated to specific topics. In fact, there are over 138,000 active Subreddit communities. This means that people are networking based on shared interests and opinions, leading to professional connections for many users. 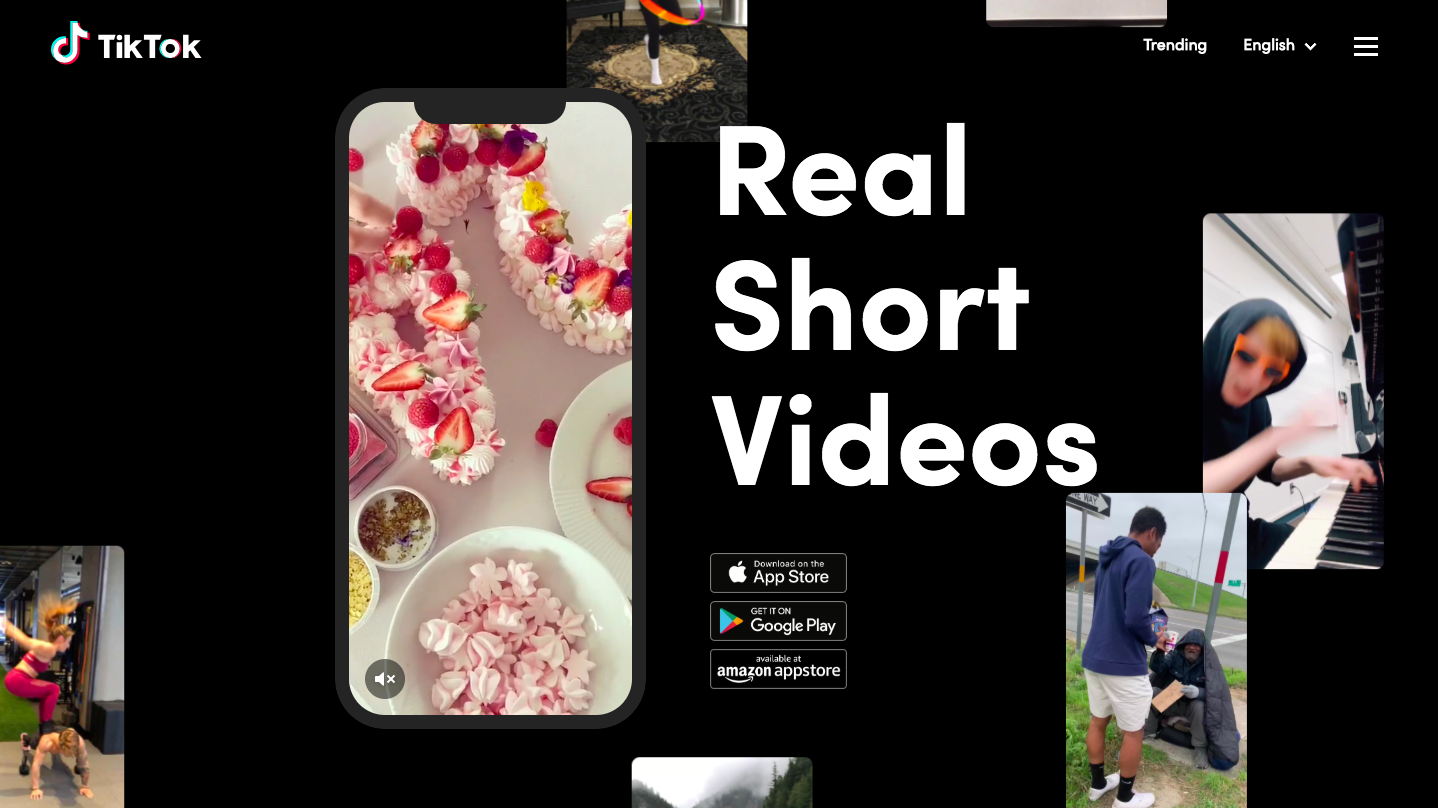 TikTok is a short-form video app where users share creative video clips with the world, building communities and connections in the process. It’s similar to Facebook and Instagram, but it tends to be more playful. These videos have more personality than more polished clips on other social platforms; people feel like they get to know users by following their accounts and regularly tuning in to watch their vids. This engagement can lead to larger followings on other social networks, too, making it a good overall networking app for business-minded folk. 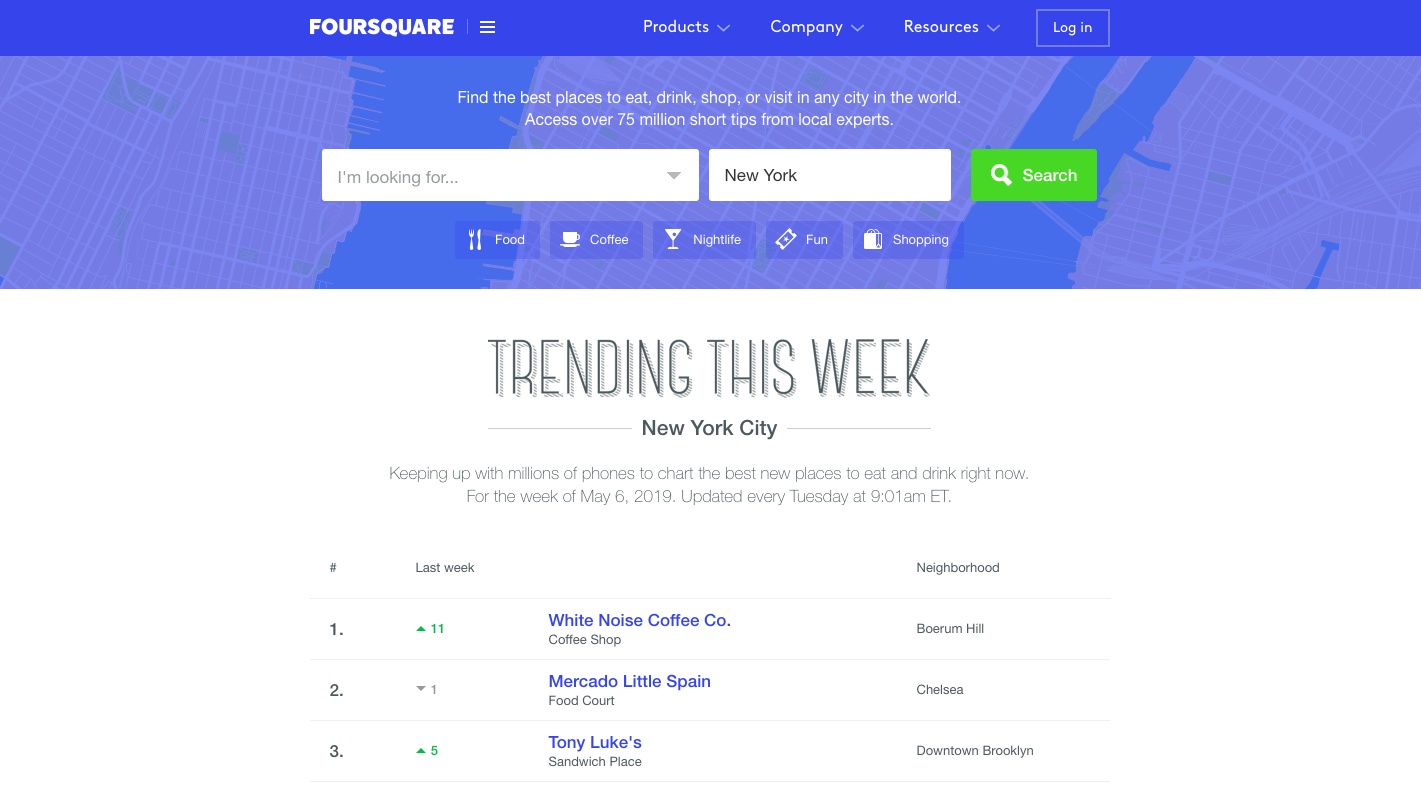 Foursquare is an online business directory that gives users the ability to virtually check-in to local places. You can also leave reviews of businesses, but to do so, users must have a Foursquare profile. Once set up, they can connect with others based on mutual likes of local hot spots. These shared interests have been known to spark meetups and happy hours that result in new business connections and job opportunities. 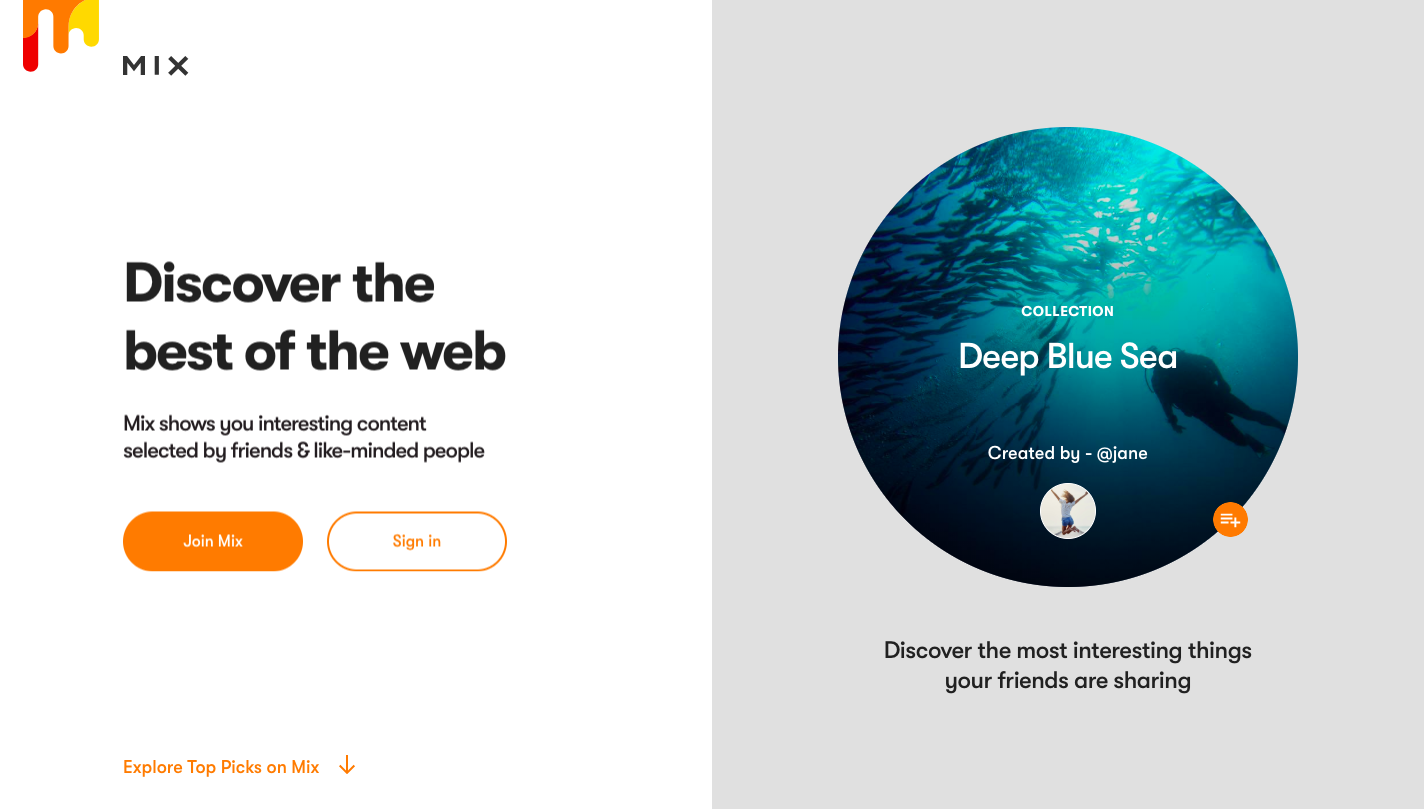 Mix, formerly StumbleUpon, is a website used to discover unique and interesting things online—from mind-blowing studies to jaw-dropping architecture and design. It gives businesses a way to be discovered by submitting samples of their work or educational resources (as a supplement to content marketing blogs), but it also gives users the opportunity to follow and collaborate with these businesses. The result is often new professional connections that might not otherwise have been possible. 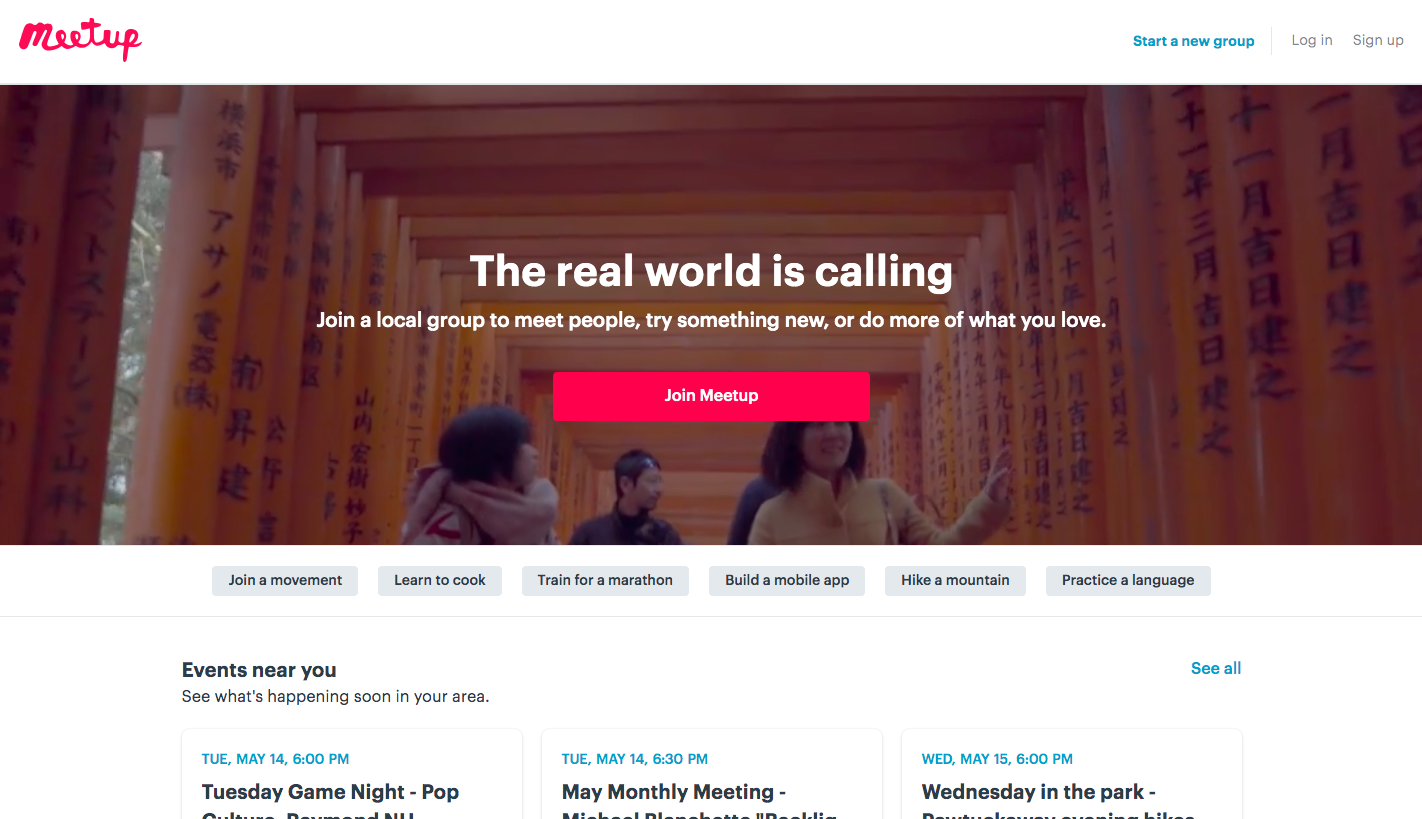 Meetup is a platform for finding online and local groups, mostly for social purposes. Joining a runners’ group or chess club isn’t the end-all of the platform, though; people are using it to make real professional connections. Why? Well, people like to do business with those they like—and people with whom they have interests in common. Turns out that wine club might land you more than just new drinking buddies. 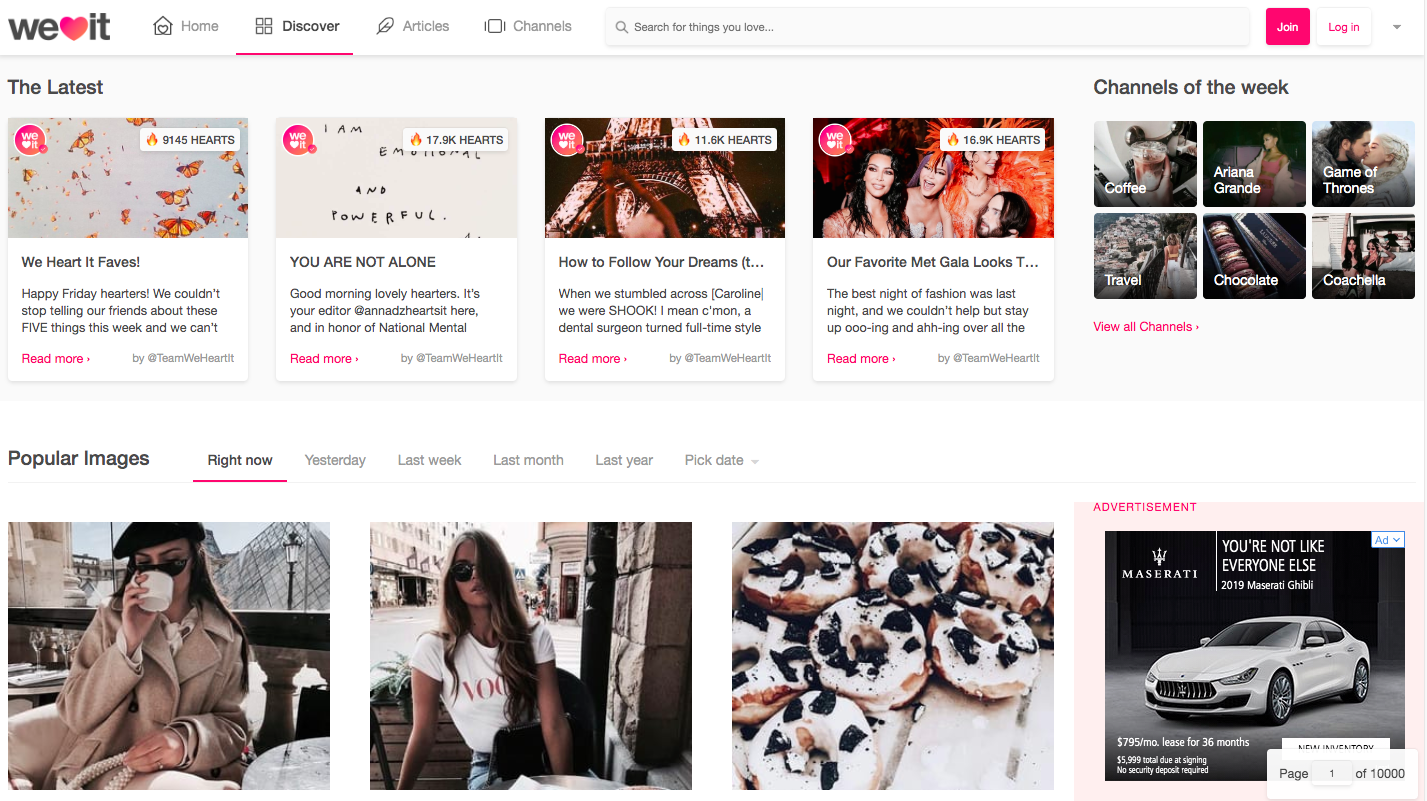 WeHeartIt is a photo-sharing social network. It’s similar to Pinterest, though it is lesser known and, therefore, less saturated with users and content. Still, it’s a great platform for businesses that want to generate interest in their products and connect with similar business types. Browsing and following other accounts might just inspire new product or marketing ideas.

What it’s designed for: Fitness and health tracking
Number of users: Estimated 25 million 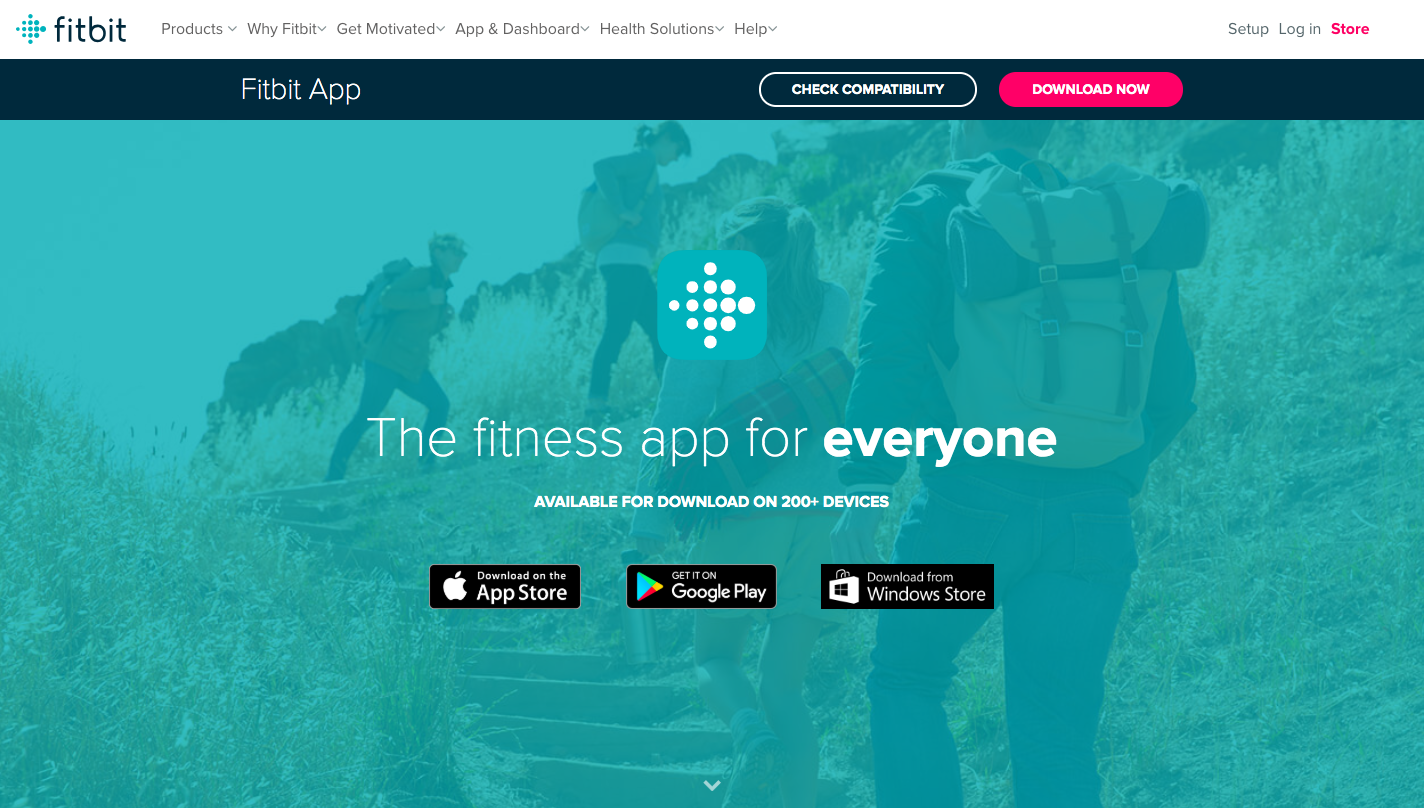 Fitbit—the watch that tracks activity—also has a robust, engaged community of over 25 million people. In this community, people share their fitness journeys with others while making friends and sparking inspiration. The community is remarkably tight-knit—in large part because members share a common goal, resulting in meaningful connections. While often personal, these connections have also been known to benefit member careers and further professional goals. 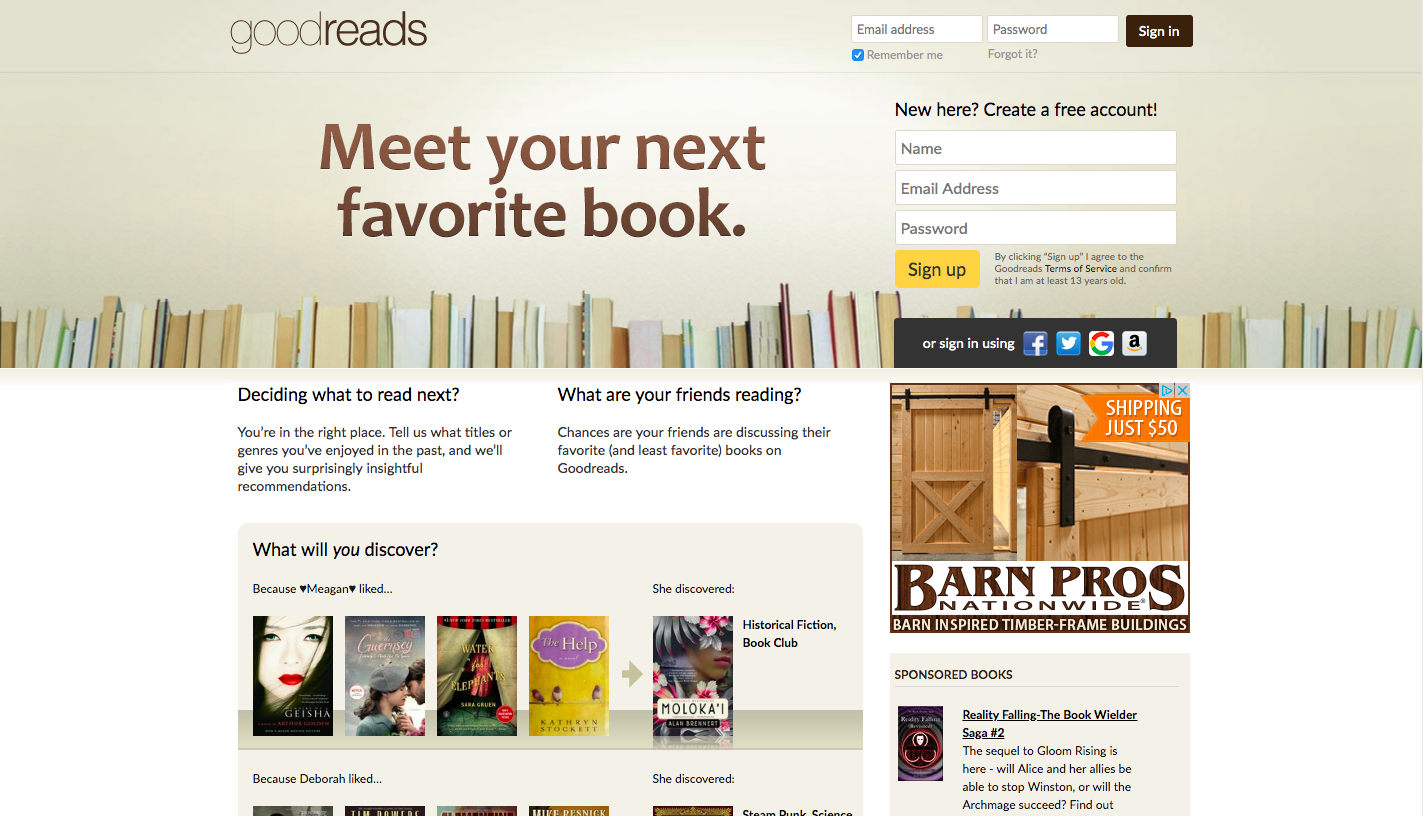 Goodreads is the world’s largest book recommendation site. While it’s long been a networking platform for authors, it’s become a great place to rub elbows with fellow book enthusiasts as well. Users share opinions and recommendations on books and build a network of contacts with similar interests, which often include professional writer contacts. For budding authors, these connections can lead to agent representation and, if they’re lucky, publication of their work. 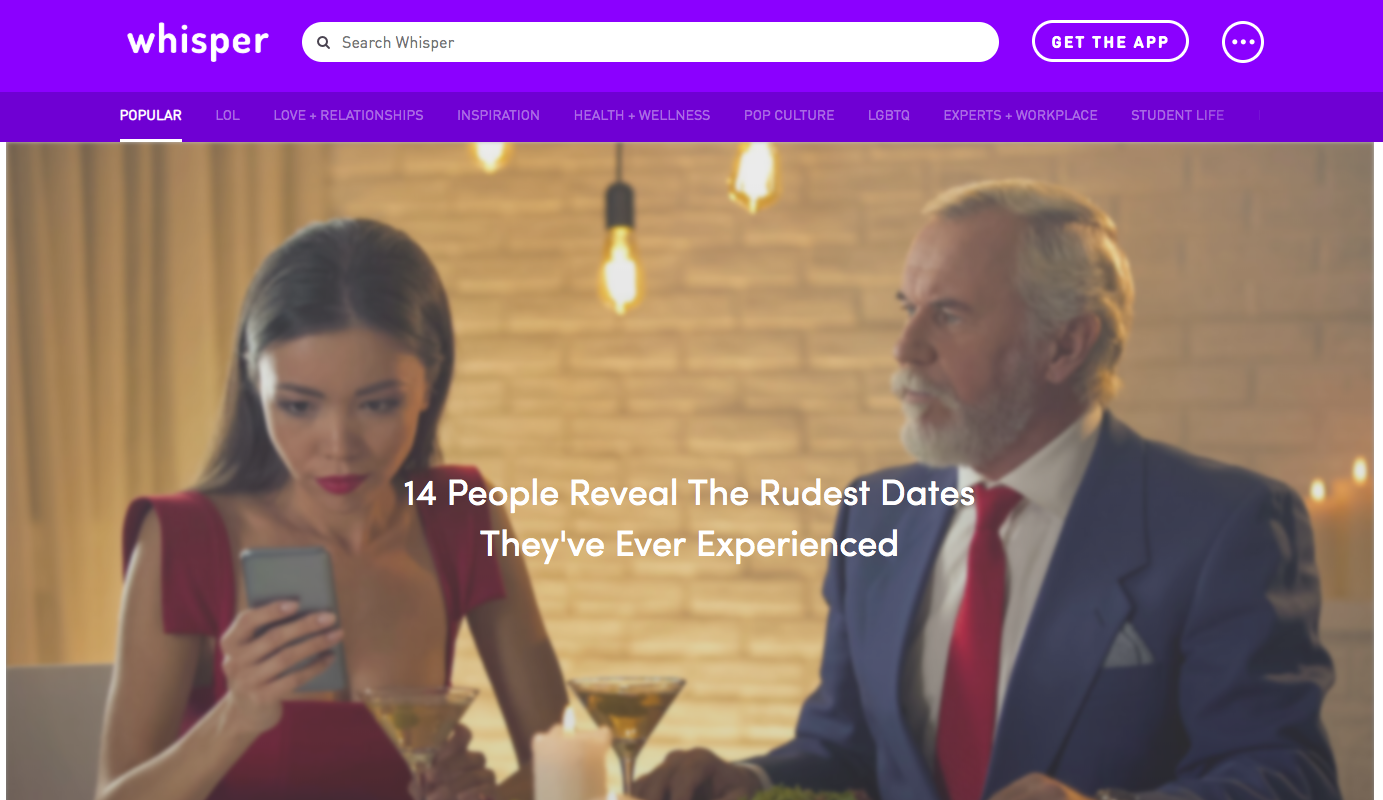 Generally, secrets are reserved for our most trusted friends. Whisper, however, is a secret sharing app where people can share their deepest, darkest secrets with the world anonymously—sort of. You can choose to stay anonymous (using a screen name), but that doesn’t mean you can’t connect with others. You can actually follow other anonymous users and, if both parties are interested, meet up for a face-to-face chat. While many users stick to personal topics, these can intersect with professional concerns and desires. Such revelations have been known to intrigue some Whisper-using employers looking for top (honest) talent.

What it’s designed for: Hospitality and home sharing
Number of users: Estimated 14 million 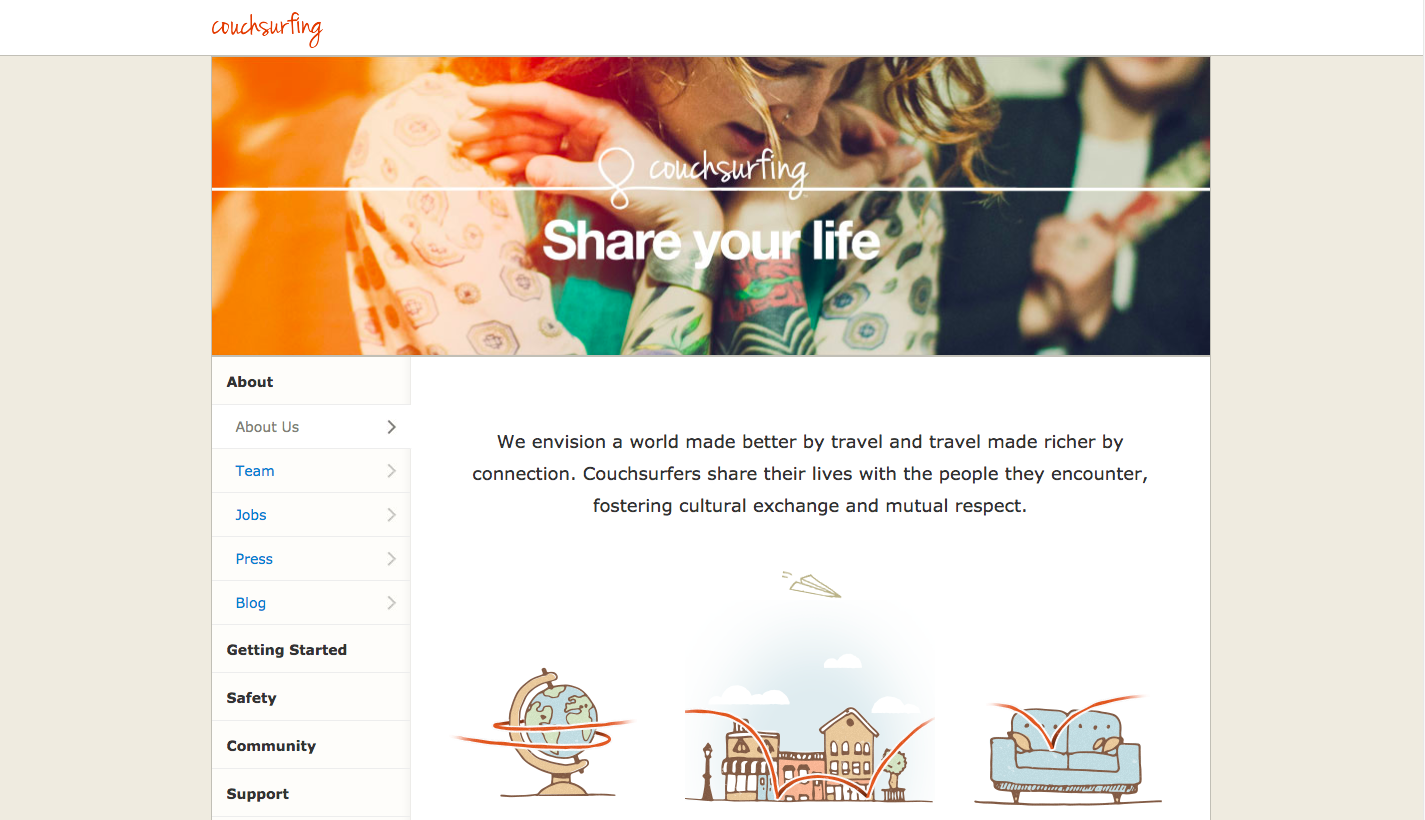 Sleeping on a stranger’s couch—or inviting one to sleep on yours—might sound like the premise of a horror film, but 14 million people attest otherwise. Trust is a major element in business and it’s also at the heart of offering or accepting a stranger’s accommodation. Even if you have no interest in sharing your home, Couchsurfing can be a great way for travel-weary business folks to connect with like-minded, trustworthy professionals in cities across the globe. 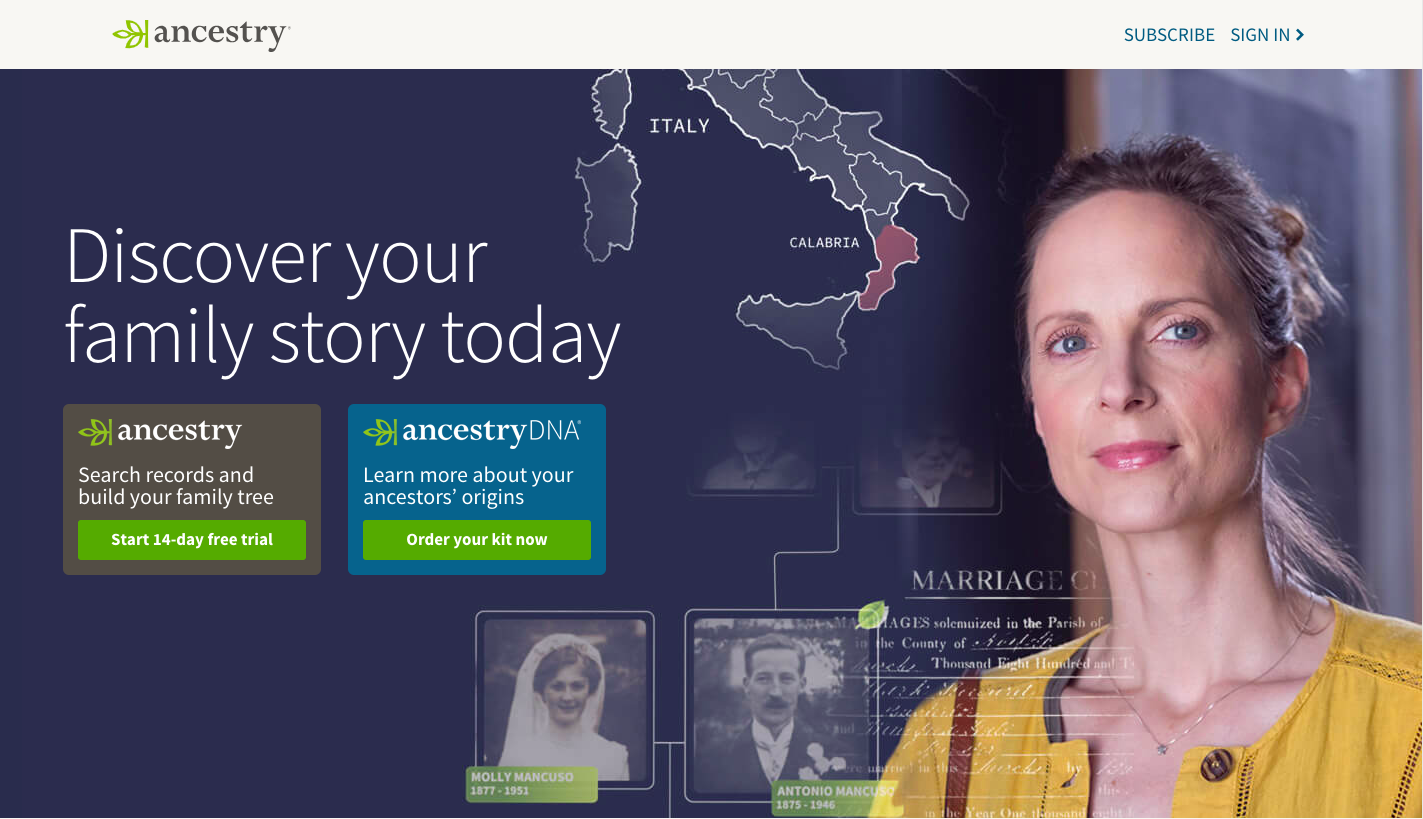 AncestryDNA, a provider of at-home DNA kits, can unveil the details of your ancestral heritage. But it does more than that; when users take the DNA test, they are required to create an online profile so they can receive their results. User profiles include a section of other, potentially related users with contact information. While this information has led to the reuniting of some families, it’s also paved the way for new business ideas; after all, people are most likely to do business with friends and family.

What it’s designed for: Dating and relationships
Number of users: Estimated 3.8 million 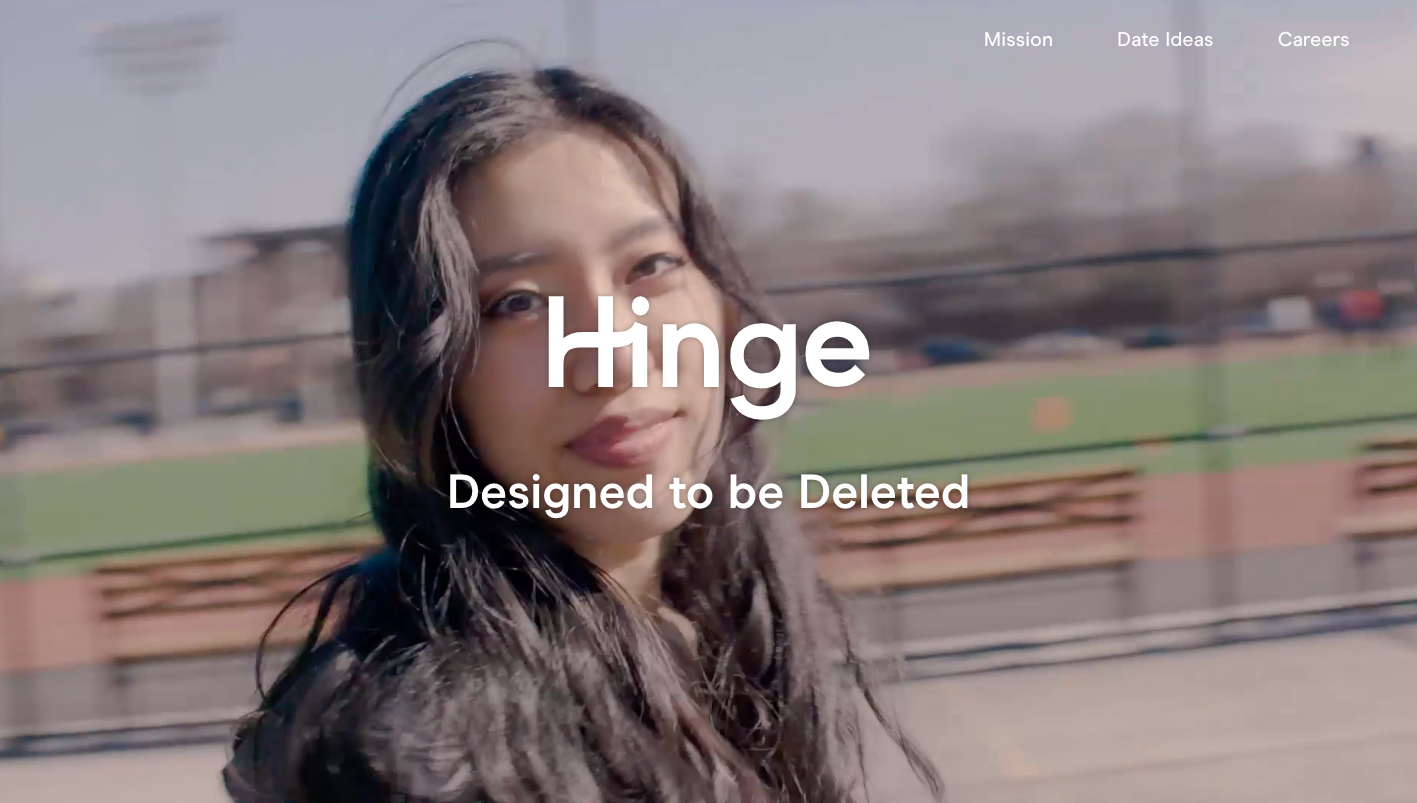 Romantic relationships aren’t the only thing catching fire on dating apps like Hinge (recently acquired by the parent company of notorious hookup app Tinder). Professional networking is happening among the 3.8 million users, too. This is in part because online dating platforms are very character-driven, though Hinge adds some interesting information to user profiles—employers and job titles. Why? Well, talking about your job is a good way to break the ice.

Not so single? Try using Bumble Biz instead—a cousin to the celebrated dating app, Bumble. It’s specifically designed for professional networking, so you can focus on swiping through contacts who might be able to help you achieve your career goals—instead of your #relationshipgoals.

We based the ranking of the 12 most surprising platforms for business networking on five categories.

Not Designed for Business Networking

Minimum User Base of 1 Million

All social networks had to have a minimum user base of 1 million. This shows that the social network is well-established and has a large enough user base to provide a good deal of professional networking potential.

Social networks typically start in a specific city and expand to other cities before growing into a nationwide network. However, platforms focused on one location limit the user base; to avoid this, we sought social networks that are available nationwide.

To make our list, each social networking platform had to be of general interest. There are thousands of niche social networks, and while niche networks can be a highly effective way of networking, they are not necessarily relevant to a larger audience.

We may think our social networking apps are all fun and games, but it turns out they have incredible business potential. Led by character-first millennials, digital devotees are starting to use non-mainstream platforms to generate business ideas, build their professional networks, and uncover new job opportunities. If you’re looking for some new connections, browse our list of networking apps above and build out your professional Rolodex.