“There was a clear need to provide this functionality to displaced FormsCentral users,” said Aytekin Tank, founder of JotForm. “I’m thrilled that we’re able to provide new users with all the features they had before, plus dozens of features they haven’t had the chance to experience yet.”

When the announcement hit that Adobe FormsCentral was shutting down, alternative online form providers took notice. Some promoted their competing services; others built import tools to ease the transition. Through this JotForm has been a forerunner, whose import wizard not only transfers forms, but also associated data. By simply entering one’s FormsCentral login credentials, users can migrate their entire account to JotForm.

Setting up forms is no small task, and to have to do it again is daunting. To complete the whole process in one easy step is a profound relief to the myriad of ousted FormsCentral users. Already 30,000 forms have been imported accompanied by more than 1,000,000 data fields. For those who don’t want to transfer their entire account, they can list only the forms they wish to transfer and import the data separately.

“Giving users the best experience possible is what JotForm’s all about,” Tank said. “The FormsCentral shutdown gave us a chance to use technical innovation to solve a real pain point.”

All this has been well received by newly transferred users. But some were left behind.

FormsCentral not only supports online forms, but also offline PDFs. The workflow is to design a form with FormsCentral, export it to a fillable PDF, send it to users to fill out and then later return. JotForm now supports this workflow as well so its new FormsCentral users can continue to use fillable PDFs as they always have.

JotForm’s handiness follows suit with recent announcements. In 2014 it made headlines for bringing the fun to online form building with its world-class Form Designer. With it not only will its forms work, but they’ll also look gorgeous. Designers have the option to add their new form designs to the Theme Store for all to use.

Changing online form builders is tough. JotForm stands first among FormsCentral alternatives with its unmatched import tool and full-featured online form builder. Its most-basic offering is free up to 100 form submissions a month and comes with 8,000 templates to match any industry. Hundreds of form widgets add functionality such as picture taking and signature fields. JotForm touts 100+ integrations with leading services including PayPal, SalesForce and ConstantContact. Enjoy unlimited forms and limitless possibilities. 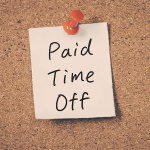 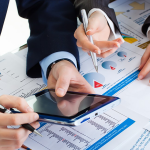