Travelzoo Becomes the Only U.S. Listed Company with an 80% Female Board

NEW YORK, June 19, 2018—Global travel deals publisher Travelzoo® (NASDAQ: TZOO) today announced it has become the only U.S. listed company to have 80% of its board of director seats held by women—the highest female-to-male ratio of any NASDAQ or NYSE-listed company. The landmark event will be commemorated today with a Travelzoo sponsored discussion featuring an all-female panel moderated by Tina Brown, C.B.E, founder and CEO of Women in the World Media and creator of the Women in the World Summit. Today’s event spotlights the ongoing issue of lack of gender diversity within listed companies.

The women will be featured panelists in a discussion about strategies for improving female-to-male ratios in executive leadership, and how to address the challenges that hinder progress. Panel moderator Tina Brown commented: “In order for women to take their rightful place in the C-suite, they need a seat at the table—the boardroom table to be exact. I salute Travelzoo for not only recognizing the invaluable contributions women can make by appointing them to its board, but doing so with such whole-hearted, ground-breaking enthusiasm.”

Lack of Board Gender Diversity Remains a Persistent and Global Problem

Today’s event serves as a reminder that despite advances, female representation on listed company boards remains low around the world. Consider that:

“A board of directors should consist of the most qualified individuals being elected. Furthermore, having different perspectives is very important,” said Ralph Bartel, founder and chairman of Travelzoo. “I find it disconcerting that only 5 of more than 4,000 U.S. listed companies have 60% or more female board members. I look forward to seeing many more listed companies around the world re-define their boards.”

Esteemed fashion designer and business woman Diane von Furstenberg commented: “Travelzoo is making a commitment to women and is leading the way with its 80% women on its board! And its landmark achievement is a starting point for many other businesses to follow.”

Media interested in more information or in arranging an interview with Travelzoo board members should contact Travelzoo directly at cjordan@travelzoo.com. The female board members will selectively be available for panels and interviews globally. Images can be downloaded at press.travelzoo.com.

Travelzoo® provides our 28 million members insider deals and one-of-a-kind experiences personally reviewed by one of our deal experts around the globe. With more than 25 offices worldwide, we have our finger on the pulse of outstanding travel, entertainment, and lifestyle experiences. For over 15 years we have worked in partnership with more than 2,000 top travel suppliers—our long-standing relationships allow us access to the very best deals.

Kristi is a staff writer at Fit Small Business, focusing on marketing for small businesses. Her past experience includes founding, growing and selling her own full-service digital marketing agency. Her expertise includes content marketing, public relations, social media marketing, email marketing as well as event marketing. She has worked with over 500 small businesses & start-ups in her career. When she isn't writing or giving out marketing advice, she can be found planning her next travel adventure or enjoy Florida's beaches. 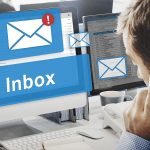 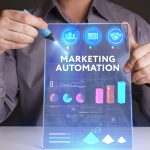