Kristi has worked with over 500 small businesses and has experience founding, growing, and selling her own digital marketing agency. Her expertise is highlighted throughout Fit Small Business in marketing, account management, and public relations content.

Check out the following example press release! When you’re ready to send, we strongly recommend eReleases, which offers wide distribution through AP and other press networks. Click here to check it out.

New Team to Begin Play at Nationwide Arena in Spring 2019

COLUMBUS, Ohio, Feb. 2019 /PRNewswire/ — The Arena Football League (AFL) officially announces that it is launching a team in Columbus, Ohio, to begin play in Spring of 2019. The team will play its home games at Nationwide Arena, and will play a total of 12 games during the regular season.

Previously during its five years as the Columbus Destroyers (2004-2008), the team established a rich history and a loyal fan base averaging over 14,000 fans per game. Beyond its attraction to fans, the team received widespread support from the surrounding business community.

“This is a banner day for the Arena Football League, with the return of one of the League’s most attractive markets that has proven to be comprised of loyal fans,” said Ron Jaworski, the AFL chairman of the executive committee. “We are going to deliver an AFL team that will immediately excite and draw in the people of Columbus.”

A main highlight of the previous team’s history in Columbus includes a trip to the ArenaBowl in 2007, when the team was led by quarterback Matt Nagy, now Head Coach of the Chicago Bears, who was recently named the 2018 NFL Coach of the Year.

“We’re very pleased to launch a team in a great market like Columbus,” said AFL Commissioner Randall Boe. “The League’s plan was to expand to six teams for the 2019 season, and the addition of the Columbus team accomplishes that goal. We’re looking forward to a great season of AFL football both in Columbus and across the League.”

The team re-joins the League at a time when new and high-tech innovations are implemented, keeping the League as one that is future-oriented.

“We are thrilled to welcome Columbus to the Arena Football League, a league that is poised for significant growth and is uniquely positioned to deliver a more exciting, engaging football game with opportunities for betting, gaming and fantasy integration,” said Ted Leonsis, Chairman and CEO of Monumental Sports & Entertainment and owner of the AFL Baltimore Brigade and Washington Valor.

Adds Stewart Anmuth, chair of the expansion committee, “This is just the beginning for the League. We’re excited about the League’s continued growth and are confident about its direction moving forward in the coming years.”

The addition of this team to the Arena Football League in a market as strong as Columbus enables the League to continue to grow, as the team is expected to play high-quality football that is competitive, engaging and fun for all in attendance.

“We are overjoyed that the Arena Football League has chosen Columbus and Nationwide Arena as their new home,” said Mike Gatto, General Manager of Nationwide Arena. “The AFL will add excitement to the Arena District starting this spring. We look forward to hosting their uniquely fast-paced, exciting and fan-centric games!”

The team name will be announced in the coming weeks, as will announcements regarding coaching staff. Additionally, the League will release its official 2019 schedule next week.

Season ticket plans are on sale now. To become a season ticket holder, fans may go to www.columbusafl.com and place a deposit. Seating preferences will be determined by the order in which deposits are received.

About the Arena Football League

The Arena Football League enters its 32nd season in 2019. Since its inception in 1987, the AFL showcases a fast-paced, exciting game to millions of fans in a myriad of markets. With the addition of two new teams in Atlantic City, N.J., and Columbus, O.H., the League totals six teams for 2019: Albany, Atlantic City, Columbus, Baltimore, Philadelphia and Washington D.C. Each team will play 12 regular-season games in 2019. One can find the League on Instagram, Twitter and Facebook using the handle @OfficialAFL.

What’s the best way to send a press release? Click here for our guide and find out how to get your press release in front of the Associated Press, PR Newswire, and writers all over the web.

Kristi's past experience includes founding, growing, and selling her own full-service digital marketing agency. Her expertise includes content marketing, public relations, social media marketing, email marketing, and event marketing. She has worked with over 500 small businesses and start-ups in her career. When she isn't writing or giving out marketing advice, she can be found planning her next travel adventure or enjoying Florida's beaches. 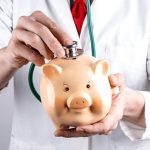 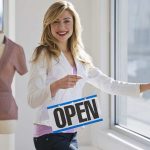