Dock is a former registered investment advisor and previously served on FINRA’s Small Firm Advisory Board. His expertise is highlighted throughout Fit Small Business’s insurance, retirement, investing, and other personal finance content.

Top heavy testing 401(k) plans must be done annually by employer-sponsored 401(k) plans. Human Interest is one 401(k) company that can guide you through this process and make it easier to keep your plan compliant. They can also help you set up a plan that’s exempt from some 401(k) nondiscrimination tests.

Top heavy 401(k) plan testing at the beginning of each plan year is done to measure the percent of plan balances held by key employees and non-key employees. Sponsors of 401(k) plans that fail top heavy testing must make contributions to non-key employees to bring their plan back into compliance before the tax-filing deadline for that year.

A 401(k) plan is top heavy if 60 percent of plan assets are held by participants who meet one of three criteria:

In order to comply with IRS regulations, top heavy 401(k) plan testing must be conducted annually to make sure that a 401(k) plan is not top heavy. If your 401(k) plan is determined to be top heavy, then you must bring it back into compliance by making contributions to non-key employees.

In the event that a plan fails the top heavy test, the plan needs to be brought back into compliance within two years of the violation occurring or face penalties. Depending on the violation, there may be fees or penalties imposed or the plan could end up being disqualified. That’s why it’s so important to take every failed test seriously and work proactively to fix the issues. 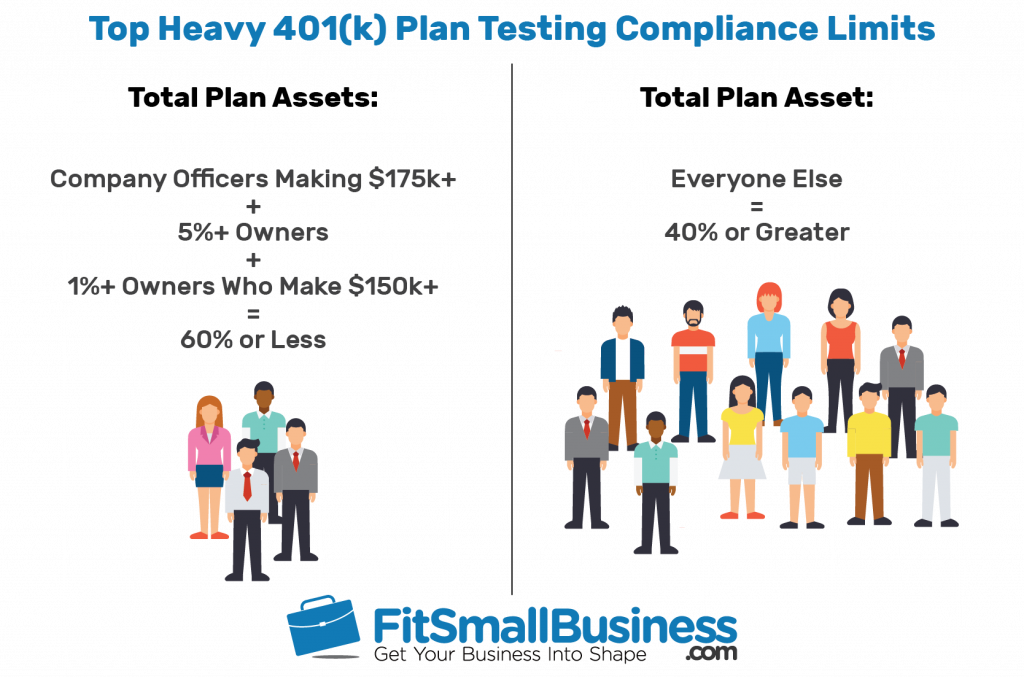 There are three ways to correct a top heavy 401(k) plan:

If the violation of top heavy 401(k) plan testing is minor and certain eligibility criteria are met, you may be able to correct your plan using a self-correction program. A self-correction program does not involve guidance or approval from the IRS, and requires making employer contributions for non-key employees to bring the plan into compliance.

A Voluntary Correction Program (VCP) is a solution that involves working out a specific correction plan with the IRS. While VCP does involve user fees ranging from $1,500 – $3,500 (depending on plan assets), plan sponsors are more assured of maintaining tax-qualified status for their 401(k) while correcting a top heavy violation.

Under VCP, as with a self-correction program, plan sponsors make contributions for all non-key employees to bring the plan back into compliance. However, plan sponsors also have to pay certain user fees that must be reported to the IRS. VCP is usually better for larger plans, those that have significant violations, or employers who want to ensure they maintain their tax-qualified status.

If your 401(k) plan is under audit, you’ll be ineligible for a voluntary correction program. Instead, you’ll work with the IRS to structure an agreement outlining your corrective action plan and negotiate a sanction based on factors including the number of employees affected and steps taken by the employer to prevent or correct the error.

Under an Audit Closing Agreement Plan, your specific corrective actions will be negotiated and outlined with the IRS. You will be responsible for following your correction plan document or may risk having your plan disqualified.

Imagine you have a 401(k) plan with four participants (including yourself, the business owner). None of your employees makes over $175,000 and you own 100 percent of the business, so your business has just one key employee—you. Let’s also say that your 401(k) plan matches employee deferrals up to 3 percent.

Each year, you are required to conduct top heavy testing for the 401(k) plan to see whether your plan is in compliance. If you find that 60 percent or more of the total plan balance is held by key employees (just you in this example), then you are required to make contributions for all key employees equal to the matching contributions you gave yourself the previous year.

Because of the distinctions between key- and non-key employees, there are certain types of businesses that are particularly susceptible to failing top heavy testing. These include companies that have considerable disparity among employee compensation, high numbers of key employees relative to non-key employees, or low plan participation from non-key employees.

Four types of business that are most susceptible to top heavy 401(k) plan violations are: 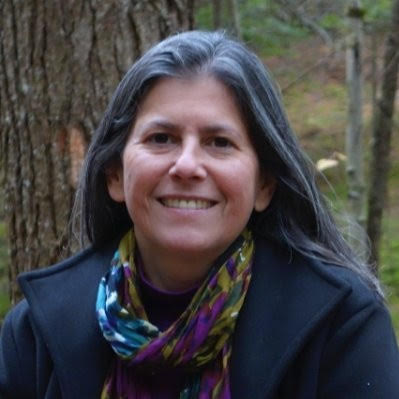 Top heavy testing 401(k) plans is a forward-looking test that plan administrators must run annually in addition to several other types of 401(k) nondiscrimination testing. These include ADP testing and ACP testing, which are backward-looking and compare the deferrals and contributions of highly-compensated employees with those of non-highly compensated employees over the past year.

The two other main types of 401(k) nondiscrimination testing include:

The Actual Deferral Percentage Test must also be conducted each year, and requires employers to compare the average annual deferral rates of highly-compensated employees (HCEs) and non-highly compensated employees (NHCEs). To compare these rates, you first calculate the Actual Deferral Rate for each employee by dividing each employee’s contributions (both pre-tax and Roth) by their annual compensation.

In addition to the ADP test, employers are also required to conduct the ACP test annually. The Annual Contribution Percentage Test is very similar to the AP test except that it includes employer matching in addition to employee salary deferrals and after-tax contributions.

In addition to top heavy testing 401(k) plans, both the ADP test and ACP test must be conducted annually for every plan (though they’re typically conducted by 401(k) companies as part of plan administration). These 401(k) nondiscrimination tests have ranges that define plan compliance and require corrective actions by plan sponsors for those plans that are not compliant.

In addition to different timing, the calculations for top heavy 401(k) plan testing is also much simpler, including:

If your business may have trouble passing top heavy 401(k) plan testing, consider using a 401(k) Safe Harbor plan, which is exempt from 401(k) nondiscrimination testing such as top heavy testing. Human Interest is a great provider of Safe Harbor 401(k) plans, but if you decide to use a Traditional 401(k) plan, they can alert you before your plan becomes non-compliant.

Below you’ll find the most commonly asked questions regarding top heavy 401(k) plans.

What Is the Highly-Compensated Employee (HCE) Limit?

If, however, profit-sharing is weighted more heavily for HCEs, these contributions may have to undergo additional, more complicated nondiscrimination testing.

If you would like to set up a plan that is exempt from top heavy 401(k) plan testing or would like advance warning if your plan is headed toward noncompliance, we recommend working with Human Interest. Human Interest is a relatively new company that has made 401(k) nondiscrimination testing much more seamless and helped employers set up plans that are exempt from this testing.

Dock David Treece is a finance writer and editor in the personal finance, insurance, and real estate investing space. Before his tenure at Fit Small Business, Dock’s professional background was deeply rooted in the securities and investment advisory industry.