1. The transportation & warehouse market size in the United States was $1.3 trillion in 2018.

After a period of flat growth from 2014 to 2016, the transportation industry continues to grow at a slow but steady rate. Although the current administration’s trade war with China may hinder international transportation by air and sea, rail and freight trucking continue the growth pattern.

We are believers in “wait and see,” but it’s logical to expect an end to the stable upward trajectory of growth in the transportation industry from 2016 to 2019. Ecommerce, industrial technology, and consumer goods fueled the positive increases during this period but are likely to slow down shortly.

Burlington-Northern-Sante Fe leads the rail transportation industry’s 950 companies, followed by Union Pacific and CSX. These carriers move goods from ports along the United States’ shores into the inland areas and often carry coal, minerals, and raw goods to manufacturing plants.

5. Diesel fuel prices are rising by about 0.05 cents per week, which will cause a spike in fuel surcharge rates.

6. S&P predicts that air freight & logistics (6%), followed by shipping (5%), will continue to lead the way in revenue growth.

The S&P ratings for the Transportation Industry Top Trends 2019 put air freight slightly ahead of ocean freight going into 2020, and steady growth likely throughout all forms of transportation. This estimate depends upon a slow, steady increase in oil prices rather than a sudden spike.

7. The world’s merchant fleet ships include 17,000 vessels carrying $11 billion worth of cargo.

The Port of Los Angeles is the largest port in the United States and sees $440 million in revenue flow into the U.S. annually. PSA International is the world’s leading marine terminal operator, followed by Hutchinson Port Holdings in the British Virgin Islands. These port operators manage the cranes and equipment that load and unload cargo off of docked ships.

Pirate attacks sound scary, but they occur very infrequently on merchant ships. Only 18 out of the 201 attacks were on cargo ships. The highest number of attacks occurred near Nigeria (48 out of the worldwide total of 201) and the second highest number in Indonesia (36).

Ecommerce thrives on the network of reliable transportation available for goods going to their final destination. Around the world, 51% of retailers offer same-day shipping. That’s an enormous change, with last year’s figure around 15%.

10. The United States transportation industry depends on a workforce of 3.9 million truckers.

About 70% of the entire ground transportation industry is accounted for by 3.9 million men and women who have commercial driver’s licenses (CDL). They haul $11.7 trillion of freight across all parts of the United States, reaching areas where other forms of transportation cannot reach. The industry employs 7.4 million people overall, including mechanics and office personnel for the trucking companies.

11. Among the owner-operators of ground transportation companies, 4% are women, 17% are minorities & all have typically logged 2.8 million miles of driving in their time on the road.

It’s a hard life, as these transportation industry statistics show. Most truckers are away from home 151 days out of the year. Most owner-operators started their companies at age 36 and made around $55,000 per year. More than 35% began their careers in the military.

12. About 9% of the total labor force in the United States is engaged in some work related to the transportation industry.

That number is down from a peak of around 14% in 1998, but still represents a healthy portion of the labor force in the United States. Truck transportation accounts for most employees, with 29% working in this industry.

The top flights for U.S. air freight traffic include Hong Kong, Japan, the United Kingdom, Germany, and China. Both raw materials and finished goods are shuttled via air freight from the U.S. to other countries.

14. Africa accounted for the most significant relative increase in nonstop air freight travel, rising by 17%.

Africa remains a vibrant, growing part of the world. As their economies grow, so too does consumer demand for new goods and services. Air freight serves many points throughout Africa, and many of the U.S freight flights are to Africa and nearby areas.

15. Technology advances, such as predictive maintenance scheduling, can improve rail reliability by 30%.

The use of data, analytics, and predictive maintenance scheduling improve rail reliability by as much as 30%, making it a more attractive option for some transportation industry sectors. Nokia predicts that train maintenance predictive scheduling saves up to 10% in worker hours on maintenance and makes trains 20% more reliable.

The transportation industry accounts for a considerable portion of the United States’ labor force and revenue stream, with ground transportation such as trucking and warehouse logistics employing a large number of people. Worldwide, air and sea travel also move goods efficiently, with air freight increasing to places such as Africa. Railways, dominated by several large companies, show signs of improving efficiency, which should appeal to ecommerce merchants who depend upon reliable and timely shipments to satisfy the growing demand for overnight shipping from consumers. 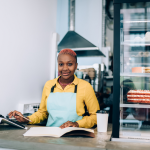 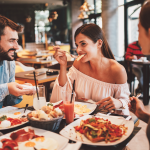