Laura has over 20 years of experience in human resources and has served as the HR director in Fortune 100 companies. Her expertise is featured across Fit Small Business in project management, recruiting, HR operations, and other HR content.

Workplace harassment denotes unwanted interpersonal conduct in the workplace. It takes many forms, from bullying to unwanted sexual advances. Workplace harassment violates the intent of antidiscrimination laws meant to protect workers regardless of age, gender, disability, and more. Identifying and avoiding harassment on the job is crucial to creating a healthy and productive work environment.

Reduce the risk of all types of workplace harassment with customizable downloadable antiharassment policies from Rocket Lawyer. These are tailored to encompass antidiscrimination laws in all states of the United States and ensure Equal Employment Opportunity Commission (EEOC) compliance. You can customize, download, and print antidiscrimination policies using free templates for as little as $5 per document.

Here are eight types of workplace harassment and discrimination.

Here are a few examples showing how this type of workplace harassment might play out.

A male making unwanted sexual advances or a manager promising a promotion in trade for sexual favors is easy to spot as examples of sexual harassment. Most companies, especially those mandated by state law, post policies stating that sexual harassment won’t be tolerated in the workplace. However, it’s the subtle, persistent behaviors that ultimately create a hostile work environment.

Consider these types of workplace harassment:

Sexual harassment is one of the types of harassment in the workplace that can go both ways. While it’s not a good idea to let employees who are in a romantic relationship have a direct reporting relationship, you can’t prevent workers from interacting and dating. Therefore, it’s best to require such relationships to be disclosed rather than prevented. Otherwise, the relationships may continue in secret, causing a hostile environment at work.

Here are examples of types of workplace harassment with a female as the harasser:

In many states, gender identity is a protected class as well. That includes a person’s sexual orientation and may protect their right to dress and act consistently with the gender with which they identify. Harassing a worker based on their “sex” is prohibited. It can make that person and those around them feel they are working in a hostile environment. 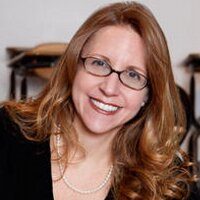 “While this may have been glossed over in the past, HR [human resources] departments will be kicking it up a notch, most likely with multiple trainings over the course of the year and reminders before big events such as holiday work parties. Any work-sanctioned event that provides alcohol and a looser, more relaxed setting is now considered a distinct risk, so HR may find it easiest to put employees a bit more on edge when it comes to their innocent and not-so-innocent interactions.”
―Jennifer Lee Magas, MA, JD, Magus Media Consultants

Although pregnancy isn’t a disability, harassing a worker or discriminating against an employee because she’s pregnant is against the law, per the Americans with Disabilities Act (ADA). Many states have enacted further legislation to protect pregnant workers from being harassed, discriminated against, and subject to these types of harassment in the workplace.

In addition, these laws provide pregnant moms-to-be basic rights, such as to take time off for prenatal appointments or take more frequent bathroom breaks. New mothers (nursing moms) are also given rights —like a clean, quiet, private place to pump or breastfeed and ample time to do so. Harassing pregnant and new moms through verbal abuse or disciplinary tactics constitute workplace harassment.

Examples of types of workplace harassment against pregnant/new moms might include:

Workplace harassment occurs when employers and workers discriminate or treat individuals differently than their peers based on their family status. For example, an employer may prefer to send a married male rather than a single mom to a weeklong conference based solely on concern for the worker’s child care needs. However, doing so constitutes discrimination under the EEOC and would likely cause the single mom to feel stress and discrimination.

Examples of workplace harassment based on family status might include:

The U.S. workforce now has five generations of workers employed side by side. Each brings its own set of work ethics and values. Harassing an older worker through name-calling or bullying is prohibited. Thanks to the Age Discrimination in Employment Act (ADEA), employers also can’t discriminate in hiring, promotions, or other opportunities due solely to the age―age 40 or older―of the individual.

The types of workplace harassment that may make older workers uncomfortable:

5. Harassing Americans With Disabilities in the Workplace

Disabled workers often endure awkward questions and stares while in public. However, any type of workplace harassment directed at disabled workers is prohibited as part of the ADA. That ensures all workers, including those who are disabled or disfigured, have a right to work. Employers are required to provide “reasonable accommodations” to those workers. That may be a headset, special keyboard, lower desk, or wheelchair ramp.

Here are the types of workplace harassment disabled employees shouldn’t have to endure:

Workers are protected under the EEOC from being discriminated against or harassed based on their background, religion, race, or country of origin, as examples. Ethnic workplace jokes went out in the last century. These kinds of behaviors and types of harassment in the workplace make entire classes of workers uncomfortable and can create a hostile work environment undermining workers’ ability to do their job.

Examples of types of workplace harassment directed at religion include:

Untrained interviewers may not be aware that asking job seekers nonwork-related questions about their name, religion, or country of origin may cause them to feel discriminated against. The focus of a job interview should be on the candidate’s job qualifications alone. Inappropriate questions contribute to an environment of workplace harassment that may result in the business being investigated for unfair hiring practices by the EEOC.

Some states and even cities protect different classes of workers from discrimination and harassment. The feds have enacted specific laws preventing employers from discriminating against a worker based on factors as diverse as their DNA, criminal background, clothing, or hairstyle.

Here are some examples of unique laws that protect workers from additional types of workplace harassment.

Workplace harassment that crosses the line in any of these unique cases where laws protect the worker could result in an expensive lawsuit, labor law fines, and damage to your company brand reputation. Because states expand antiharassment laws continuously, multistate employers are well-advised to make their antiharassment policies as broad as possible to avoid any confusion about what’s not acceptable to do or say at work.

To ensure your antiharassment practices meet the requirements of all the states in which you employ workers, it’s best to leverage the expertise of small business HR consulting firms like Bambee. Bambee provides federal and state compliant policies, templates, and handbooks. Once you sign up, you’ll get unlimited consulting for just $99 per month.

Just because the harassment occurs online or outside the workplace, it may still constitute workplace harassment. For example, if one worker sends lewd pictures or jokes to another on the company email or posts derogatory and discriminatory comments against a co-worker on their social media profile, that constitutes harassment. The recipient is likely to feel embarrassed, demoralized, and stressed in ways that undermine their performance back on the job.

Here are examples of cyber harassment across many discriminatory categories:

Workplace harassment does more than hurt your employees’ feelings and make it uncomfortable for them to work. It can cause stress, turnover and, in some cases, lawsuits against you for not protecting the worker and their rights. What makes harassment stand up in court is a persistent pattern of unwanted behavior. An accidental slip up, like calling your transsexual female worker “he,” is unlikely to result in a lawsuit. In that case, a sincere apology should suffice.

Types of Workplace Harassment & Discrimination Not Protected by Law

Although harassing employees and co-workers for their values and beliefs is never a good idea due to the stress and embarrassment it causes the worker, not all types of harassment are illegal. For example, smokers are not a protected class. A worker’s political beliefs do not prevent them from rude behavior at work. No law protects cat lovers from being snubbed by their allergy-ridden peers.

Here are examples of attributes in which the types of workplace harassment have no legal parameters:

If you lack the resources to hire an HR manager to assess your EEOC compliance, consider working with an HR consultancy like Bambee for as low as $99 per month. Bambee serves as your small business “HR person” by providing you unlimited consulting and answering all your labor and employment law questions.

Any behavior that makes a person feel unwelcome, uncomfortable, or bullied is likely to be considered harassment by the victim. However, these eight kinds of harassment above are those specifically prohibited by state and local laws.

Are there best practices for how to prevent workplace harassment?

Like any practice you wish to implement in your workplace, it’s best to start with a written company policy that’s signed by employees and/or included as part of your employee handbook. You can prevent workplace harassment further through documentation, education, and by role modeling inclusive practices that provide a safe and productive work environment.

How can I know if harassment is occurring?

Once you’ve communicated that you will not allow harassment in your business, it’s crucial to create a process for employees who feel harassed to report their concerns without fear of retaliation. Only when employees feel safe are they likely to let you know what’s happening. Some may quit, and you’ll only know that harassment has occurred when they claim unemployment benefits or file a lawsuit. It’s best to stay ahead of that.

Can a religious organization discriminate against nonpracticing employees?

Religious and other nonprofit organizations have some latitude to protect their membership. It wouldn’t make sense for your Catholic priest to be atheist or your breastfeeding peer coach to be male. However, there’s no reason for a marketing company that provides Christian church newsletters to justify not hiring a Muslim graphic designer. It’s more about a person’s suitability for a job role than the hiring entity. Some states exempt nonprofit organizations.

Workplace harassment shouldn’t happen, but some people act upon their own values and beliefs that come into conflict with labor laws and best practices. It’s best to be aware of your requirements as an employer so that you can prevent and eliminate discriminatory workplace practices through documentation and training. Of course, knowing what categories of harassment are common and illegal is the best place to start.

For policy templates that are downloadable easily, you can visit Rocket Lawyer’s website, customize an antiharassment policy template, and download it for just $5. You can also consider signing up for full-service access to legally compliant policies and templates for as low as $39.99 per month. Give Rocket Lawyer a try for just $5 and save yourself from potential fines and lawsuits.

Laura Handrick specializes in the full cycle of human resource topics from recruiting to talent management. She holds SHRM certification as a Senior Professional in Human Resources (SPHR), a Master's in Educational Technology from San Diego State, and is certified as an International Franchise Executive through the IFA. She has worked with small business owners and managers as a business coach and served as the HR director in Fortune 100 companies.