Amortization is an accounting technique that is used to lower the cost value of a finite life or intangible asset through scheduled, incremental charges to income. Like depreciation, amortization spreads the charges out across multiple years so that the costs may be set against the revenues of several years rather than all in one year.

Amortization and depreciation apply the same accounting method to different types of assets. The term “amortization” may also refer to paying down a loan or similar debt.

How Amortization Relates to EBITDA

EBITDA (earnings before interest, tax, depreciation, and amortization) is a financial measure of a company’s performance. It is often used by financial analysts as a shortcut to estimate the health of a company’s financial decisions.

Assuming EBTI and depreciation remains constant, but amortization is adjusted, we find that EBITDA can be made to look better or worse, depending on how amortization is calculated.

If amortization is taken at 10 years:

If amortization is taken at five years:

In the second example, the company appears financially stronger than in the first example. It is misleading, however, as the amortization number is based solely on the accountant’s estimate of the reasonable life of the patent.

A few examples of amortization that a small business owner encounter include:

Specific examples and guidance on amortization may be found in IRS Section 179, which pertains to amortization and depreciation.

How Does Amortization Differ From Depreciation?

A patent, although it is a document issued by the government, is an idea, concept, or method. Therefore, it’s an intangible asset. Its value lies in how it is applied to the company rather than the intrinsic value in the item itself.

An item likes a new forklift is a tangible asset. You can see and touch the forklift. Its value doesn’t lie in how it used or applied. It has intrinsic value on the fair market that is independent of how many crates it lifts per hour or how many days per year it is used.

The depreciation value of the forklift, for example, may be calculated through straight-line depreciation or in an accelerated method.

Straight-line depreciation: If the forklift was purchased for $25,000, and it has an estimated life of heavy use for five years, the depreciation amount is $5,000 per year.

Accelerated depreciation: Let’s assume that the forklift still costs $25,000, but the value decreases with heavy use. Assets may lose value at a different rate of speed; cars, trucks, forklifts are all good examples of losing value at varying speeds. In this example, the company believes the forklift will lose 50% of its value in year one, so it will only be worth $12,500 in years two through five. They might apply the following:

The company then applies $12,500 to tear one and $3,125 to subsequent years. This may be advantageous to the company. The company’s accountant must decide whether or not to take a straight-line depreciation or accelerated depreciation.

However, with a patent or other intangible asset, the value of the asset remains the same over time regardless of use. Straight-line depreciation always applies.

When Michael's not busy writing profiles of himself in the third person, his hobbies include writing, guitar, and hanging out with his dog Oscar.

What Is a Coinsurance Clause? 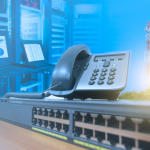 The History of VoIP: From Dial-up to Today