Workers’ comp class codes are numeric codes that represent the risks occupations face. The insurance industry uses these codes to categorize businesses by how risky their operations are so that carriers can estimate the cost of insuring them more accurately. Most states use the classification system created by the National Council on Compensation Insurance (NCCI), but a handful have their own classification codes.

How Do Class Codes Work?

Ratings bureaus that specialize in workers’ compensation insurance collect data on workplace injuries and illnesses, and then use that data to categorize businesses by risk exposures. Each category receives a three- or four-digit classification code, depending on which rating bureau is doing the organizing. Every class code also has a base rate attached to it, typically an amount per $100 of payroll.

When a business applies for workers’ compensation, the insurer evaluates the business’ operations to determine its class code. Then, the insurer plugs the class code’s base rate into a formula for figuring out the business’ workers’ compensation premium. These formulas are complicated and unique to each insurer, but the basic calculation is the class code rate multiplied by experience modifier multiplied by payroll per $100. 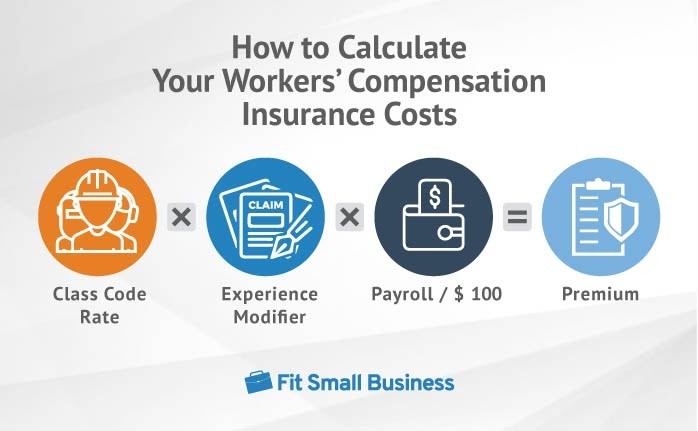 There are four situations where businesses may have additional workers’ comp class codes. The first and most common is for occupations that occur across so many industries that rating bureaus tend to treat them differently. These are called “standard exceptions” and often include positions like:

States that allow standard exceptions subtract these employees’ payroll from the governing classification and apply it to the more appropriate class code. This can reduce the business’ overall premium because standard exceptions are typically positions that face less risk than the other workers.

Some states also allow certain employees’ payroll to be split between multiple workers’ comp class code. This is called “interchange of labor” and is most common in high-risk industries like construction, where an employee might have some duties that are very dangerous, such as going up on a scaffolding, and others that are less so.

The next situation is called the “general exclusion.” It’s when a business has unexpected operations for the industry. Say, for example, a beauty supply store also offers Botox injections. This might be considered a general exclusion, so the insurer could list this class code separate from the governing class code on the retailer’s workers’ compensation policy and charge an additional premium.

Finally, there is the “multiple enterprise rule.” This rule typically applies to a business that has uncommon operations that could exist as an entirely separate entity. For this rule to apply, each business has to have separate financial records, and they need to be literally physically separated—by a wall or partition or kept in a separate building.

Workers’ comp class codes are important because they’re a key component in most insurers’ workers’ compensation calculations. Occupations are assigned class codes based on how much risk they face. Those that face more risk start with a higher base rate and typically pay higher premiums.

Unfortunately, class codes are much more complicated than they first appear. The NCCI’s Basic Manual defines nearly 800 separate classifications, each of which also contains a description of the codes “scope” like its actual intent. Plus, certain operations may appear in more than one class code description.

Let’s say, for example, you run a business in Illinois that cleans heating systems. Your class code could be 5537 because it describes businesses that install service, or repair heating, ventilation, air-conditioning, and refrigeration systems. If that’s correct, then your base rate is $6.09 per $100 of payroll.

What If My Class Code Is Wrong?

A mistake in your workers’ compensation classification code can cost hundreds of dollars—even if the error results in a class code with a lower base rate. This is because workers’ comp policies are audited every year to ensure business owners are charged the correct premium. If your insurer discovers that your rate is based on the wrong classification, it will charge you for the premium it missed out on.

The best way to avoid that problem is to work with an insurance carrier that has experience with both workers’ compensation policies and your particular industry. Its agents know what questions to ask and where the quirks are when it comes to rating your policy.

How to Correct a Workers’ Comp Code Error

Most business owners don’t realize they’ve been misclassified for workers’ compensation insurance until they are audited. In that case, it’s too late to make an adjustment. However, if you’re suspicious that something is off, you should do the following:

Additionally, you may be able to avoid misclassification if this is your first workers’ comp policy. Many insurance carriers send an inspector to review your operations. This can be an opportunity to ensure your class codes have been assigned correctly, so make yourself available to the inspector.

How Can I Find My Business’ Workers’ Comp Class Codes?

Businesses located in one of the 38 states that use the NCCI can access their workers’ compensation classification for free on the NCCI website. You do need to contact the organization’s customer service to get a username and password before you can launch the lookup tool. Businesses in other states should be able to get their workers’ comp codes from the rating agencies in their state.

Workers’ comp class codes may not seem like something you need to keep tabs on, but ignoring them can cost you money. If you perform your due diligence when you first apply for coverage and, then again, every time you renew, you should be able to get properly classified.