Jaclyn worked in content marketing for financial services and has written for a number of finance and insurance companies. Her expertise is highlighted across insurance content on Fit Small Business.

Workers’ compensation insurance covers workplace injuries and illnesses. Certain types of injuries aren’t covered while others fall into a grey area. If an injury or occupational illness is sustained while you are performing the duties required by your job, it’s probably covered. For example, you fall off a ladder at work and break your leg. If the incident isn’t cut and dry, it’s often up to the injured or sick employee to provide evidence there’s a connection between their condition and their work.

When I was a teen working as a lifeguard, I fell off the platform of a six-foot guard stand onto the concrete deck below. I didn’t break anything—just ended up with a severely bruised back and ego. But I was compensated by my employer for the treatment of my injuries, as well as pay for the days I needed for recovery. This was a compensable workplace injury, so my employer’s workers’ compensation insurance covered my treatment and lost wages.

Workplace injuries don’t have to happen at the business location. Sometimes, an on-the-job injury occurs in a vehicle or other locations. This includes corporate outings, company events, and other activities hosted or sponsored by an employer, which may not necessarily occur on company-owned property. In general, as long as the employee is injured doing something that falls within the scope of her employment, the injury is covered.

What Types of Workplace Injuries Are Covered by Workers’ Comp?

Each state has its own standards for determining workers’ comp injuries. The following, however, are some common examples of what’s considered compensable across many states.

Physical injuries are the most common type to occur on the job, generally categorized in three ways:

A preexisting condition may not result in workers’ comp benefits automatically if another on-the-job injury aggravates it. For example, you hurt your back lifting heavy boxes at the office, but a scan reveals you had an old injury in the same spot. The new injury may be covered because it worsened your preexisting condition, but some states may reduce your workers’ comp benefits because of the old injury.

For example, in California, when an injured employee suffers an aggravation of a pre-existing disease or underlying condition, the law says she has sustained a new injury or illness. An aggravation causes a temporary or permanent increase in disability, thus creating a new need for medical treatment, or requires a change in the existing course of treatment.

Occupational illnesses are conditions, diseases, or illnesses that employees contract as a result of performing their job. In some cases, these can develop suddenly or over a lengthy period. Different industries present certain risks or potential exposure to occupational illnesses. Here are a few examples:

Nontraditional occupational illnesses or diseases are difficult to substantiate. Employees must provide medical evidence that workplace exposure caused the illness. Most workers won’t be able to get workers’ comp benefits for common afflictions like heart disease or high blood pressure.

Some states mandate that certain jobs are inherently dangerous and need specialized workers’ comp coverage. For example, my grandfather was a firefighter, and his leukemia was attributed to faulty equipment and repeated exposure to harmful irritants. After he died, my grandmother received a payout and benefits.

Repetitive stress injuries (RSIs), or cumulative work injuries, are the result of performing the same task, day after day, over a long period. Jobs that require employees to constantly lift heavy objects, bend over, or move in a set pattern see numerous repetitive stress injuries. The most familiar is carpal tunnel syndrome (excess pressure in your wrist nerves), but RSIs can also include torn tendons, strained muscles, and stress fractures. Here are some jobs that may be susceptible to an RSI:

Stress and mental anguish may be considered work injuries, depending on the reason or cause of the condition. Post-traumatic stress disorder (PTSD) is recognized by many states for workers’ comp claims if caused by a sudden, traumatic event at work, such as when a bank teller is held at gunpoint or an employee has to deal with a mass shooting at their place of work. Some states don’t acknowledge physical illnesses caused by emotional stress in the workplace, so employees often must provide strong evidence there is a connection.

What about those not-so-common injuries? The type of injury that doesn’t happen to a typical office worker. As with more typical injuries, it depends on the circumstances and if the injury occurs during the course of performing your job. Here are some less common injuries that may be covered by workers’ comp:

What Types of Injuries Are Not Covered by Workers’ Comp?

States limit workers’ comp coverage to injuries directly related to an employee’s occupational duties. Injuries resulting from these scenarios typically are not covered:

In most states, workers’ compensation coverage pays for approved medical treatment, partial lost wages, and disability and death benefits. Additionally, workers’ comp may also reimburse injured employees for travel for medical treatment. Injured workers receive benefits regardless of who was at fault in an accident or injury. The dollar amount, length of time, and conditions for workers’ comp benefits vary widely by state.

Employers, or their insurers, are responsible for covering all claim-related medical care, including physical and occupational therapy. Depending on the state, some employers or insurance companies can require that an injured employee receives care from a specific physician or clinic.

Most states require employers to offer disability benefits to injured workers to cover lost wages as well as the potential loss of future earnings. It often depends on the severity and nature of the employee’s disability:

Disability benefits are generally broken down further by:

Some states list out specific injuries that leave facial or head scars that cause serious disfigurement or that cause the loss or permanent injury to an important organ of the body may entitle employees to additional compensation. For example, in Pennsylvania, workers’ compensation can pay for circumstances related to amputation or loss of various body parts, loss of hearing or vision, and scarring or disfigurement.

When employees die as a result of work injuries or illness, their eligible dependents generally are entitled to collect workers’ compensation death benefits. Typically, death benefits are limited to a spouse, children, and other family members who lived with and depended on the employee for financial support. Often, workers’ compensation will also pay for the deceased employee’s funeral expenses.

No matter the circumstance of an injury at work, all injuries should be reported as soon as possible to the employer. Employees have a limited number of days to report an incident and receive benefits. If there’s a delay, the employer’s insurance carrier could potentially deny the employee workers’ comp benefits.

Jaclyn Moriarty is a writer with our finance team focusing on insurance. Prior to joining Fit Small Business, Jaclyn worked in content marketing for financial services. She holds a Bachelor of Arts degree in journalism and English from Bradley University and has written for a number of finance and insurance companies, including Insureon and Amica. 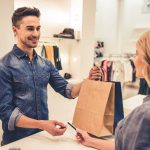 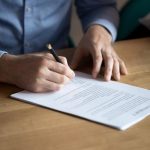