Because the states govern workers’ compensation insurance, there are 50 different sets of rules and regulations. But when it comes to state funds, there are just two basic types: competitive and monopolistic. Both types help employers comply with state law, but they work in different ways.

There are 16 states that have state funds that compete against private insurers in an open market. In most of these, the state-run fund is also a “market of last resort,” which means they cover businesses that private workers’ compensation companies have already declined. This way, the state makes sure that all employers who must carry workers’ compensation insurance have access to it.

The states with open markets but no competitive state funds do not leave their hard-to-insure businesses hanging. Instead, each offers an assigned risk plan that’s either administered by the state, the National Council on Compensation Insurance, or another third party.

Businesses may end up in an assigned risk plan or a competitive state fund that’s also a market of last resort if:

Much like everything related to workers’ comp, each state that has an assigned risk plan runs the program in its own way. In some, all insurers pay a portion of any losses, a system called reinsurance, while others are completely supported by the premiums employers pay.

Four states—Ohio, North Dakota, Washington, and Wyoming—have monopolistic state funds. This means they require all employers to buy their workers’ comp insurance from the state. Two of the states—Ohio and Washington—allow employers to self-insure if they demonstrate the financial capacity and administrative ability to do so.

The coverage from states with monopolistic state funds does not include employer’s liability insurance. This is the portion of workers’ compensation insurance that pays for the employer’s legal fees if an employee chooses to forgo workers’ comp benefits and sue for negligence instead. Employers can protect against that exposure by purchasing stopgap coverage from a private carrier.

If you live in one of the 18 states that has a competitive fund, then you may want to look into getting your coverage there, particularly if you have a new or microbusiness, have a history of filing workers’ comp claims, or are in a high-risk industry. Most competitive state funds offer coverage to businesses with these issues after other insurers have declined them. Unfortunately, state funds that are also used as markets of last resort often cost more than their private carrier counterparts.

Four states—Minnesota, Missouri, New Mexico, and Oregon—operate state funds that are not markets of last resort and have seen varying degrees of success in doing so. For example, Oregon’s State Accident Insurance Fund was created by the state legislature but became a public corporation in 1980. It’s able to keep costs down because it doesn’t pay state income tax.

If you live in a monopolistic state, then you don’t have any choice in where you get your workers’ compensation insurance. For many people, that’s a negative if only because competition encourages insurers to offer incentives to buy from them either in the form of discounts or additional services.

Workers’ compensation state funds serve an important function—namely, they make it possible for business owners to meet the state’s coverage requirements. This is particularly important for owners of microbusinesses and new ventures because private insurers often decline to cover them. 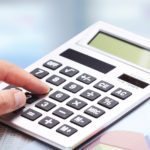