How the Best Franchises Compare

For all of the franchises with the best SBA loan repayment rates, more than three-quarters of their SBA loans were paid in full from 2000 to 2018. This indicates that these franchises performed well enough that their owners were able to meet all their obligations. At number one on the list, Comfort Keepers, an in-home care provider for seniors, had a 92% SBA 7(a) loan success rate, with only two of the 25 loans made defaulting during this period.

The 50 franchises with the best SBA loan repayment rates are from all different industries, but many are restaurant franchises like Subway, Jimmy John’s, Buffalo Wild Wings, and Little Caesars Pizza. Subway in particular was impressive. Even though Subway franchisees together took out more than 2,700 SBA loans from 2000 through 2018, 80% of the loans were paid back in full. Barber shops (e.g., Sports Clips, Great Clips) and cleaning services (e.g., Molly Maid, Merry Maids) also performed relatively well.

How the Worst Franchises by SBA Default Rate Compare

How We Ranked the Worst & Best Franchises

We compiled the 50 best and 50 worst franchises according to their SBA loan default rates. These rankings were determined using data that we obtained from the SBA on 7(a) loans made to franchises from 2000 through 2018. SBA 7(a) loans are the most popular of the different types of SBA loans that are guaranteed by the Small Business Administration, with roughly 8.2% of 7(a) loans going to franchises.

At any given time, that status of an SBA 7(a) loan will be one of four things:

To calculate SBA loan repayment success rates, we divided the number of paid-in-full loans for each franchise by the total number of loans for the franchise (not including currently outstanding loans). We then subtracted that figure from 100% to determine the default rate, which is represented in the list of 50 best franchises.

To calculate the SBA loan default rates, we divided the number of Charged-Off and Canceled loans for each franchise by the total number of loans for the franchise (not including currently outstanding loans). We didn’t include loans currently outstanding because, even if the borrower is current now, that could change in the future. These values were then used to rank the 50 franchises with the highest SBA loan default rates.

Note: We only considered franchises that had at least 25 SBA loans originated from 2000 to 2018, as we deemed anything less than that number to likely not be statistically significant.

How to Increase Your Franchise’s Chances of Success

There could be several reasons for this trend. Franchise agreements, particularly for larger brands, have become more restrictive over time, giving small business owners less authority and freedom to experiment. In addition, since the recession hit in 2008, it’s been harder for small businesses, including franchises, to get capital to grow.

Whether you choose to start one of the best franchises, or any other franchise, here are four things you can do to increase your franchise’s likelihood of success:

1. Ask the franchisor for the Franchisor Disclosure Document

The Franchisor Disclosure Document (FDD) outlines the estimated costs involved in owning and running the franchise. The franchisor is legally required to provide you with it before you pay them any money. It can help you ensure that you have the capital you need to be successful. Sometimes, franchisors also include earnings estimates in their FDDs, which can help you evaluate the franchise.

Ideally, you should have some experience to help you successfully run the franchise. For example, if you’re starting a McDonald’s franchise, do you have a background in the food service or restaurant industries? Do you have general business management experience in hiring employees, training employees, and marketing? Starting a franchise without any experience can put you at a disadvantage when challenges arise.

Location can make or break your franchise. A Subway located in downtown San Francisco is probably much costlier to operate than a Subway located in rural Pennsylvania. However, the San Francisco Subway likely gets many more customers than the Pennsylvania Subway, which helps offset the cost. This is a trade-off that you’ll have to carefully consider.

As the repayment and default rates above suggest, investing in a franchise is no sure bet. As with any small business, you must be sufficiently capitalized. Delays in construction of your location, slow growth of a customer base, unexpected competition, lawsuits, or unrelated personal matters could all contribute to a franchisee defaulting on an SBA loan. An undercapitalized franchisee is as more at risk than others when adversity arises.

Ultimately, the key is to thoroughly research the franchise and everything that will be required of you as the owner. Doing your homework ahead of time can prevent unpleasant surprises later and put you on the path to successful franchise ownership.

Additional Resources on Starting a Franchise

Franchise opportunities abound, and owning a franchise can be a lucrative path to entrepreneurship. Just make sure to get as much financial information about a franchise as you can before buying. Our lists above of the 50 best franchises according to SBA loan repayment rates and 50 worst franchises by SBA loan default rates should give you additional insights.

Of course, you should consider more than SBA loan data when choosing which franchise to own. Lots of other factors, such as startup costs, royalty fees, number of employees you have to manage, and popularity of the franchise among customers, also come into play.

If you’re looking for more specific information, click on the links below:

Once you choose which franchise you are interested in, you’ll likely need some financing to get going. A few brands offer franchise financing in-house, but the majority of franchisees need an outside source of financing. An SBA loan is one of the most popular financing options for franchises, and are available from both local and national lenders.

SBA loans are one of the most popular franchise financing options, which is why it’s beneficial to use this data to analyze the best and worst franchises. From 2000 to 2018, banks provided over $24 billion in SBA-backed funding to franchises. SBA loan default rates are useful in evaluating a franchise. If a franchise defaulted on an SBA loan, it means it went out of business or didn’t generate enough profits to pay back the loan. Franchises with high success rates not only paid back their loans, but were in business for multiple years.

Many factors go into a franchisee’s ability to repay an SBA loan. That a franchisee has defaulted on SBA loan does not necessarily mean the franchise is unsound or a bad investment. Rather, SBA loan default data should be one of the many considerations informing your decision to invest in a franchise.

If you’re a new franchisee looking for the right business to purchase, it’s important to consider factors other than just SBA default rates. Guidant will make sure you get the full picture before investing. For $495, you can get an estimated business valuation, a financing assessment, an in-depth industry report, and a dedicated valuation specialist to make sure you pay the right price for your franchise of choice. 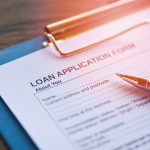 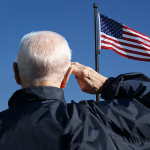