Looking to be the next marijuana millionaire? Getting an early piece of the rapidly growing pot pie is a smart move. According to Marijuana Business Daily, the booming industry saw retail sales hit $9.7 billion in 2018 from $6.6 billion in 2017, and that’s slated to double by 2022. New bars for cannabis revenue are being set by individual businesses, too; MedMen Enterprises, the nation’s leading cannabis-only company, hit a record-setting market cap of $2 billion in 2018.

But it’s not all happy highs. In an industry riddled with gray areas and red tape, those looking to start a cannabis business need law school-level mastery of state regulations to make sure they’re legally compliant. The laws around cannabis businesses vary dramatically by state, as do taxes, the availability of licenses, market demand, and community support.

With so much to juggle, it’s important to launch your cannabis business in a state that makes success not just possible, but probable. That’s why we assembled this definitive list of the most weed business-friendly states in 2019. 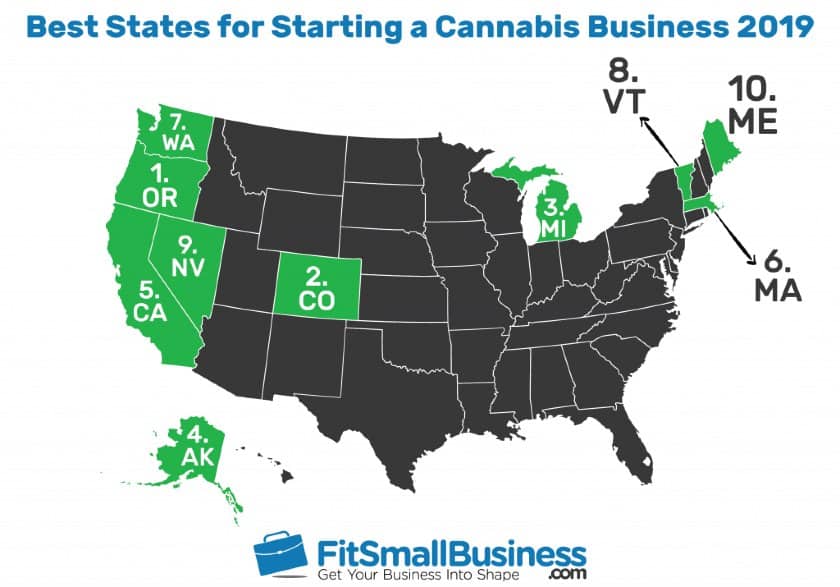 Best States for Opening a Cannabis Business in 2019

There’s a lot to consider in this ever-changing, young industry, but we built our list based on a few key metrics. First, of course, we looked at states with legalized medical and/or recreational marijuana. Then we looked at how many licenses each state issues for cannabis businesses, and how many are still up for grabs. We also looked at application costs, the average cost per gram for marijuana, taxes, and market sizes.

Here are the metrics we used to create our definitive ranking:

Below is our definitive list of the top 10 best states to start a cannabis business, with a table at the end of this list ranking all states where cannabis is legal. 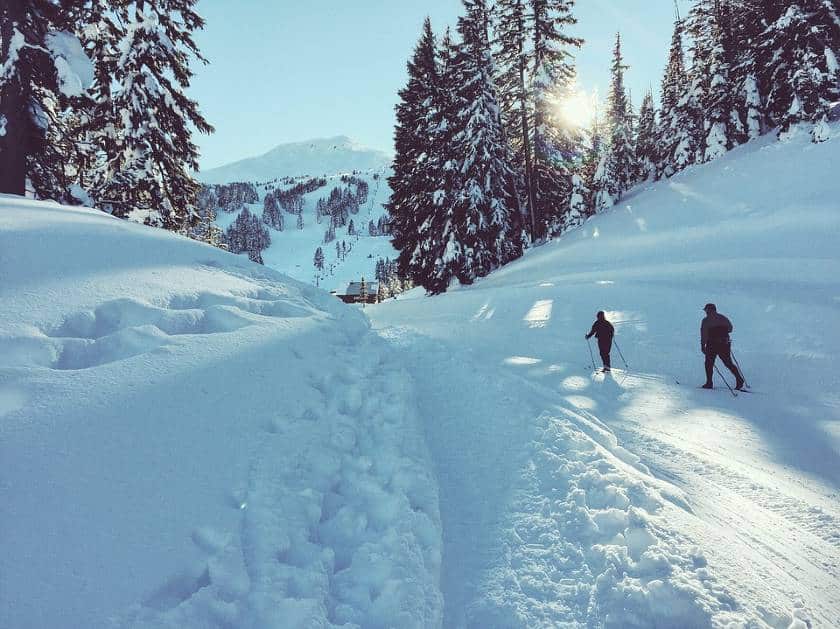 There’s always been a buzz around Oregon. The pioneering state is the nation’s leader in coffee, microbrews, and now, cannabis. Unlike their weed-clogged neighbor to the south, California, Oregon is an affordable state to start and run a cannabis business. Applications for every cannabis business type are open—meaning it is currently possible to apply for a cannabis business license—with the nation’s lowest application fee of just $250. This is dramatically lower than any other state on our list, except Washington. Though Oregon has one of the lowest cannabis sales prices of $6.65/gram, it also has no excise tax on medical marijuana, a lower than average excise tax of 3% on recreational marijuana, as well as no sales tax. 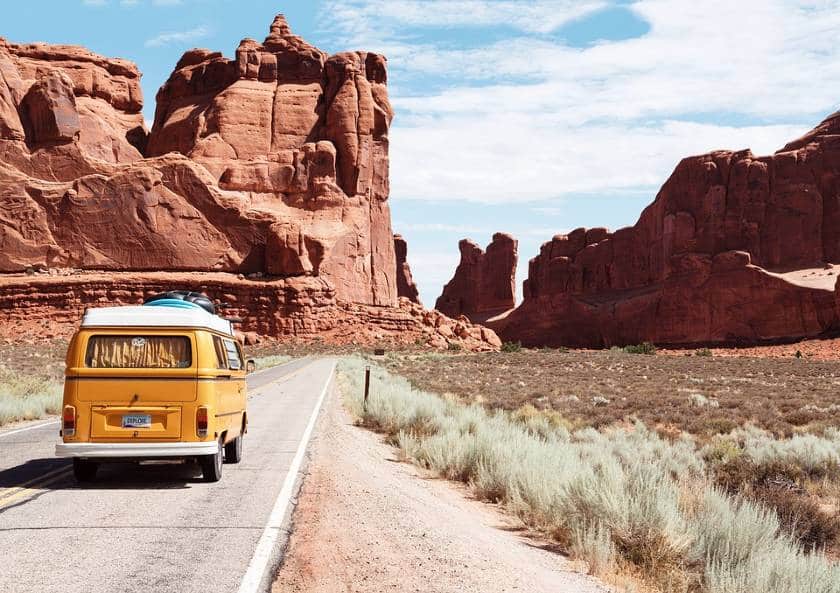 It’s easy to get high on life in Colorado, and with a lower than average application fee of $4,500 available to all cannabis business types, it is a state that’s ripe for weed innovation. However, Colorado’s price per gram is relatively low at $7.14, indicating that the state might be suffering from over-saturation and strong competition. No surprise, really; Colorado was the first state to legalize recreational marijuana in 2013. But weedpreneurs should take heart—demand for cannabis in all forms boosted 2018 state revenue to $1.56 billion. In short, Colorado still has big ganja opportunity. 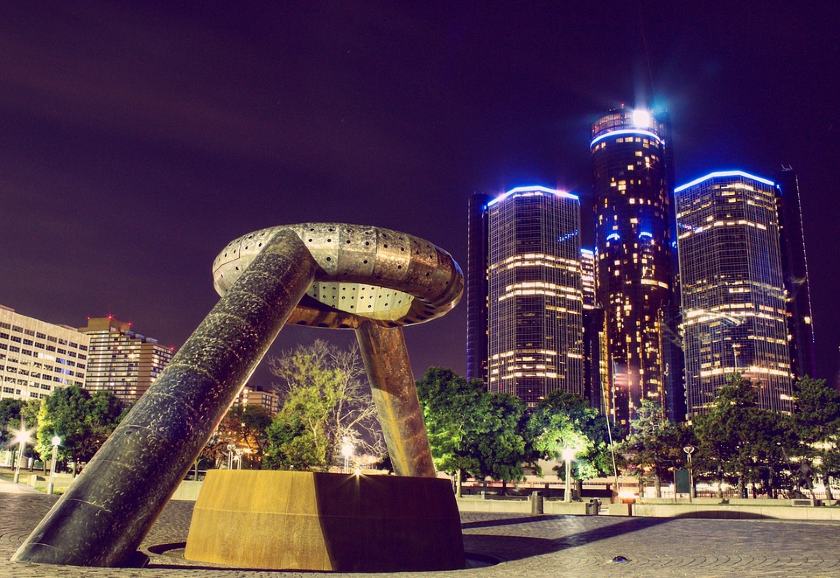 Previously considered the car capital of the world, Michigan is now going green as the nation’s third-best state for opening a cannabis business. Applying to become a cannabis business will cost you $6,000, just over the nation’s average of $5,000. However, it comes in at a strong No. 3 on our list because of its big profit potential—in large part due to a small 3% excise tax and higher than average sales price of $9.74/gram. It also has the second-largest population in our top 10, offering a ripe market for new cannabis providers. 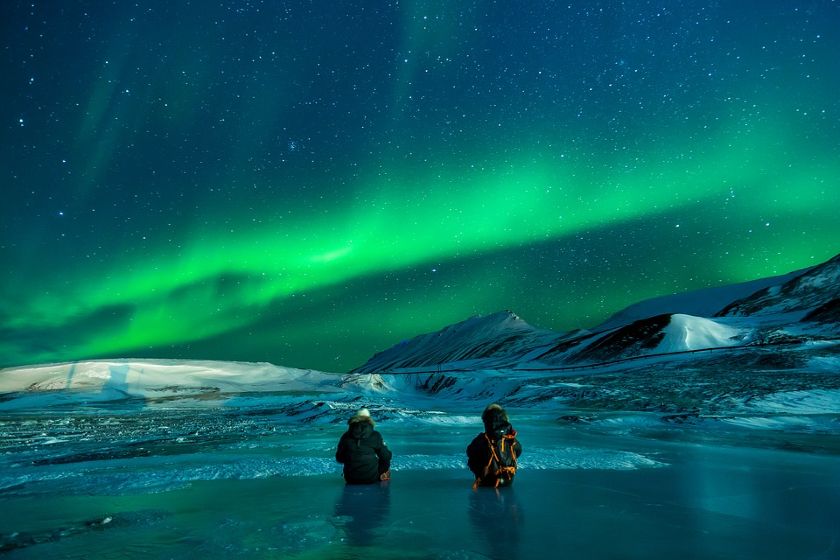 One of the wildest states in the country, Alaska is also the fourth-best state for starting a cannabis business. The cost to get started is average with a $5,000 application fee, and applications are open for all cannabis business types, covering both medical and recreational marijuana sales. Their average sales price is above the nation’s average at $10.82/gram, in large part due to higher tax rates—growers pay $50/ounce in excise taxes. On the upside, however, there’s no income tax or sales tax in the state. 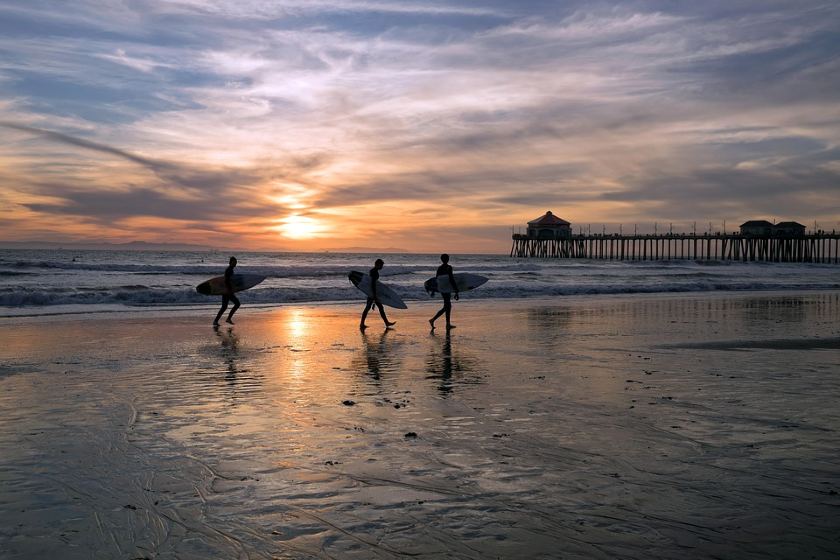 California is no stranger to cannabis. With a long-standing history of legalized medical and recreational use, it lands at number five on our list for its market opportunity. Business applications require a $5,000 bond and applications are open in all cannabis business categories. The real catch here, however, is the customer base; California has a large potential market with a population of over 39 million and the nation’s highest cannabis revenue of $2.75 billion (as of 2018). Even with a 15% excise tax, plus a sales tax on recreational use, this tax-heavy state remains rich with cannabis business opportunities. 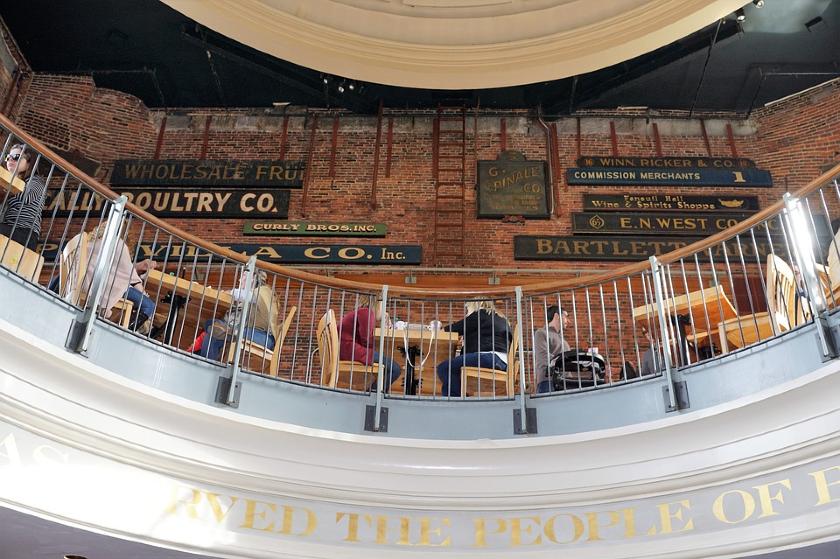 Beans aren’t the only things getting baked in Boston. Massachusetts upholds its revolutionary history in the 21st century as it takes the sixth spot on our list for opening a cannabis business. Getting started in Massachusetts is on the pricey side, with a retailer licensing fee of $40,000, though this is low compared to some states such as Illinois (requiring a $200,000 cultivator licensing fee) or Hawaii (charging $100,000 per dispensary location). Their 10.75% excise tax is offset by having an average per gram sales price on the nation’s higher side at $10.18. Massachusetts saw $106 million in revenue from cannabis businesses in 2018—an impressive figure, but one that shows there’s still opportunity for growth. 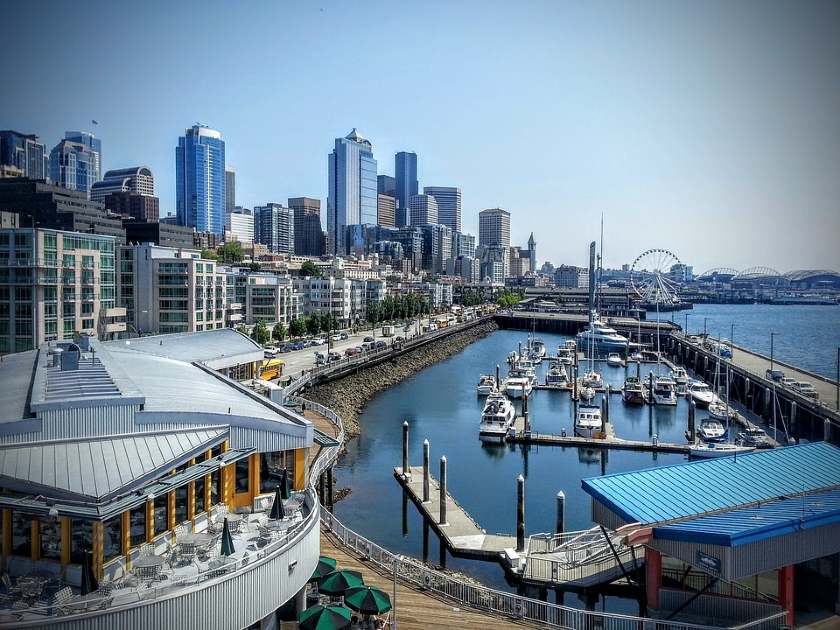 The weed-centric state of Washington would rank higher if applications for cannabis businesses were currently open. Once they reopen and it is possible to apply for a cannabis license again, Washington will be a goldmine for marijuana businesses. Why? They boast the nation’s lowest cost of entry with an application fee of $250—the same as Oregon, which ranks number one on our list. On the other hand, they do have the highest excise tax rate of 37% on both medical and recreational cannabis, and vast competition has stunted sales prices to a low $6.81/gram. Still, applicants are eager to get a foothold in the Evergreen state, and with a low bar to entry, we can see why. 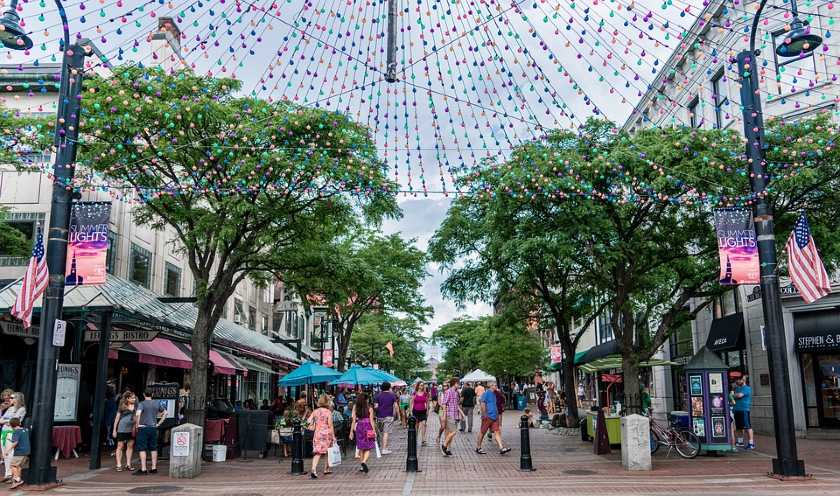 Ben & Jerry’s might be what first comes to mind when many think of Vermont, but this crunchy and progressive state makes our list for its cannabis-friendly business culture. Application fees are only $2,500 for dispensaries, cultivation operations, and manufacturing businesses, but they currently have a very limited number of licenses available and all of them are spoken for. If any open up, it would be wise to apply, as Vermont has a high average per gram sales price of $10.78, and does not currently have excise or sales taxes on either medical or recreational marijuana. 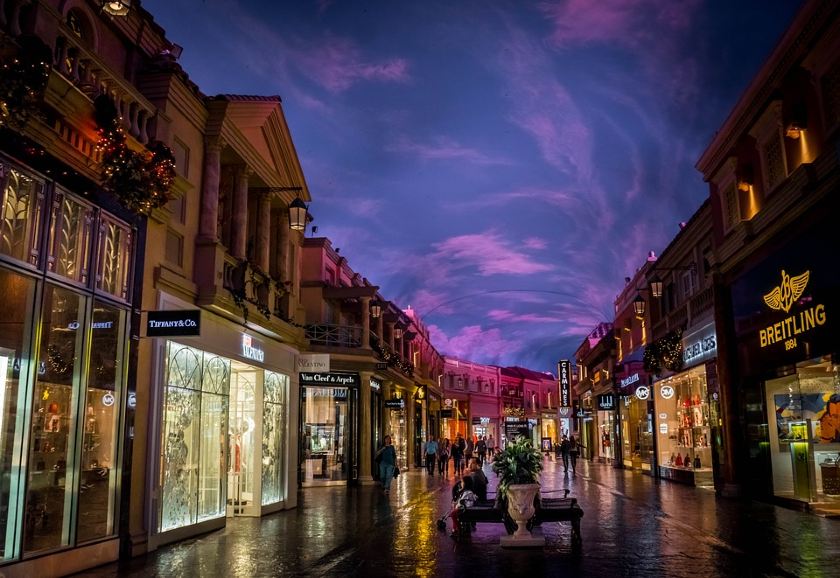 Nestled in the nation’s Wild West, Nevada is ninth on our list of top states for cannabis businesses. Though the costs associated with starting a cannabis business are average with a $5,000 application fee, applications are not open at this time. Nevada also has a 15% excise tax on wholesale marijuana and a 10% excise tax on retail for both recreational and medical cannabis. The good news is that there’s no income tax on cannabis, helping to offset the excise taxes. 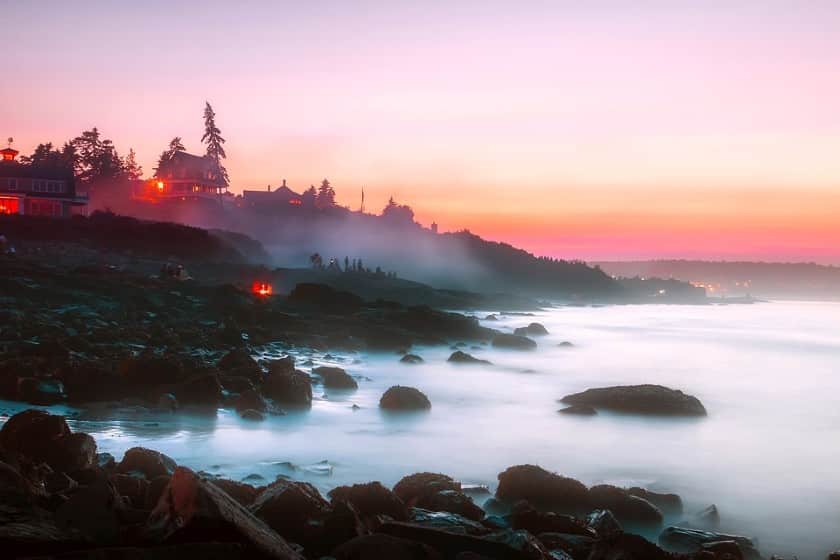 Maine, the self-proclaimed “vacationland” state, may soon be synonymous with more than lobster and picturesque New England summers. Those who know Maine as a nanny state (i.e., tax-heavy) won’t be surprised to hear that it’s not cheap to run a cannabis business here. While the application fee is only $300, this cost is based on each patient serviced with the limitation of up to five patients per cultivator. There’s also an excise tax of $335 per pound of flower and mature plants. Dispensaries require an application fee of $15,000 and pay a 21.5% excise tax. With fees and taxes that high, it’s no wonder that Maine is No. 10 our list.

Ranking on our list was determined by overall impediments to business success; therefore, the lower the total score, the higher the ranking.


Click here to see all data considered in our study.

To find the best states for opening a cannabis business, we collected data in five overarching metric categories—legal environment, ease of market entry, costs, tax climate, and market opportunity. Data was then analyzed and weighted based on each category’s importance.

It’s important to note that marijuana use on a state-by-state basis would ideally figure as a central metric in our ranking, but little data on this is available. This is why we chose instead to use state population as a measure of market opportunity.

First and foremost, we looked at which states have legalized marijuana for recreational and medical use. States were then grouped by which legal category they fell into, placing those with both legal medical and recreational use at the top of our list. We also considered what types of cannabis businesses are legally allowed to operate in the state. The more business allowed, the more favorable the ranking.

The cost to apply for and register a cannabis business varies greatly. Application fees, registration and licensing fees, and required capital can set you back anywhere from a couple hundred to over a million dollars.

The best states for opening a cannabis business are also those with lower tax rates that help safeguard a healthy profit margin. We looked at each state’s excise tax rates and sales tax rates to find those that leave businesses the most money after tax.

While harder to quantify, we looked at market opportunity in each state based on population, revenue, and average price per gram. While these are important factors, it is still difficult to quantify marijuana use due to lack of available data. Given the lack of information on use, we gave this category a weight of only 10%.

Finding the best state to open a cannabis business will help you avoid getting caught in the weeds—that is, lost in a maze of taxes, regulations, and applications fees. Ideally, you want a state where marijuana use is legalized with open applications, low taxes, high sales prices, and a large market. It’s important to note that cannabis is still in its infancy in the U.S. and laws are rapidly changing. That said, there’s little doubt that green biz is growing.

Before joining the team, Kelly Main worked as an analyst at firms like Lincoln Financial Group. She has also founded a number of successful startups, including OpenOnion under the Google Tech Entrepreneurs Program, which was later acquired under the name Whisper.