Dennis earned an MS in Risk Management and teaches economics, entrepreneurship, and finance at the City University of New York.

He writes for Fit Small Business, full-time, as an authority on small business financing.

Series A, B, C & D investments represent the first funding rounds that startups receive from investors. Each round involves the issuance of preferred stock sold to investors by a startup, with subsequent letters representing subsequent rounds. Startups use these funding rounds to hire staff, launch products, and market to customers.

What Series A, B, C & D Funding Rounds Are

Startups raise funding in multiple rounds from outside investors to fuel growth and expansion. To secure their ownership interest, venture capital firms offer startup funding for preferred shares. The purpose of naming the Series A, B, C & D funding rounds is to rank payments to investors and ensure earlier investors receive preferential treatment.

Startups rely on these investments to grow the company, reach new customers, implement new processes, and hire staff. At this stage of funding, most startups either can’t qualify for debt financing or need substantial capital injections that only equity financing from investors can provide. While raising equity helps founders avoid debt payments, a major drawback for entrepreneurs is the increased dilution of their ownership in a company.

While startups receive the funding they need to scale, investors receive equity in the company. Investors can sell their preferred shares if another company acquires the startup or the company goes public. In each case, subsequent fundraising rounds have both increased company valuation and diluted the ownership of previous shareholders. Investors try to maximize value by controlling valuation and dilution.

Series A is the first funding round that angel investors, venture capital firms, and accelerators provide to startups. Startups that raise subsequent B & C funding rounds use the money to expand their offering and scale the company. Series D funding rounds are rarer, and startups use them to prepare for an initial public offering (IPO). A Florida International University report shows that 20 months is the average time between funding rounds.

When Startups Raise Series A, B, C & D Funding

Series A Funding Round

The Series A funding round is the first round of equity financing that startups raise from venture capital firms. This funding round provides the financing for a company to take their product to a mass market and stabilize the company. Most startups are on shaky ground until this round of funding because they are often outgrowing their ability to generate revenue.

Going-to-market is another reason startups raise a Series A round. At this stage, the startup has already developed a minimum viable product (MVP), piloted the product, and found product-market fit. However, in most cases, its operations are demographically or geographically constrained, and a Series A funding round enables them to reach a wider audience.

Series A Funding Round: Fundraising and Valuation Stats

Series A fundraising and valuation statistics include:

According to a KPMG report, while the number of first-time capital raises from venture capital firms has declined, deal sizes have grown larger. This is because the cost of going-to-market is declining while private capital for earlier stages of funding is growing. Angel investors are offering larger funding amounts, and more startups are turning to crowdfunding to reach their customers.

Series A Funding Round Typical Investors

Series A investors include accelerators and venture capital firms such as: 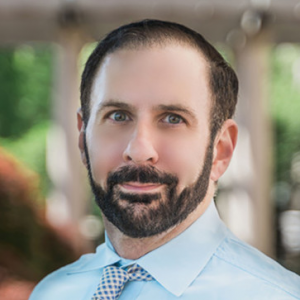 “Series A is best once a company has revenue and can help build scale from proof-of-concept to the point of sustained profitability. Startups raising Series B and above want some profit stream, but there are plenty of examples in ‘hot’ markets like WeWork, where they can get to an IPO without showing a profit. These are exceptions rather than the rule.”
―Brian Cairns, CEO, ProStrategix Consulting

Series B Funding Round

Startups raise a Series B funding round to scale the business and expand its distribution channels. At this stage, startups focus on enterprise-level solutions to grow the team, service more customers, and build reporting structures that keep the company on track. This is also the stage when venture capitalists are most valuable because they can offer both funding and advice.

Entrepreneurs consider a Series B funding round the most difficult to raise. The two primary barriers to raising a Series B round are survival and growth. Many startups do well but do not scale the business with a Series A round, often because of an overestimation of the potential market size. Achieving a high enough valuation is another barrier to raising investment that’s sometimes caused by an overvaluation from the previous funding rounds.

Series B Funding Round: Fundraising and Valuation Stats

Series B fundraising and valuation statistics include:

The dramatic increase in the fundraising amounts and valuations of startups that raise Series B results from larger early funding rounds. Another major cause is the increase in the time that previous rounds afford startups to scale. With the growth of startup ecosystems, multiple enterprise-level solutions enable quicker scaling.

Series B Funding Round Typical Investors

Startups that scale with a Series B round of funding, sometimes raise a Series C round from investors. Most times, this round of funding is used to scale reach and operations on a national or international level. This is the round in which most of the well-known venture capital firms behind major companies like Facebook and Uber invest.

Although the average amount that startups raise with Series C funding is higher than the previous funding round, the increase is not as large as previous rounds. Investors receive a smaller amount of equity at this stage because the company is generating sufficient revenue to scale operations and is now preparing for an IPO or acquisition. In both scenarios, overvaluation can hurt all the investors involved, so this round is more conservative.

Series C investors include venture capital firms such as:

The venture capital firms that invest in startups raising a Series C funding round are more established and command greater name recognition. The primary factors contributing to this are the expertise, leverage, and scale that these investors have. Companies raising this round of funding can be more selective about investors, require a different set of expertise, and need a large amount of capital.

Series D and subsequent fundraising rounds are the least common but also the largest overall. Startups use this round of funding to fuel further expansion and prepare for an exit. An exit can be an acquisition or an IPO. At this stage, startups need capital to operate and grow, and the expertise on its team that investment banks and private equity firms can provide.

The same factors that increased valuations in previous rounds are at play in the Series D funding round. The ratio of fundraising amount to valuation has continued to decline, reflecting the declining risk of the investment. This is the stage that most often produces “unicorns,” which are startups that earn a valuation of more than $1 billion.

Series D investors include investment banks and private equity firms such as:

The expertise that startups need to take a company public or negotiate the terms of sale differs from those needed to scale operations. Because of this, many startups rely on late-stage venture capital, private equity, and investment banks at this stage of funding. These companies focus on investments that are preparing to exit and are in the best position to help the startup through this process.

Example of A, B, C & D Funding Rounds for a Startup

A software developer that offers real estate client management solutions is growing quickly in the New York City market. However, its growth is outpacing its revenue, and it hopes to avoid turning down customers. To capture more of the market and expand its workforce, it raises a series A round of funding from a venture capital firm.

After investing the capital it receives, it sees growth continuing, finances stabilizing, and more opportunities open up. At this point, the company is doing well, with a great product, and it notices that its customers need an automated marketing platform to grow their business. It develops a prototype, tests it on a few customers, and realizes that this solution could potentially grow their revenue and customer base. Using feedback and projections, the founders raise another round of funding, a Series B.

The Series B round is a great relief for the founders as they can now pursue more customers, hire engineers and, ultimately, continue to grow. However, the venture capital firm requires that the company achieve a 100% increase in the number of customers to unlock additional funds. To do so, the founders invest part of the funding in a nationwide marketing campaign to grow their business.

The marketing campaign is a success, and the company achieves the necessary growth to unlock more funding. However, the scale and infrastructure it requires to service these new customers are lacking. The founders raise an additional round of capital with a venture capital firm that specializes in scaling software companies. During the following year, it uses the funding and resources of its investors to scale and grow the company.

The investors from all three rounds, employees, and founders are now ready to exit the business and liquidate at least part of their equity. To help them out, the founders enlist a private equity firm that will help them optimize operations, reduce costs, find a buyer, and sell the company. The private equity firm is successful, and the company is sold to a major real estate conglomerate at a higher valuation than the previous round of funding.

Understanding and navigating Series A, B, C & D funding rounds is complex for any entrepreneur. The entire fundraising process can raise questions that this article did not answer. We answer some common questions below.

What are the different stages of funding?

There are seven funding rounds that startups can go through. The first two, seed and preseed, are for small amounts of capital that angel investors can provide. Institutional investors like venture capital firms offer subsequent Series A, B, C & D funding. An initial public offering is the final funding round.

What is a Series AA round?

Startups use the Series AA round that Y Combinator developed before raising Series A capital. In most cases, companies go through the same process and issue preferred shares. However, it signals the earlier stage of development to investors and leaves startups with the option to pursue subsequent rounds.

Bootstrapping is the practice of using personal funds and earnings to grow a company. Entrepreneurs that wish to avoid raising money from investors fund the growth of their companies through bootstrapping. This is a common practice for smaller businesses and lifestyle entrepreneurs that are building a company that doesn’t have the potential to scale.

Series A, B, C & D funding rounds are the best solution for startups needing to raise venture capital to achieve scale and reach more customers. Startups don’t always go through several rounds, sometimes because of an inability to scale or because they don’t need additional funding. Accelerators, venture capital firms, investment banks, and private equity firms provide these funding rounds to startups.

Dennis Shirshikov is Fit Small Business’s authority on small business financing. His work has been featured in USA Today, the Wall Street Journal, Huffington Post, Business Insider, and Bloomberg. He has a master's degree in risk management with an emphasis on financial modeling. When not working with small businesses, Dennis teaches Economics at Queens College.