Robert has over 15 years of experience in sales leadership, finance, and business development. His expertise is highlighted throughout Fit Small Business in content around startup financing, business loans, and buying and selling a business.

The quick ratio, also known as acid test ratio, measures whether a company’s current assets are sufficient to cover its current liabilities. A quick ratio of one-to-one or higher indicates that a company can meet its current obligations without selling fixed assets or inventory, indicating positive short-term financial health.

How the Quick Ratio Works

The quick ratio is a liquidity ratio, like the current ratio and cash ratio, used for measuring a company’s short-term financial health by comparing its current assets to current liabilities. A company’s stakeholders, as well as investors and lenders, use the quick ratio to measure whether it can meet current short-term obligations without selling fixed assets or liquidating inventory.

The quick ratio formula is:

Some examples of current assets are:

What’s Not Included in Current Assets

Any assets that are not typically convertible to cash within 90 days are excluded from current assets and, therefore, don’t impact a company’s quick ratio. This includes inventory, as it is assumed it will be difficult to sell off all inventory within 90 days without discounting and potentially selling at a loss. All other excluded assets are considered fixed assets, which includes any assets that are not sold or otherwise consumed by a business during normal operations, such as property, equipment, and vehicles.

Some examples of assets not included in current assets are:

Current liabilities include all short-term financial obligations that a company must pay immediately or within one year. Included are liabilities like short-term loans, current maturities of long-term debt, accounts payable (A/P), payroll, and taxes.

Some examples of current liabilities are:

What’s not Included in Current Liabilities

Any long-term financial obligations that are not payable within one year are excluded from current liabilities, for example, long-term debt like commercial real estate loans, Small Business Administration (SBA) loans, and most business debt consolidation loans.

How to Interpret Quick Ratio Results

What Is a Good Quick Ratio?

Whether a company has a strong quick ratio depends on the type of business and its industry. Additionally, the quick ratio of a company is subject to constant adjustments as current assets such as cash on hand and current liabilities such as short-term debt and payroll will vary. As a result, many companies try to keep their quick ratio within a certain range, rather than pegged at a particular number.

It is generally understood that a quick ratio of at least one-to-one is desirable, with the ideal target for a company’s quick ratio falling somewhere between 1.2-to-1 and 2-to-1. Anything below one indicates a company will have difficulty meeting current liabilities while anything over two may indicate that a company is not investing its current assets aggressively.

Why the Quick Ratio Is Important

The quick ratio provides a conservative overview of a company’s financial well-being and helps investors, lenders, and company stakeholders to quickly determine its ability to meet short-term obligations. Financial institutions will often measure a company’s quick ratio when determining whether to extend credit while investors may use it to determine whether to invest capital as well as how much to invest.

Both businesses and bankers consider the quick ratio an important tool to measure a company’s financial well-being, and it is also generally employed by corporate financial professionals as well as investment analysts to assess the health of publicly traded companies. Small businesses can also benefit from using the quick ratio, as well as other liquidity ratios, to assess financial health.

Examples of Other Liquidity Ratios

Using multiple ratios to understand the current standing of a business is always advised. Small business owners should consider current and cash ratios as well because both of them are popular alternatives and work in conjunction with the quick ratio.

The current ratio, sometimes known as the working capital ratio, is a popular alternative to the quick ratio. The two ratios differ primarily in the definition of current assets. Current assets are typically any assets that can be converted to cash within one year, which is how the current ratio is defined.

The quick ratio only counts as current assets those which can be converted to cash in about 90 days and specifically excludes inventory. A common criticism of the current ratio is that it may underestimate the difficulty of converting inventory to cash without selling the inventory below market price, and potentially at a loss.

The cash ratio is another liquidity ratio, which is commonly used to assess the short-term financial health of a company by comparing its current assets to current liabilities. It is considered the most conservative of like ratios as it excludes both inventory and A/R from current assets.

The cash ratio is based on the assumption that both inventory and A/R may be difficult to collect on and should not be counted among liquid assets as to do so may artificially inflate a company’s ability to meet its debt obligations in the short-term. It is sometimes criticized due to its conservative measurement of stability and does not account for businesses that are efficient at selling through inventory and collecting on A/R.

Pros and Cons of Using the Quick Ratio

The quick ratio is one of several liquidity ratios and just one way of measuring a company’s short-term financial health. Among its positives are its simplicity as well as its conservative approach. Among its negatives, it cannot provide accurate information regarding cash flow timing, and it also may not properly account for A/R values.

Pros of the Quick Ratio

Cons of the Quick Ratio

While the acid test can be a great tool for companies attempting to gauge their short term health, as well as investors, lenders, and other partiers, due to its shortcomings, using the ratio on a standalone basis may not be sufficient to analyze the exact liquidity position of the company.

How to Improve Quick Ratio

Three of the most common ways to improve the quick ratio are to increase sales and inventory turnover, improve invoice collection period, and pay off liabilities as early as possible.

One of the most common methods of improving liquidity ratios is increasing sales. Methods like discounting, increased marketing, and incentivizing sales staff can all be used to increase sales that, in turn, will increase the turnover of inventory. As discussed earlier, inventory is excluded from calculating the quick ratio. This means that for inventory to become a more liquid asset, it should first be converted into cash through actively selling it.

3. Pay Off Liabilities as Early as Possible

Keeping the company’s liabilities under control is essential to improving the quick ratio. Current liabilities are in the denominator of the quick ratio and keeping them low will put your business in a better position. This can be achieved by paying off creditors faster whenever possible and reducing the repayment terms for business loans.

Robert has over 15 years of experience in sales leadership, finance, and business development. He recently spent six years leading a team of small business financing professionals, facilitating the deployment of critical capital to over 9,000 small businesses across the US. 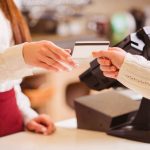 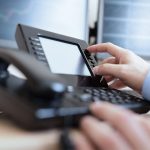 Call Forwarding: What It Is & How to Use It on Any Device