The average billboard cost in the U.S. is $850 for a four-week campaign, and varies based on ad format, circulation, demographics, and impressions. Plan to spend from $750 to $1,500 a month for physical billboard campaigns in rural areas, $1,500 to $2,000 in small to midsize cities, and $14,000 and up in larger markets. Digital billboards can cost from $10 per seven-second spot to over $15,000, depending on the billboard’s location, ad duration, and frequency.

If your vision is big but your ad budget is small, try Blip Billboards’ self-serve digital billboard ads for as little as $10 a day. Your ad will display on a digital billboard for 7.5 to 10 seconds per “blip” based on your budget. Plus, with no long-term commitment, it’s risk-free to try.

How Much Billboards Cost in the U.S.

Billboard Costs in Representative U.S. Cities at a Glance

The billboard rental price is not the only expense that affects how much a billboard costs. Chances are you’ll want to hire a professional graphic or video designer, which ranges from around $150 with Fiverr freelancers to as much as $500 per hour. You’ll also need to pay for the cost of materials for physical billboards, and may need to pay for billboard installation.

Here’s a closer look at additional costs for billboard advertising:

Factors That Affect the Cost of Billboard Advertising

In most cases, billboard advertising cost is referenced in cost per mille (CPM), or cost per thousand impressions. These are affected by circulation, demographics, and impressions. Together, these factors inform the billboard’s out-of-home (OOH) rating, as determined by Geopath, an audience location measurement tool.

A billboard’s OOH rating is based on three factors:

Billboards can be expensive, difficult to read, or inflexible, but may still be beneficial given their potentially high exposure and simple, targeted message. In addition to considering how much a billboard ad will cost, you should familiarize yourself with the pros and cons of billboard advertising before committing to a board.

On the other hand, digital billboards can be more effective as they are more dynamic, may be animated (and more attention-grabbing), and can be targeted based on time of day and more. Digital ads also provide small businesses on a budget with cheap billboard options. For example, with Blip Billboards, your ad budget can be as little as $10 per day.

How to Choose a Billboard Location

Billboard location is the most important consideration when choosing outdoor advertisement. Factors that influence the effectiveness of a billboard include traffic speed, proximity of the sign to the road, and traveler destination. If you decide that a billboard is right for your business, evaluate several locations before choosing the one that will target the most potential customers.

The factors that play into the desirability of a billboard spot include:

This type of data is generally available from the company selling the billboard space. However, it’s also a good idea to visit the location before committing to billboard advertising. Make sure you analyze where your customer base is coming from and put the billboard exactly where they’re most likely to see it.

Pro tip: Consider buying a physical billboard directly across from your competitors that draws attention to your brand’s point of difference, or unique selling proposition. For example, the McDonald’s billboard below is poking fun at Starbucks’ sky-high prices. 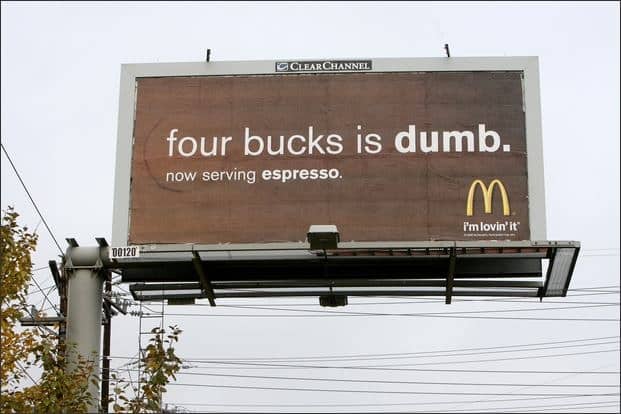 An example of a physical billboard capitalizing on brand differentiation. (Source: SeattlePI)

Alternatively, you can research digital billboard locations regionally or nationally through providers like Blip Billboards. They have more than 1,600 billboards, you can search by state, and you can start with digital ads for as little as $10 per day per “blip.”

How to Rent a Physical Billboard Location

If you’ve already chosen a billboard location, note the advertising company next time you pass the sign. The company name is usually listed below the image on the structure itself. Some of the largest billboard companies in the U.S. are Lamar, Clear Channel, and CBS Outdoor, but there are many local and regional providers. How much a specific billboard will cost will largely depend on the provider and location. 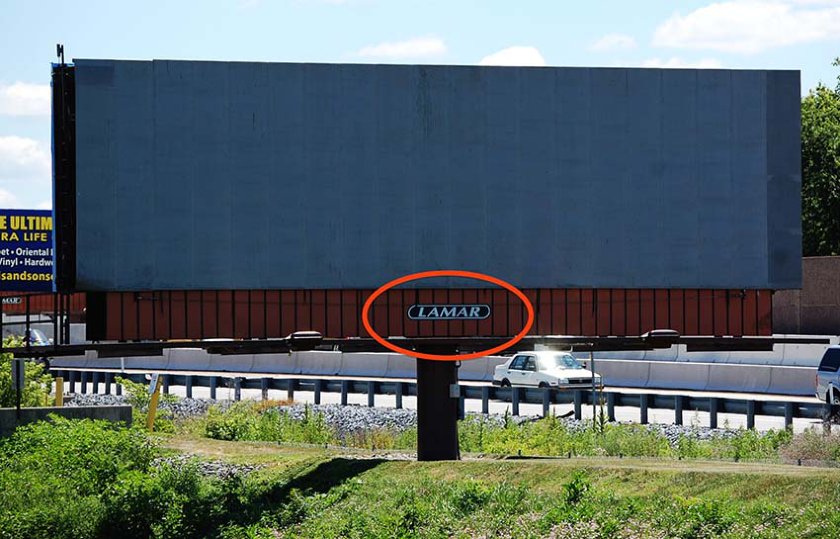 A billboard for rent found on the highway by Lamar. (Source: Lamar)

Who Billboard Advertising Is Right For

Billboard advertising can work well in many scenarios, from building brand awareness to driving web traffic or generating interest in a cause. For example, young businesses can leverage local advertising on billboards to build a brand presence regionally. In fact, billboards located on highways that advertise local businesses are extremely actionable because the audience is already nearby.

In addition, billboards are a great way to promote brands that don’t necessarily need immediate conversions but want to generate leads, such as for a law or medical practice. If you’re still on the fence about whether or not billboard advertising is right for your business, consider the following questions:

The main benefit of billboard advertising is that you can reach a large number of people within a specific geographical area. This is great for those starting a business and local businesses in general, whose target audience is very broad, yet within one geographic area.

Let’s take a look at some billboard examples and what types of businesses they’re best suited for:

Billboard Examples & Who They Are Best For 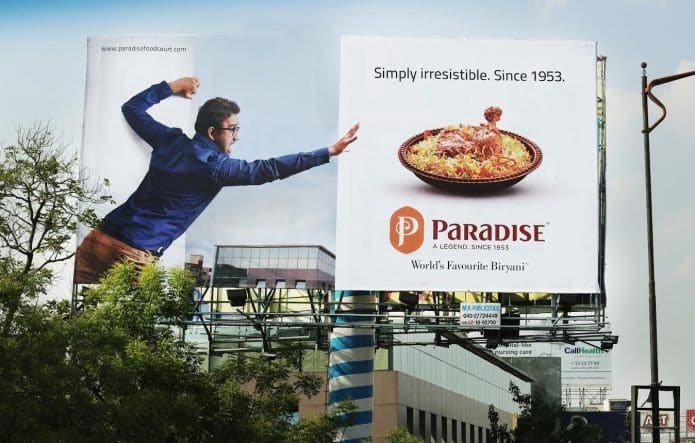 Everyone eats, so restaurant billboards are effective for local advertising. However, a local business that offers in-home chefs for high-end clients may not be a great candidate for billboards as it has a narrow audience.

Businesses that will do well with billboard advertising are:

Keep in mind that not only should billboard ads fit your audience type, but also your marketing goal. Generally, the purpose of billboards is not to convert buyers on the spot, but to boost general awareness of a local business, service, or organization. Below are some more examples of billboard ad designs that can generate brand awareness and help to drive web traffic or leads. 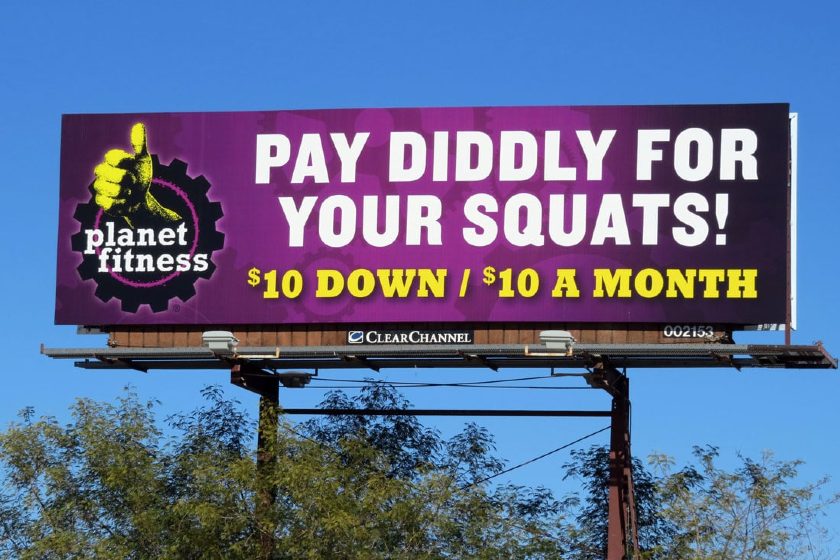 An example of billboard advertising toward a special new customer offer. (Source: clearchanneloutdoor.com) 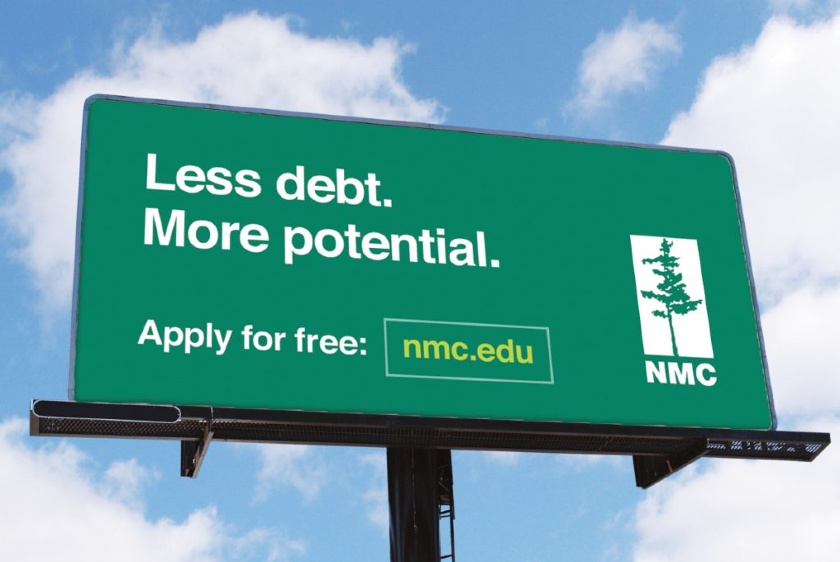 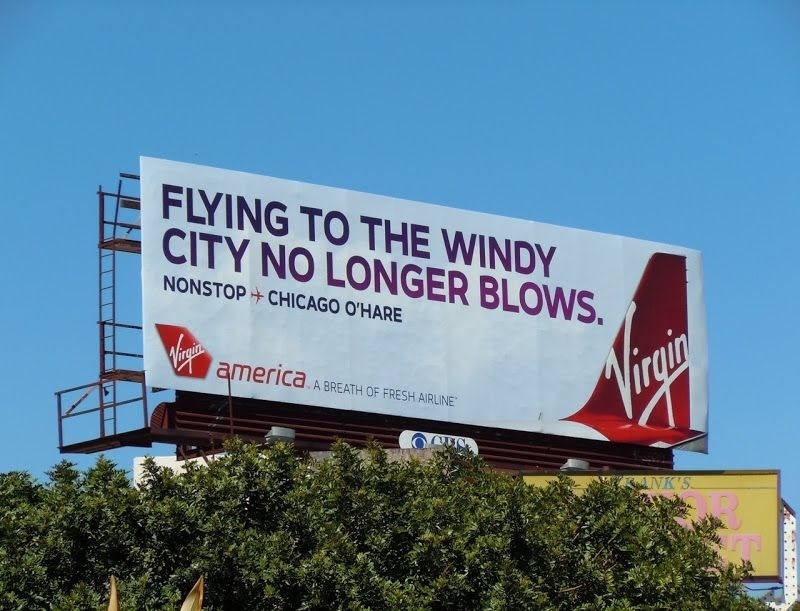 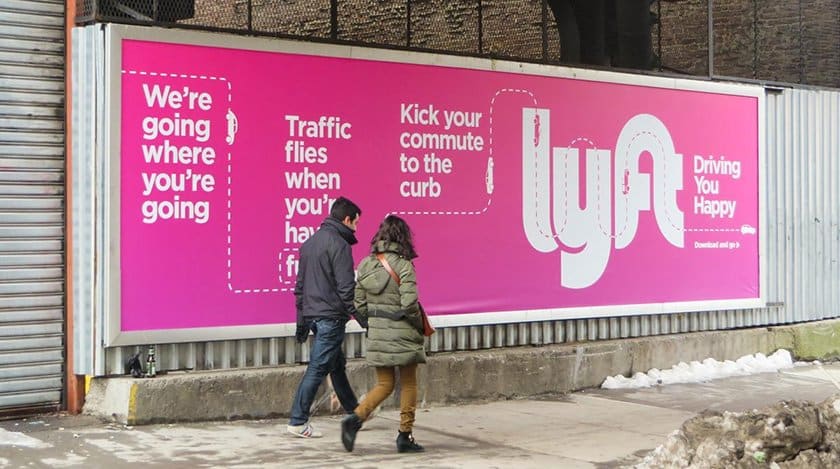 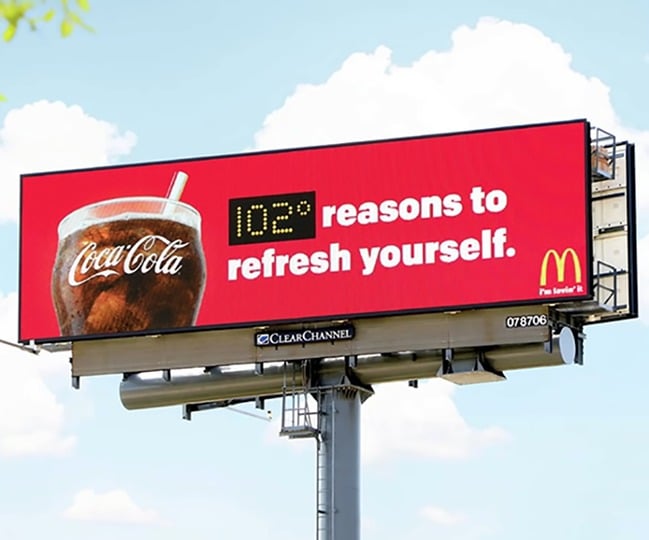 
Companies with household names like Coca Cola don’t need to advertise. It’s not as if anyone has forgotten it exists and yet large, national companies like Coca Cola spend millions on advertising each year—billboard ads included.

What other outdoor advertising options are there?

Billboards aren’t the only type nor the cheapest outdoor advertising option. For example, there are transit ads at subway, train, and bus stops. Lamp post banner ads and kiosks are great for visibility from foot traffic. Another form of outdoor ads are mobile ads, which appear on the sides of buses, trucks, and other large vehicles. They are more flexible than traditional billboards because they move with the traffic flow rather than being static.

How can I install a billboard on my property?

To install a billboard on your property, first look into local ordinances to confirm they’re permitted under local zoning regulations. Call your local city or county government to find out how your property is zoned. If consistent with zoning requirements, you can go ahead and construct the billboard yourself. Expect to invest around $2,000 to $10,000 for a standard billboard or $20,000 to $30,000 for a digital billboard.

Can I lease land to an advertising company for billboard ads?

Advertising companies like Lamar and Lang Media actively seek new locations for billboard advertising space and enter long-term leases with property owners for the use of their land. If you work with an advertising company, their team will typically handle everything, including construction, client acquisition, and replacing the ad. On average, expect to earn around 40% to 60% of the net revenue yielded by the sign.

The cost of billboard advertising can be formidable for a startup or small operation. However, Blip Billboard’s digital billboards allow you to build brand awareness at a fraction of the cost. Start for as little as $10 a day with a no-risk plan that doesn’t require a long-term commitment.

Elizabeth Kraus is passionate about providing the best answers for small business marketing to FSB readers. She has more than a decade of first-hand experience building and growing a boutique digital marketing agency and double that in small and mid-size business marketing management, including content marketing, web development, email, social media, and SEO.

Sign Up For Our Marketing Newsletter!
Sign up to receive more well-researched marketing articles and topics in your inbox, personalized for you.
This email address is invalid.
Sign Up For Our Marketing Newsletter!
(Only if you want to get insider advice and tips)
This email address is invalid.
Get Started with Digital Billboards for $10 a Day
Choose from over 1600 locations nationwide.
Visit Blip Billboards!