This article is part of a larger series on How to Start a Restaurant.

It can be challenging to create a restaurant name that is distinctive, memorable, and gives your customers an idea of what style of food and service to expect. This restaurant name generator gives you dozens of possibilities, the steps below will help you refine them. Enter your name, type of food, and location to get started.


Finding the perfect name is a big step toward realizing your dream of opening a restaurant. Your restaurant’s name should be as unique and descriptive as your menu. Here are a couple of steps you can take to help you decide on the ultimate name for your restaurant:

The best restaurant names tell your customers what to expect before they walk through your doors. A name like the Starry Night Brasserie suggests a slightly upscale French dinner spot. If your restaurant is a breakfast diner that specializes in extra-large Belgian waffles, however, that name wouldn’t be a great fit.

There are three major service styles to consider: 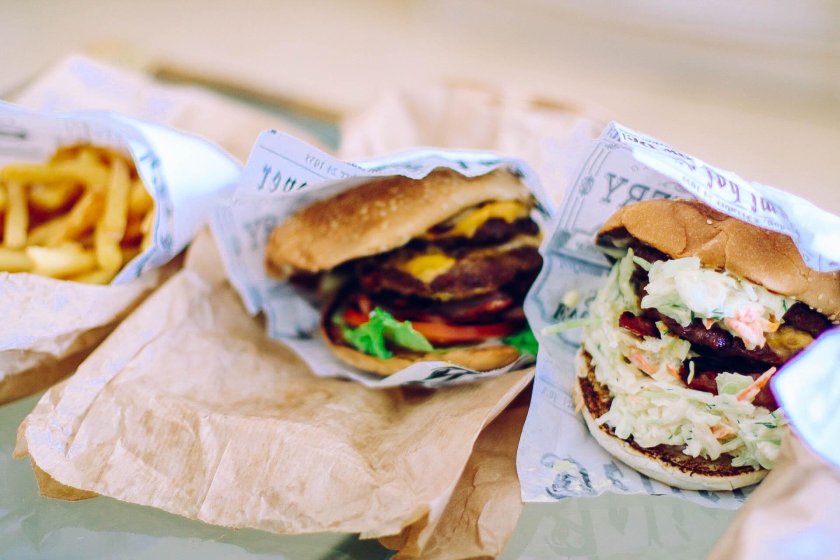 Quick service restaurants can be chains like Shake Shack and Chipotle, or local eateries like your favorite barbecue spot or Indian take out. Names in this category tend to be mouthwatering and give a vivid idea of what style of food they serve. They should also be easy to spell using a smartphone keypad, so they will be easy for customers to find on delivery apps like UberEats, Postmates, and DoorDash.

Some popular words that immediately suggest quick service are:

“Don’t overthink it. Find something you like, and go with your gut! Your success or failure will be predicated much more on your location, atmosphere, food, cocktails, service culture, etc. So, don’t lose focus!”

Names for a Casual Restaurant

If your restaurant concept has a waitstaff, but no tablecloths, you are entering casual restaurant territory. This is the world of Applebee’s, TGI Fridays, and your local pasta spot. Typical restaurants in this category are cafes, bistros, and chop houses. Like a quick service restaurant, casual restaurants need a distinctive and descriptive name; Legal Seafoods is a great example. A casual eatery can take a bit more poetic license if inspiration strikes, however. 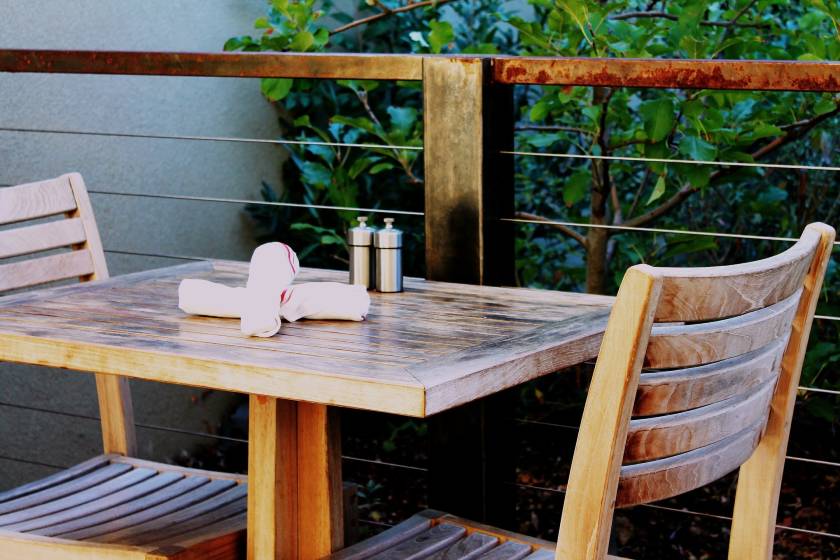 Casual restaurants tend to have many tables, but don’t use tablecloths

These are common words you’ll find in casual restaurant names: 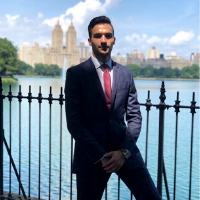 “If you’re struggling to find the perfect name for your restaurant, don’t force it. Instead, research popular restaurants, study the history of your cuisine, understand its culture, unveil unknown facts about its origins, and then take your mind off the topic. Your best ideas will come when you’re most unprepared for them.”

Here are some popular strategies for standing out in the fine dining realm:

High end restaurant names tend to be a little more puzzling than casual and quick service restaurants. The experience of their restaurant begins with the name, so at this tier, adventurous names are more important than names that telegraph the type of food on the menu. 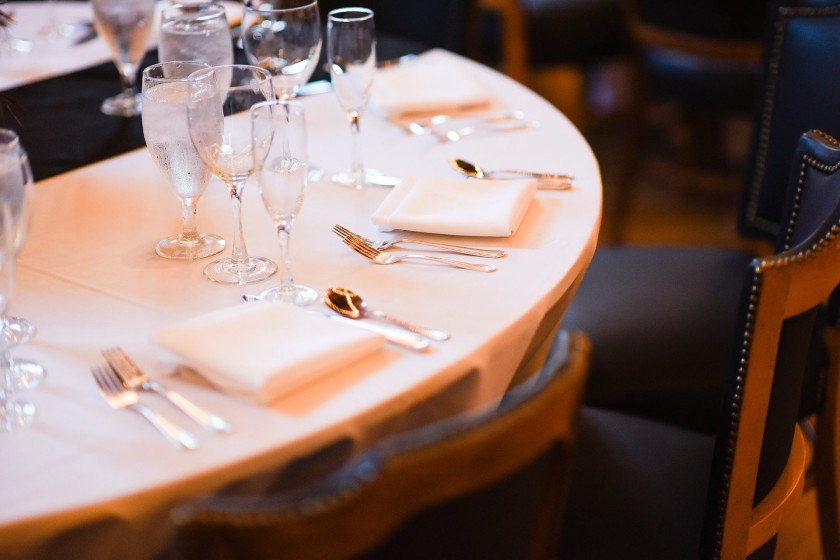 2. Consider the Cuisine of Your Restaurant

If your restaurant will serve French, Italian, or Japanese food, then your restaurant ancestors have done a lot of work for you. These culinary traditions have standard naming hierarchies that define the level of service at various types of restaurants. If you are planning to serve French fare with early hours and lots of coffee, you are a cafe. If you are an Italian restaurant with fine dining ambitions, you just opened an Osteria. A casual Japanese grill is easily an izakaya.

Here is the basic spectrum of each, listed from most casual to most upscale:

These naming traditions tend to describe the type of food served as well as the culinary style it comes from. Most Americans are familiar with the dish that gives a pizzeria its name. In the same way, a cafe is defined by its excellent coffee program, while an Izakaya is named after by the variety of skewered meats and vegetables that are cooked over a small charcoal grill. Bistros and Trattorias are French and Italian restaurants that offer full service and a wide ranging menu. 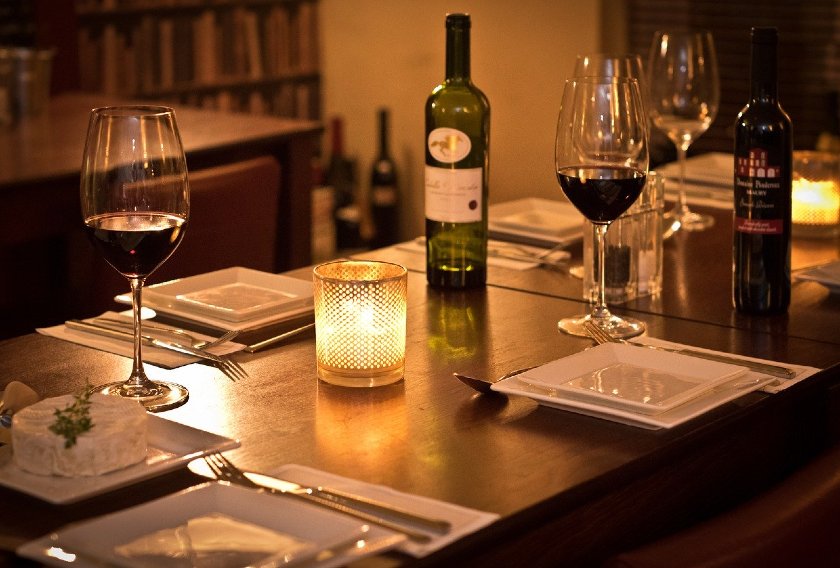 Customers visiting a Vinoteca will expect Italian food and wine

Italian vinotecas are wine-focused. A Japanese Sushi-ya will serve, of course, sushi. If you are serving any style of food that is exotic to your location, choosing the name of a single, signature dish or ingredient can work. La Paella Spanish restaurant is a good example, as is Chipotle, or the Philadelphia restaurant Stargazy, named after the classic British dish Stargazy pie.

Regardless of your service of cuisine style, there are some tried and true naming conventions that can work to generate restaurant name ideas. These can be combined with the information in the previous two steps to create your full, formal restaurant name.

Try a few different combinations. Play with the order of words; Bistro on the Boulevard has a different ring that The Boulevard Bistro. Come up with three to five restaurant name ideas to test on friends and business partners. Then sit down with your favorite options, and make sure they are available.

If you have thought of a perfect restaurant name, it is possible that other business owners have thought of the same one. A Google search for Pane e Vino, for example, displays a mountain of results in cities all over the world. Especially in the age of social media and food delivery apps, your restaurant’s name should be unique so it is easy for your customers to find you. 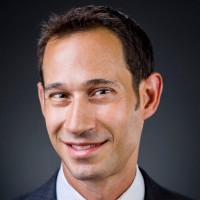 “I counsel all my clients whether for a restaurant or another business to conduct a search after they come up with some candidates. We suggest that they conduct Google, Bing, Yahoo, Yelp, Open Table, Resy and any other industry specific searches on their own to assist in narrowing down a potential candidate before hiring an attorney to conduct a clearance search. If they find anything similar, they should move on to their next option.”

Before finalizing the name of your restaurant, search for the name on common food delivery apps as well as social media and Google. Look on your local Secretary of State’s website to see if other businesses near you operate under the same name. Check sites like GoDaddy to see if the website domain name is available.

A completely singular name may not be important to smaller operations. If you are operating a small-town diner, it may be fine if your restaurant shares a name with an eatery in another state. If you have plans to grow your business to multiple locations, however, it is a good idea to trademark your business name.

If you have an attorney advising your business, he or she may be able to assist you with registering a trademark. Alternatively, a company like IncFile offers a trademark registration service for $199, plus the $275 Federal filing fee. Its package includes the services of a trademark attorney who will conduct a search to ensure that your desired name is available to trademark. Processing a full federal trademark can take three to four months.

When you start a restaurant, you need a name that is unique and descriptive. The best restaurant names also let customers know what style of food and service to expect, without being so common that you might be confused with a competitor. Once you find a good fit, you’ll need to do a search to ensure that you can get your restaurant name as a domain name, and social media handle.

Mary King is a staff writer at Fit Small Business specializing in restaurants and hospitality. With more than a decade of hospitality experience, Mary has worked with some of the best restaurants in the world, and some of the most forward-thinking hospitality programs in the country. Her firsthand operational experience ranges from highly specialized small businesses like food trucks and coffee shops to the grand scale of Michelin-starred restaurants and cutting edge co-working spaces.

Ways to Get the Best Business Logo Design (+ 21 Inspiring Examples) 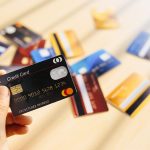