Roberta is a staff writer for Fit Small Business. With more than 5 years of experience in the writing industry, she now focuses on creating content about business websites for the Sales and Marketing group.

This article is part of a larger series on Press Release.

The best press release distribution services get your news in front of the right people. To ensure the largest amount of coverage, a great press release service should filter media outlets by location and niche so that your release gets seen by journalists who actually want to publish what you’ve written. To help you out, we took a look at dozens of press release services and narrowed it down to the six best based on features, services, and value for the price.

Based on our criteria, here are the best press release distribution services for small businesses:

With plans starting at $99.95 for a single press release, and premium plans with set pricing for either 10 or 50 press releases, EIN Presswire is one of the most affordable press release distribution services in the market. Send your news out to a variety of high-quality media channels all over the world, from print and TV to social media, and target distribution by industry or location.

EIN Presswire is our overall best pick, but they don’t offer proofreading or press release writing services. For the most thorough proofing and editing, choose Newswire or Cision, which offers similar pricing to EIN Presswire and proofreading free in all plans except the Basic plan. Alternatively, for an all-in-one writing and distribution solution, choose eReleases, which tops our list of the best press release writing services.

EIN Presswire offers plans ranging from $99.95 for a single press release to $999 for 50 press releases. The Basic Plan includes one distribution channel, social media targeting, and a 700-word limit. Subsequent plans offer five distribution channels, and up to 2,500 words. All plans offer targeting by industry and location (by state or for an additional fee internationally), plus embedded media.

Starting at $299 per press release, Newswire is among the most well-known press release services. It stands out for allowing you to easily and extensively target press releases domestically (regionally, by state, or nationally), internationally, and by industry. As such, it is best for small businesses needing highly targeted distribution.

Unfortunately, Newswire does not offer copywriting services, unlike eReleases and PR Distribution. It is also more expensive than most of the other providers on our list, including our top pick, EIN Presswire. Plus, embedding video costs extra, unlike with IssueWire.

All plans come with a three-tier editorial process to ensure the quality of your press release. Advanced plans provide distribution to thousands of outlets, state and social media distribution, and additional analytics reports.

Reach the right people in the right places to amplify your press release and gain the media’s attention using Newswire.

Businesses wanting wide distribution among U.S.-based media outlets and journalists will find eReleases to be the best press release company thanks to its massive database. eReleases has over 1.7 million journalists and social media influencers in its database, and you can rest assured that your press release won’t end up in any spam folder.

eReleases is also a good option when you need a press release writing and distribution solution for reaching niche industries. eReleases’ editors write press releases that target journalists by industry, then distribute them to journalists who signed up specifically to receive these types of press releases.

Like Newswire, eReleases doesn’t have a small business budget-friendly entry-tier plan like EIN Presswire or Cision. However, you can send your release directly to the inboxes of thousands of journalists and editors with a $150 direct-to-journalist add-on in the two lower-tier plans (or included in the upper tier Pro plan). This could be a huge advantage for small businesses trying to land additional media coverage.

eReleases pricing includes plans that range from $299 to $599 per release. All plans offer syndication via thousands of outlets, two attached images, unlimited hyperlinks, and next-day distribution. Depending on the plan, you get distribution for releases between 400 and 600 words, distribution to between 90 and 150-plus sites, and between one and three targeted lists by industry and location.

Get your press release in front of the largest U.S. audience using eReleases.

IssueWire, which also made our list of the best press release writing services, offers the cheapest press release distribution plans, including one that’s free. However, the free plan and first two paid tiers display ads, so small businesses on a budget looking for the most credibility should opt for either the Tier 2 or Tier 2 Pro plan.

IssueWire pricing includes plans ranging from free to $65 at the highest tier. The free, Tier 1, and Tier 1 Pro plans display ads, so the $45 Tier 2 or $65 Tier 2 Pro plans are better for small businesses when budgets allow. The free plan doesn’t include any guaranteed placements or even indexing for online search, but all paid plans do. IssueWire also allows more anchor links and embedded images than most other services.

Get your news published without a hefty price tag with low-cost press release services from IssueWire. 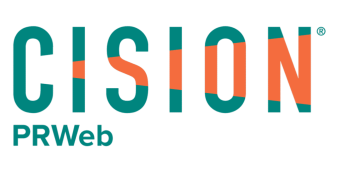 PRWeb stands out by offering comprehensive analytics and reporting of where your press releases are published. Reports are offered in real time and by email. This helps prove the impact of your announcement and its value to your business. As such, PRWeb is best for data-driven marketers who want to ensure their press release strategy is working to meet business goals.

One thing missing from Cision PRWeb plans is regional targeting like you will find with EIN Presswire. In addition, it’s not an all-in-one solution for professional press release writing and distribution like eReleases and PR Distribution.

PRWeb pricing ranges from $99 to $405. Basic and Standard plans offer permanent placement on PRWeb and SEO tagging to help your content reach your desired audience. Higher-tiered plans further offer between one to three industry lists for targeting, proofreading, 1,200-plus site syndication, and video and image embedding.

Get the most comprehensive performance data for your team by using PRWeb.

PR Distribution stands out for its multiwire plans that publish your news to a wide range of international outlets starting from $399. All plans include social media distribution and sharing as well as placement on Google, Bing, and Yahoo! sites, just like IssueWire, as well as financial feeds.

PR Distribution is also a good choice for small businesses that want to use press releases to build links, as long as they can afford to pay $799 or more for plans that include placement on high-authority websites like Moz and Ahrefs. This consists of all major search engines as well as ABC, CBS, Fox, and each network’s affiliates. However, only upper tiers include the multilayer editorial process that you get with all Newswire plans.

PR Distribution plans range from $99 to $1,999 per distribution. Its entry-level plan includes 25 guaranteed press release placements (including search engines like Google and Bing, as well as TV and radio news outlets). All but the base plan allows for unlimited word count, which is not often found with press release services.

Advanced plans offer 50 to 75 additional placements, a release SEO audit, and a multitiered editorial process, similar to Newswire. You are also able to save by purchasing multirelease packages; save 25% with a six-release package, save 35% when you pay for 12 releases, or max out your savings at 50% by purchasing a 50-release package.

How We Evaluated the Best Press Release Services

The best providers make it possible for small businesses to affordably send out media announcements and employ features that allow them to stand out for a greater chance of coverage. For this reason, we compared prices, services, features, and inclusions to determine which provides the best value for small businesses.

The criteria we used to evaluate the best include:

Based on our expertise, the service that offers the best affordable yet comprehensive targeting to get your news in front of the right people is EIN Presswire. Starting at $99.95 for a single press release across top search engines, major news sites, U.S. TV and radio, plus worldwide outlets, EIN Presswire makes sure your press release gets to where you want it to go.

How much does it cost to distribute a press release?

It’s entirely possible to issue a press release for free on your own or by using IssueWire or a free distribution service. However, to get targeting, extensive reach, and guaranteed placements, many businesses opt for premium distribution services. Pricing generally starts around $99 but depending on the features you want, could increase to several hundred dollars.

Which press release distribution is best?

Choosing the best press release company comes down to what your business needs. For example, startups and small businesses may prefer the low-cost starter plan and targeting available from EIN Presswire. Alternatively, those also needing press release writing will be able to get both services from PR Distribution, eReleases, or IssueWire.

However, business-to-business (B2B) companies needing industry marketing may prefer eReleases’ network of industry-specific journalists instead. Or for guaranteed coverage, companies such as PR Distribution are better.

How do I send a press release?

There are a few ways to send a press release, from sending it manually to using a paid service. While it can be great to deploy both strategies, many businesses (large and small) opt for professional distribution because it’s the easiest and fastest way to send a press release, target an audience, and potentially earn additional media coverage—affordably.

Elizabeth Kraus is passionate about providing the best answers for small business marketing to FSB readers. She has more than a decade of first-hand experience building and growing a boutique digital marketing agency and double that in small and mid-size business marketing management, including content marketing, web development, email, social media, and SEO.

Roberta Benitez has brought more than five years of writing experience prior to her work at Fit Small Business. Before joining the team, she primarily worked in startups, where she still does freelance work in her spare time. She has extensive experience in writing about a variety of topics from marketing and business to gaming and culture. Now she writes for the Sales and Marketing group, informing readers about the best way to create their own small business websites.