Free press release distribution services syndicate your press releases to a network of media outlets for free. We looked at the available options and found only four reputable choices among the ninety-plus available. From there, we reviewed the four options on criteria such as the size of their distribution network, level of customization, and ease of use.

Small businesses looking for a free press release (PR) distribution service typically want the widest network at no cost. However, PR services are often low in quality, and business owners need a free distribution service with a workable interface. This makes both the size and value of potential syndication, along with the ease of use, important factors to consider.

If you want the highest levels of syndication possible, you should use all of the free services on this list, as there aren’t any mutually exclusive options. If you must use only one, select PRLog, since it will syndicate your press release to the highest number of media partners. However, you might have more success trying a paid service. For more information, check out our article on the best press release distribution services.

PRLog is one of the oldest and most reputable press release services with the widest network of free media outlets for syndication, including Yahoo! News and Google News. PRLog also lets you customize your press release for free, adding things like a photo, logo, link, and video. It is best for businesses that want a professional-looking press release distributed to the most media outlets at no cost.

PRLog’s distribution levels set the standard for free press release services. You can select an industry in which to list your press release, along with three keywords or tags and one location listing. This will help you get the most relevant syndication, allowing your press release to show up on leading sites. Additionally, PRLog sends an email to journalists as well as lists your press release on their homepage.

The distribution offering for PRLog includes:

PRLog allows you to add one photo, one text link, a company logo, and a video embed. The press release is limited to a maximum of 500 words.

You can distribute your news immediately after writing your press release or schedule it in advance for up to three days. Many other free services do not allow for same-day publishing or advanced scheduling.

PRLog has been in existence for many years, and the interface is showing its age. In spite of the clunky feel, the functionality is solid. Submitting a press release involves creating an account and uploading your release, which takes about ten minutes as long as you’ve already written the copy.

What PRLog Is Missing

PRLog’s interface is dated and cumbersome to use. Also, since thousands of users submit free releases on PRLog, your press release may not receive wide visibility among journalists or other media companies. This is one reason why a paid service like eReleases is often a superior option to free providers.

Press releases with Newswire today are free due to advertising placement on the releases. Their syndication partners include industry-specific media sites, PR agencies, market research reports, and other news content providers.

Since Newswire is owned by a large advertising and communications company (Limelon Advertising), they may possess a broader distribution than the other free press release providers on this list except for PRLog. Free releases are syndicated via RSS to approximately 2,000 sources.

As with most free press release providers, customization is limited. You are not able to add your logo, images, multimedia, or links. In addition, you will not be able to include any contact information in your press release. Finding the right balance between functionality, features, and syndication is challenging, which is why the best choice is often a paid service such as eReleases.

Press releases are published in the order they are received. Newswire Today’s free level of service does not allow you to schedule the release to be published at a specific time. Paid upgrades allow same-day publishing or scheduling within a 30-day window.

Out of all the free distribution services on this list, Newswire Today is the most difficult to use. The site is dated, the text is small, and filling out forms and information can be cumbersome and time-consuming.

What Newswire Today Is Missing

Newswire Today is challenging to use. Unless you are used to the interface, it may take some time to figure out how to send a press release. Additionally, the cost of the paid upgrades does not seem to be commensurate with their value. Instead, use a paid service like eReleases and receive up to 33 percent off your first press release.

PR.com is a good choice for businesses that want press release features that usually cost money, including company logo, industry targeting (up to five industries), keyword listing, and a file upload. While PRLog offers some of these things, no other free press release service allows you to attach files to your release, which could be good if you have additional marketing material or a special offer. However, PR.com’s free plan provides distribution only on the company’s own website.

Free releases with PR.com provide distribution only on PR.com’s press release page, which is the section of the website containing all recent releases. Journalists and media outlets frequently search these pages for news and stories. PR.com has additional paid distribution packages that will submit your press release to a standard array of news agencies.

PR.com has the highest level of features of all the free press release services we evaluated. These features come with a tradeoff, however, since PR.com only publishes releases to their own site. For full features plus maximum syndication, you’ll typically want to use a paid service like eReleases.

With PR.com, you receive the following free features:

The interface is dated but functional. Submitting a release is a simple matter of following each step. The challenge to submitting a press release is the aggressive upselling throughout the process, which can make it hard to figure out how to send a free release. For a press release service with a better interface, check out eReleases, our recommended paid option.

PR.com allows the following upgrades for a cost:

What PR.com Is Missing

PR.com does not syndicate your release to media outlets for free. PR.com’s website is itself a large and reputable press release source, but you should not expect wide syndication. Syndication may happen organically as media outlets, journalists, and search engines pick up your press release and circulate it. If you select PR.com for your free press release, be sure to use an additional service provider like eReleases.

Distribution is limited to publication as a standalone page on the site and is live for 90 days. The page template includes nine social sharing buttons and is supported with banner ads on the sidebar. Paid upgrades with Online PR Media or paid services such as eReleases do not contain ads and will reach a much wider audience through syndication.

You are allowed one link in the media contact area and can submit one press release per day. As an added benefit, the links from the press release may provide your website with marginal SEO value. You can target up to seven industry categories with each release.

Free press releases are live on the site for 90 days. Press releases are reviewed prior to publication. If your press release is approved, it should be published within 24 hours of submission. If it does not meet the editorial standards, you will receive an email with information and instructions.

Online PR Media is the easiest platform to use and takes the quickest to complete. Signing up takes seconds, and the process of submitting a press release is quick and intuitive.

Paid upgrades are priced based on the level of distribution and features:

What Online PR Media Is Missing

Free press releases allow any business to send a complete press release without the cost associated with conventional releases. Although many of the free press release platforms lack functionality, custom features, or wide distribution, they still accomplish the main purpose of a press release, which is to announce a newsworthy event for your business.

However, it can be inconvenient to use free services because you’re only getting marginal levels of coverage. With just one paid service, you can typically get far more distribution than you would by using ten free services. For the best and widest syndication, consider using a paid service like eReleases and receive up to 33 percent off your first release.

Daniel Threlfall is a digital marketing strategist, content creator, and small business advocate. In his decade of experience in marketing, Daniel has been able to engineer a viral blog for Neil Patel, refine the marketing approach of Noah Kagan, create content for Hiten Shah, lead international website expansion for Fiji Water, and consult for Shopify. Daniel’s passion for writing has allowed him to publish content on Forbes, Entrepreneur, FastCo, Smashing Magazine, Harvard Business Review, Washington Post, Business Insider, The Times, and other niche publications. Daniel and his spouse, Keren, run a local real estate business in South Carolina. Their four kids watch, learn, and sometimes help out. 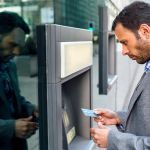 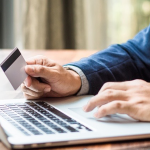