Laura has over 20 years of experience in human resources and has served as the HR director in Fortune 100 companies. Her expertise is featured across Fit Small Business in project management, recruiting, HR operations, and other HR content.

Please note that this article contains general information, and we suggest consulting with a legal professional about exceptions that can prevent at will employment from being used as a defense in a lawsuit.

How At Will Employment Works

At will employment has two main purposes:

However, if you ever find yourself in a situation where a disgruntled employee sues you for wrongful termination, the legal concept of at will employment may protect you.

Though not required to take advantage of at will employment, it is a best practice when hiring to explicitly state that you are an “at will employer” and that the employee is subject to “at will employment.” Include this language in all employee paperwork, including the new hire orientation forms, offer letter, employee handbook, and termination letter.

Note for Employees about At Will Employment

Employees need to know that, under at will employment, an employer can not only terminate them without notice or cause, but can also change job duties, benefits, and even compensation with no prior warning or rationale. The good news? In practice, this rarely happens.

Why? There are many federal and state employment laws that impact the at will doctrine, so most employers put programs in place to coach and correct job performance in lieu of randomly terminating people, changing their job status, or lowering their pay.

Next, we’ll go over some of the laws that impact at will employment.

4 Exceptions to Employment at Will

Under employment at will, either party is free to end the employment relationship for any reason. An employee can quit with no reason and no notice. It’s the same for employers.

As simple as that sounds, it’s not that easy. As an employer, for instance, it can be risky to terminate someone just because you don’t like how they act or dress.

There are four big exceptions that undermine the at will doctrine:

The public policy exception to at will employment recognizes that there are many governmental laws, rules and policies, such as anti discrimination laws and other employment laws, that protect employees. These laws and policies may void employment at will from being used as a defense in a wrongful termination suit.

One of the main ways this comes into play is with anti-discrimination employment laws. You can’t fire someone because of their gender, race, ethnicity, sexual orientation, age, disability status, or other legally protected characteristics. As Dr. George Taylor III explains: 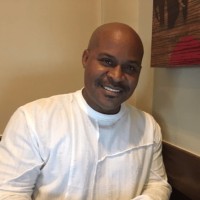 “Employment at will does not equate to free rein to hire and fire at will. Retaliation and discrimination are both common defenses upheld by the courts.”

Some examples of public policy exclusions to at will employment include:

The examples above are prohibited under federal laws. All but 7 states expand on these public policy exemptions. In fact, the state of Montana has gone so far as to revise the definition of at will by enacting legislation through the Montana Wrongful Discharge From Employment Act of 1987 (WDEA). Montana law negates the at will doctrine entirely, except during an employee’s probationary period.

In the table below, we’ve added a link to state-specific information so you can do a deeper dive on how at will employment is interpreted or expanded in the states you do business in.

The covenant of good faith means that the employer and employee have to be fair and forthright with each other. Neither party can undermine the other’s rights or benefits. In states that follow this covenant, employers must have just cause to fire someone — such as a company policy violation, insubordination, or poor performance.

The chart below shows which states apply the covenant of good faith, as well as which states have expanded on the public policy exemptions.

State Interpretation of At Will Employment

Employment Lawyer Kimberlee Gee, Esq., clarifies how an employer can demonstrate just cause should they hope to win a wrongful termination suit under the doctrine of at will employment. She also shares what not to do, so you’re not seen as acting in bad faith or with malice: 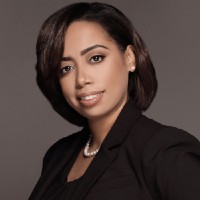 “Actively interfering with an employee’s performance measures and then firing them for failing to meet performance standards would be an example of terminating someone without “just cause,” or perhaps would show evidence the employer was acting with malice or bad faith.

For example, if you tell your employee they must complete a project by a certain deadline, and then you — the employer — develop a pattern of changing the deadlines at the last minute for no legitimate reason at all, it would be difficult to prove you had “just cause” for terminating the employee for untimely submission of work since your actions in effect contributed to the employee’s performance deficiency.

In this example, “just cause” for firing an at-will employee for performance issues would be a showing of consistent application of performance measures, annual or mid-year performance reviews documenting performance deficiencies, and progressive disciplinary warnings regarding the employee’s subpar performance.”

Employment contracts, either formal ones or those that are ‘implied’, also undermine the protections offered to employers under at will employment.

Some employers provide an employment contract to employees which outlines their duties, responsibilities, and work structure. Certain language in employment contracts can undermine at will employment. For example, specific compensation amounts and fixed employment or payment dates may be construed by a court as ‘guarantees’ should you terminate the employee during the contract period.

The best practice is to add a clause to the job contract clarifying that employment is at will. Here is an example :

“While we look forward to a long and profitable relationship, you will be an at will employee of the Employer, which means the employment relationship can be terminated by either of us for any reason, at any time, with or without prior notice and with or without cause. Any statements or representations to the contrary (and, indeed, any statements contradicting any provision in this letter) should be regarded by you as ineffective.”

Even if you don’t have a written contract, you could inadvertently, through work practice, precedent or conversation, lead the employee to believe they would not be fired, would receive a promotion, or are due some other employee benefit. An implied contract might result in losing your defense that your employee was employed at will.

For example, if all your employees in the past received a raise after 90 days, this precedent could create an implied contract that you not only will retain the employee, but will bump their pay, once they hit the 90-day mark.

Or, if you tell an employee something like, “once you complete your certification program, I’ll promote you”, and then you end up firing the employee right after they complete the training, they could sue you, suggesting that your promise of a promotion with pay increase was an implied contract.

In addition, simple well-intentioned statements like, “you’re so valuable, we’d never let you go!” or “once you finish school, we’ll give you a full time job.” could come back to haunt you, by being considered an ‘implied’ contract.

Since unions and collective bargaining units often cross state lines and also have their own contractual language, employees in those organizations are not subject to employment at will.

Typically, trade union agreements contain language clarifying under what conditions an employee can be terminated, how they are to be notified, and how they will be compensated upon termination. If you employ union workers, you’ll need to abide by the language in those contracts.

There are so many exceptions to the at will employment doctrine, that it’s in an employer’s best interest to follow sound HR practices, including stating that “employment is at will” in all employee documentation. Employers should document involuntary terminations with a valid rationale so that they’re prepared in advance to defend themselves against a wrongful termination lawsuit, should one be filed.

If you are hiring, then check out our guide on how to do a job interview. It also features a free checklist so that you don’t miss out on any steps.

Laura Handrick specializes in the full cycle of human resource topics from recruiting to talent management. She holds SHRM certification as a Senior Professional in Human Resources (SPHR), a Master's in Educational Technology from San Diego State, and is certified as an International Franchise Executive through the IFA. She has worked with small business owners and managers as a business coach and served as the HR director in Fortune 100 companies.