Blake is an award-winning consultant, writer, and speaker. As a consultant, he helped over 700 biz owners start and grow their business. His expertise is featured across Fit Small Business in starting a business content.

The term “startup” gets casually thrown around by so many people and so many organizations that it’s hard to know what the heck it means. Here’s a clear definition: a true startup is a business that is laser-focused on accelerated growth, increasing revenue from 100x to 1,000x current levels.

In recent years, the valuation cap that separates a startup from a company has increased because the amount of funding startups receive has massively increased. In 2019, over 50 startups received at least $250 million in a round of funding—a breathtaking amount of money for businesses that may or may not turn a profit.

Today, a startup is still considered a startup if they have under $100 million in revenue, under 500 employees, and under a $2.5 billion valuation. 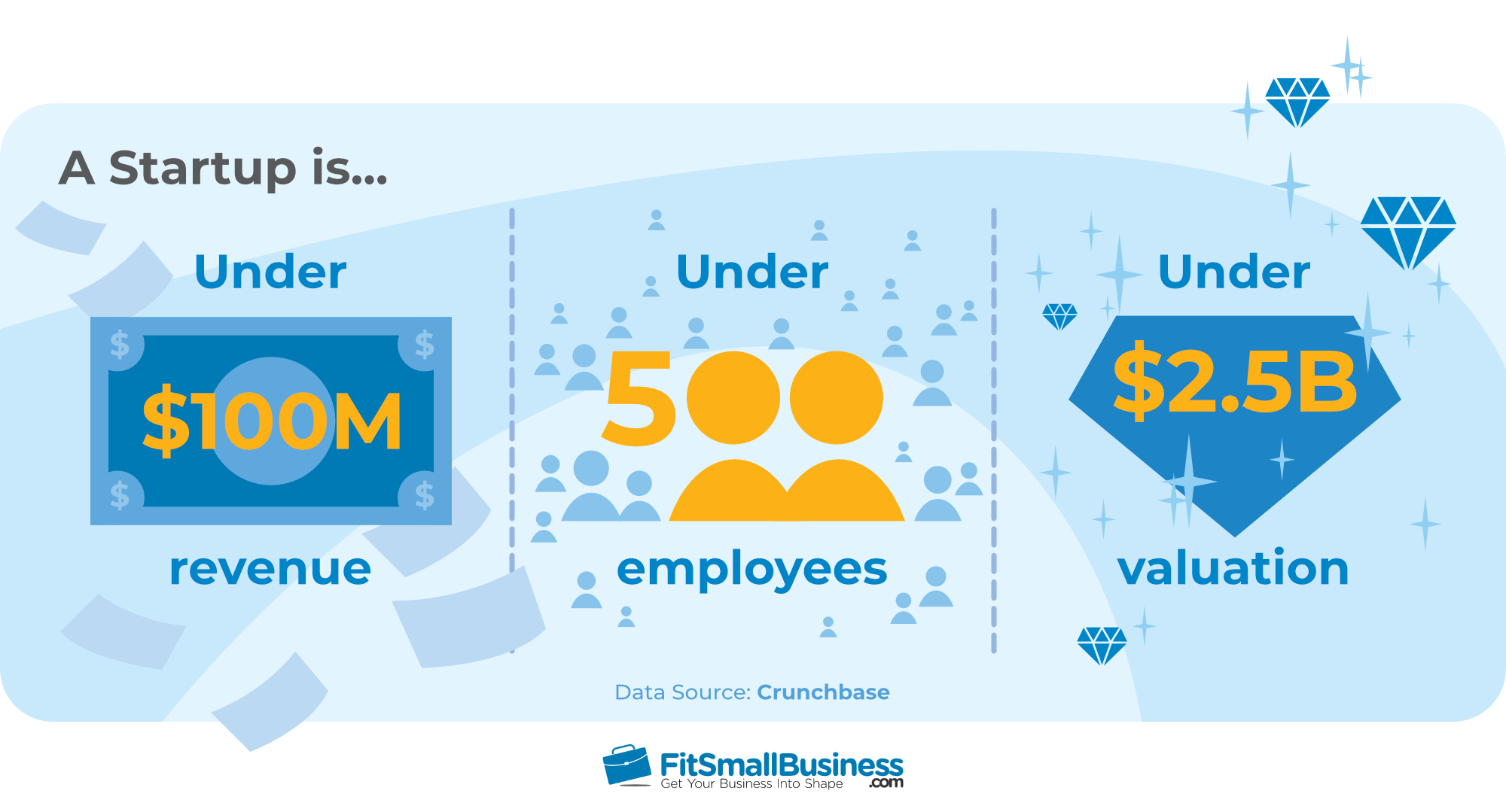 The common trait that defines a startup is growth—fast growth.

There’s a term for a startup that is expected to grow revenue at a higher than average rate. It’s called a unicorn. A unicorn is a startup that has achieved the rare $1 billion market valuation. Bird, the electric scooter company, is the fastest company ever to reach unicorn status, as shown below: 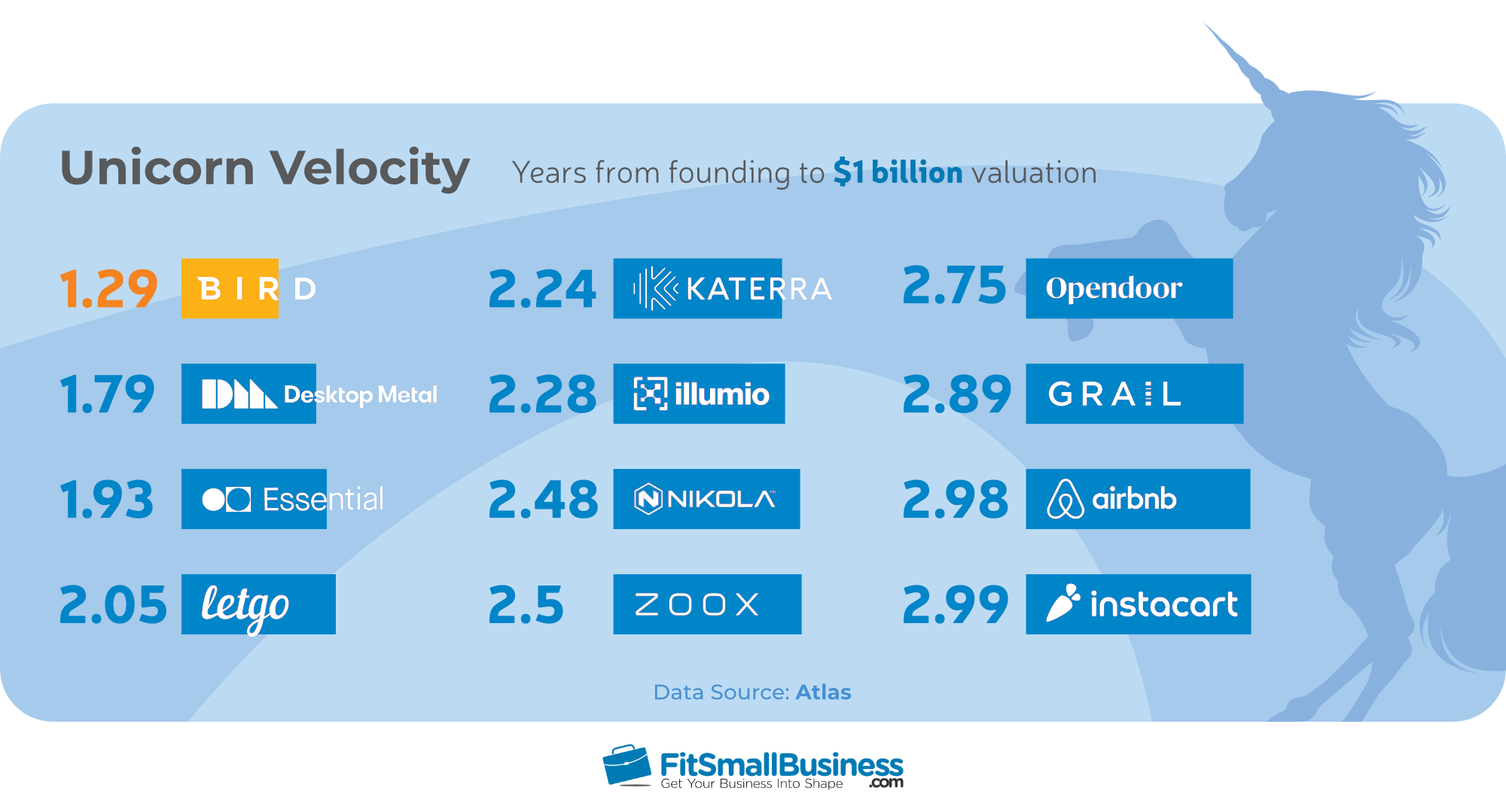 One complaint investors have about the obsession with growth is a focus on revenue and not profit.

Companies that make a lot of money, but don’t keep any of it for profit will become successful eventually, right? But what if they don’t? 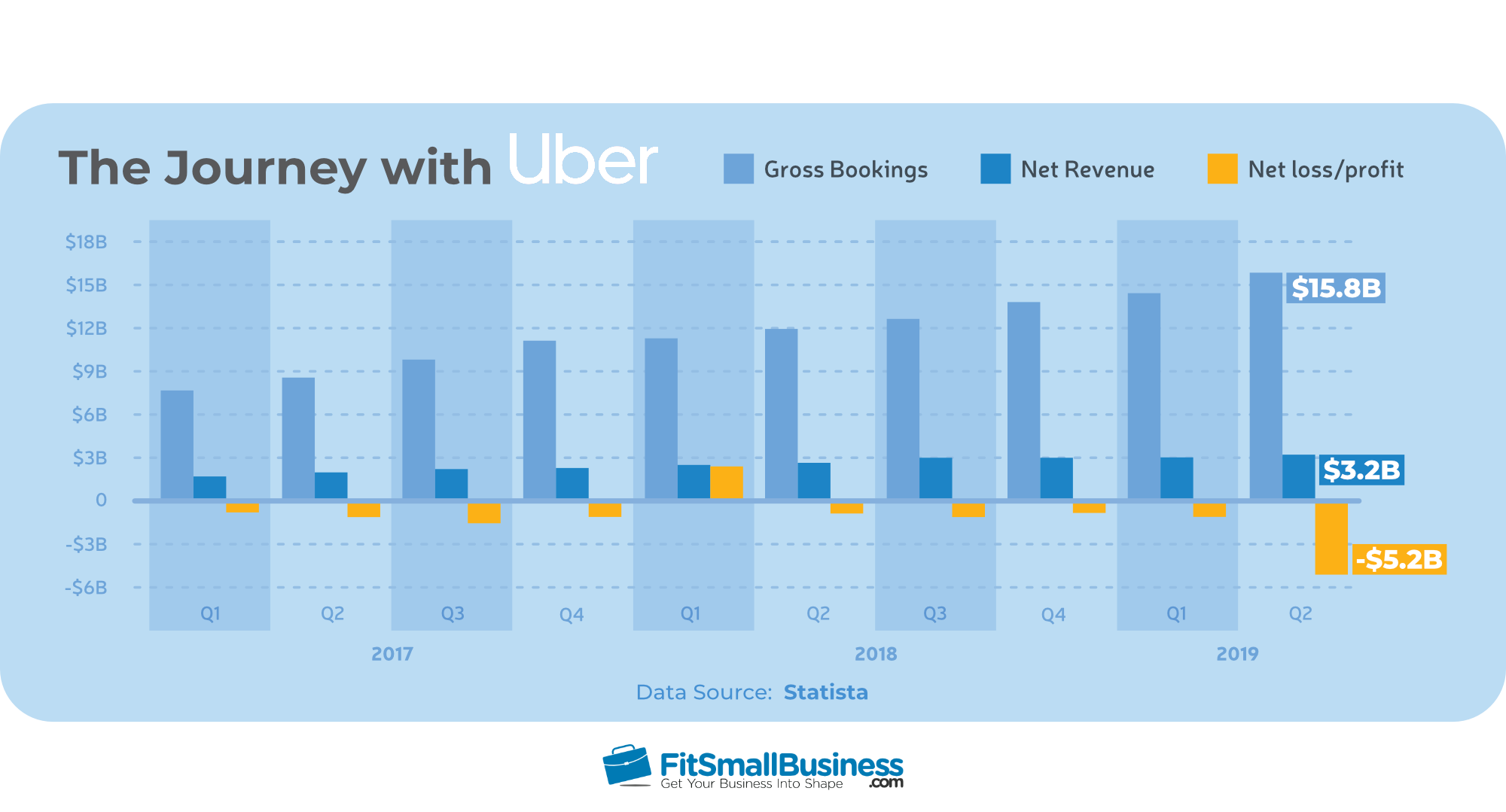 Business stability is why many investors choose to invest in startups that focus on profitability over revenue growth. Typically, quickly profitable startups are less risky; they are saving a portion of profits to build a cash reserve. These startups aren’t spending all the profit on a growth tactic like paid ads or discounts for new customers.

Investors may seek out companies in industries that are likely to turn a profit quickly such as ecommerce, Chrome extensions, mobile apps, enterprise SaaS, and small-to-medium business SaaS.

If a startup wants to grow quickly, it needs funding. The process of funding in the high-growth startup world can be confusing with terms like bootstrapping, seed funding, angel investors, Series A, and Initial Public Offerings (IPOs).

Before we dive into the different types of funding, here’s an overview of how startup funding may work: 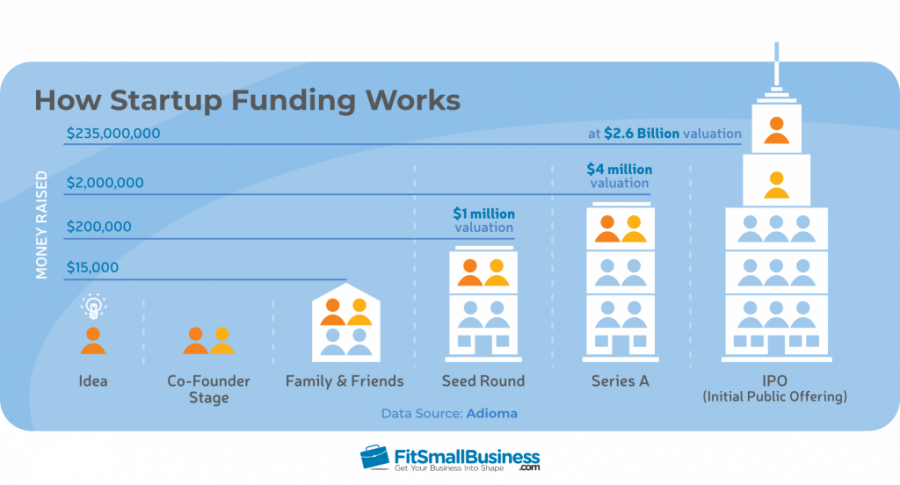 For instance, if an investor offers $1 million for a 20% stake in the business, the investor (and therefore the market) believes the business is worth $5 million.

Many early startups begin with the founders’ personal investment, family and friends investment, or a seed investment from an angel investor.

An angel investor is someone who invests in the early stages of companies. Their investments are typically smaller (less than $200,000) because the potential success of the company is not yet understood, and the risk of failure is high. This early seed money is used to implement the MVP.

Once the startup grows, more investment funds are needed. Series A is the first round of large funding. If the startup continues to grow, they may have several rounds of funding including Series B, C, D, E, and so on.

Once the company has consistent revenue with a little profit, the company can go public, also called the IPO. This is often an exit strategy for founders. They can cash in on their company shares and move on to their next project.

A newer form of raising money for startups is equity-based crowdfunding. Founders can skip the lengthy and time-consuming process of pitching to individual investors and pitch their business online to thousands of investors at one time. A startup can raise up to $50 million on an equity crowdfunding platform like Start Engine.

A lack of funds can be the end of a startup—and nearly 90% of startups fail. However, funding isn’t the No. 1 reason most startups don’t make it. A survey of 101 startup founders by CB Insights said the reason they failed was that there wasn’t a market need. 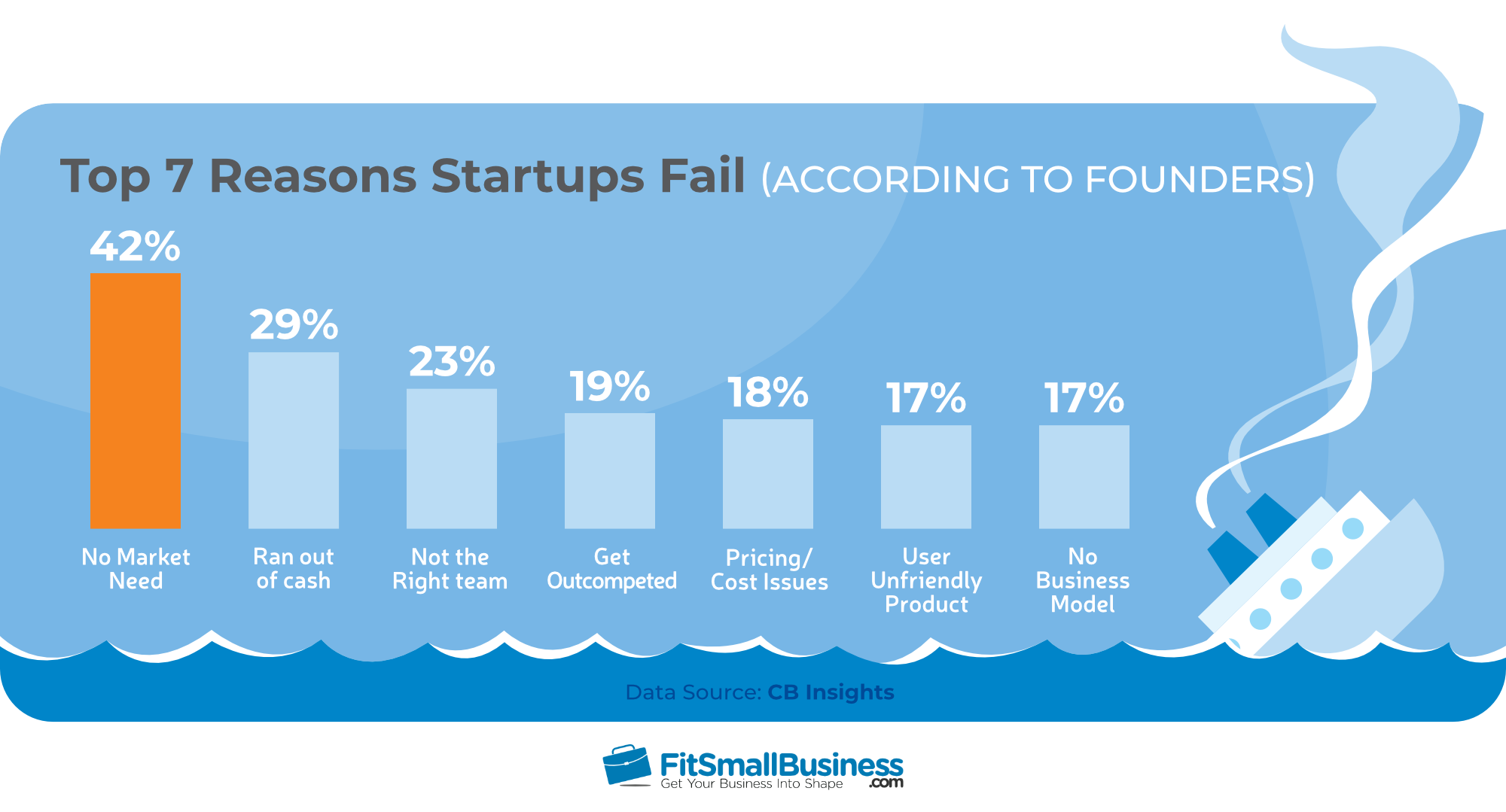 Percentages are high because founders attributed multiple reasons to their failure.

(It’s important to note that many of the reasons given above could be a result of cognitive dissonance, which is the changing of reality to fit conflicting beliefs. For example, maybe a company ran out of cash because no one wanted to purchase the product, however, the founder doesn’t want to admit that specific failure, so they blame failure on a lack of cash.)

But before you fall into a pit of despair, you should know it’s not all bad and startups that thrive also share some traits. American businessman and investor Bill Gross has identified one main reason high-growth startups succeed: Timing.

The 2008 recession, Gross argues, may have helped companies like Airbnb and Uber succeed. During the recession, people were desperate to make extra money. The need to make money increased the likelihood someone was willing to rent out their home to strangers, or let strangers into their car.

If Airbnb or Uber were to start in a growing and secure economy, they may have failed.

There are no rules on what to do once a startup becomes successful. Typically there’s an exit, such as an acquisition or an initial public offering (IPO). Success could also mean staying on to grow the startup after the IPO into a huge company, as Mark Zuckerberg did with Facebook.

Even though there isn’t a defined path to creating a successful startup, many tend to follow a pattern. 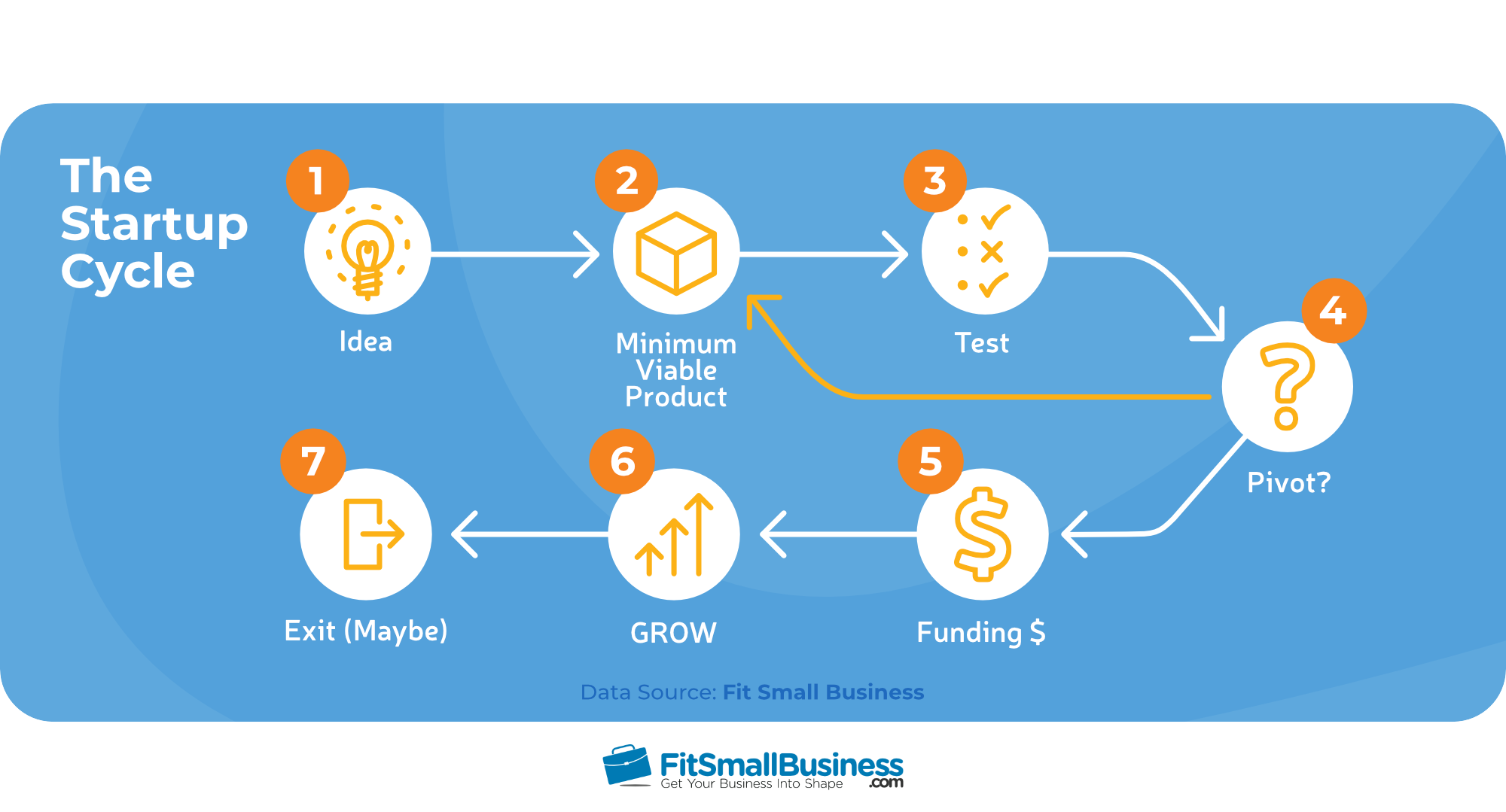 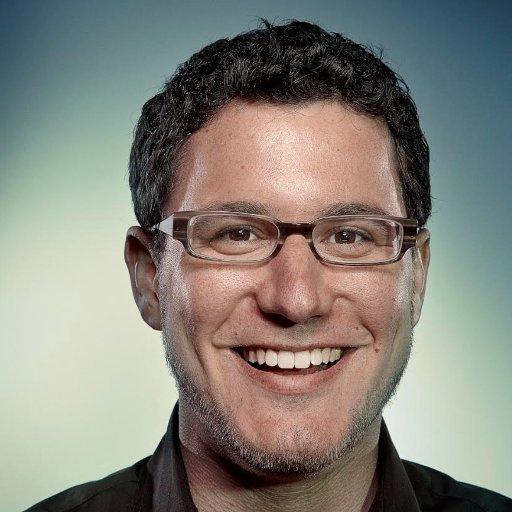 “As you consider building your own minimum viable product, let this simple rule suffice: remove any feature, process, or effort that does not contribute directly to the learning you seek.”

The startup lifecycle helps you understand the different phases of a startup. It’s also important to know what separates a startup from other types of businesses.

Difference Between a Startup and Other Businesses

Depending on who you’re talking to, the word startup gets used for several purposes. For example, the government-funded Small Business Administration uses the term to describe any business that’s been incorporated less than three years. However, as we said above, a true startup is laser focused on high growth. 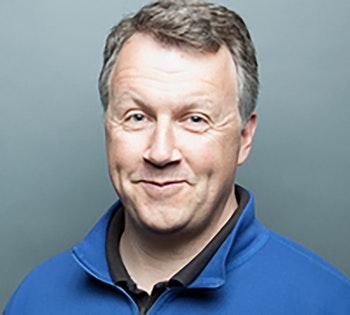 “A startup is like a mosquito. A bear can absorb a hit, and a crab is armored against one, but a mosquito is designed for one thing: to score. No energy is wasted on defense. The defense of mosquitoes, as a species, is that there are a lot of them, but this is little consolation to the individual mosquito.”

We love small businesses, but they should not be considered startups. The revenue growth for small business is small and consistent. Whereas startups are aiming for at least 100% growth every year. On average, small businesses grow revenue at round 3% a year, according to Entrepreneur.

Big businesses differ from startups because it’s difficult for big businesses to innovate. This happens for a couple of reasons. One, talent gets attracted to startups because it can be more lucrative to work at a startup and it’s more likely ideas will be implemented. Two, it’s difficult for the average big business to pivot when the market demands it. Changing strategy in a nimble startup is like turning a speedboat, whereas a big business is like turning a Carnival cruise ship.

There may be teams within big businesses that try to operate like a startup; however, it’s still difficult to break through the bureaucracy and implement the team’s innovations.

Instead of innovating, big businesses acquire innovative companies. For instance, Facebook has spent over $23 billion acquiring over 70 companies, including WhatsApp for $19 billion and Instagram for $1 billion.

The main difference between a startup and a lifestyle business is the amount of time spent on the business. Founders in a startup will work for as long as possible to make their startup a success. Elon Musk has worked 80 to 120 hour weeks and has slept on the factory floor to meet Tesla deadlines.

While many startups are trying to make the world a better place through its innovative technology and software, the main goal is increasing revenue and profit, not social improvement.

So, what, exactly, is a startup? It’s a business hyper-focused on quick, big growth. It creates a product that disrupts an industry and possibly changes our day-to-day life.

Creating a startup can feel like an emotional roller coaster. No two founders experience a startup the same, however, a startup is defined by their shared experience. The excitement of coming up with an idea, fighting through the soul-crushing pit of despair, hoping that one day—finally—you’ve created a beautiful unicorn.

Blake Stockton is a staff writer at Fit Small Business focusing on how to start brick-and-mortar and online businesses. He is a frequent guest lecturer at several undergraduate business and MBA classes at University of North Florida. Prior to joining Fit Small Business, Blake consulted with over 700 small biz owners and assisted with starting and growing their businesses.