This article is part of a larger series on Press Release.

Businesses write event press releases to inform the media of an event the business plans to attend, host, or sponsor. Events you could cover include a charity initiative (like a 5K race) or an in-store community event. The announcement serves as an invitation for the media to cover the business’ involvement in the event. As such, this type of release should make it easy for the media to attend the event and assess its relevance to their audience.

Included details should cover the what, when, where, why, who, and how of the event. For example, describe what the event is about, where it will take place and when, who will be involved, and how media representatives can gain admission to cover it. Use bullet points or lists where it lends to clarity. Since the press release will likely be read by the public in addition to the media, also provide information on how the public can attend the event. 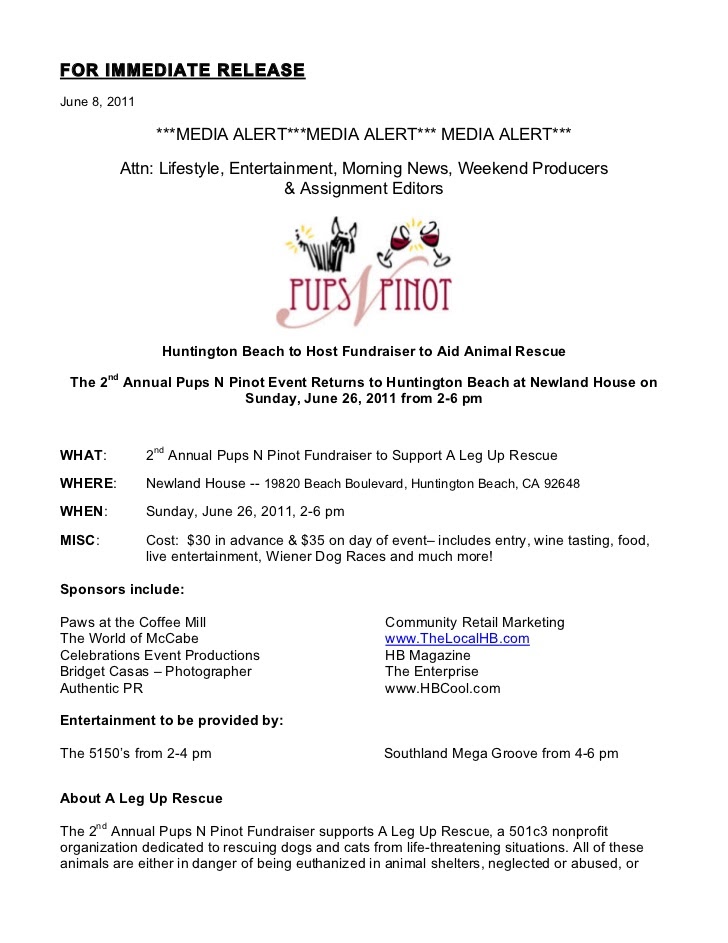 A book press release announces the launch of a new book and offers enticing details to explain why the media should cover it. A published book isn’t uncommon; Statista reports over a million self-published books alone in 2017. However, few are newsworthy. You must convince the media your book is newsworthy. For example, a book may be newsworthy if it won a prestigious award, is endorsed by a celebrity, or covers a currently trending news topic.

In your press release, write a summary statement about your book and its benefits to readers. Your next paragraph should go into detail about your most captivating summary points. Then, offer a quote from an attention-grabbing book review (like from an influencer or celebrity), with a high-resolution image of your book and a list of places people can purchase it. Close with a one-paragraph author bio that describes why he or she is credible and even newsworthy. 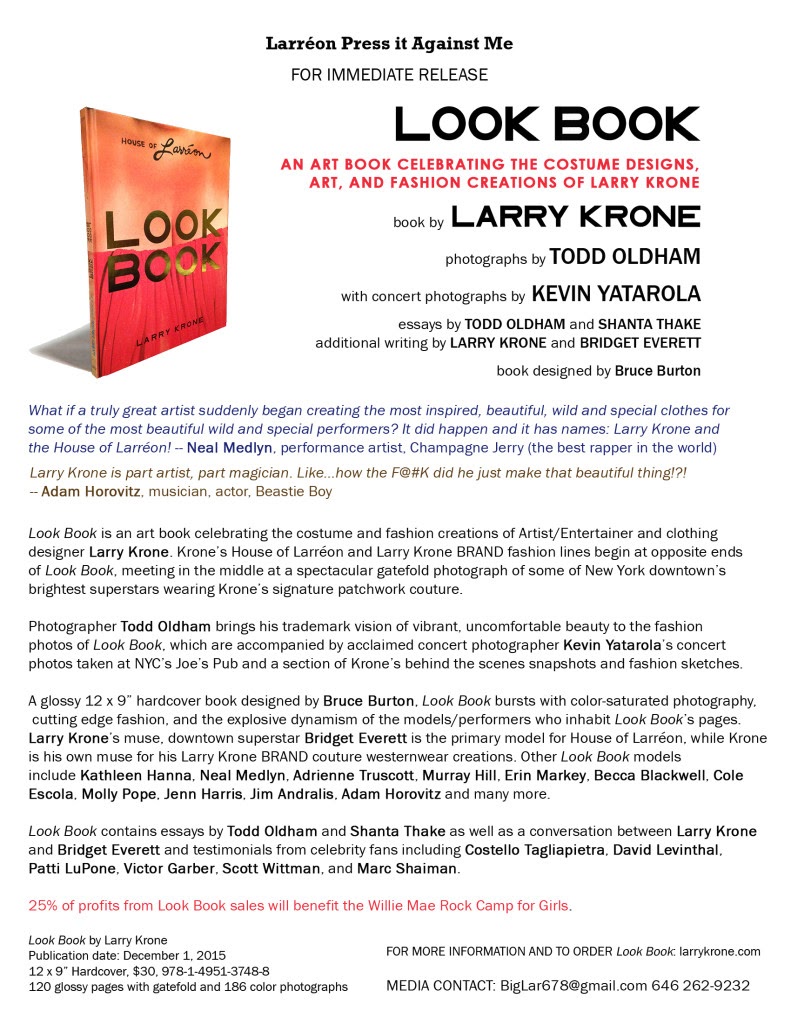 Example book press release (Source: Larreon Press It Against Me)

A product press release should be used to announce a product launch that constitutes something that has entered your industry. The release should point out why it is different from products offered by competitors. If, for example, you create a list of all your product’s noteworthy features, then cross out all of the features that your product shares with competitors—whatever is left over should be the focus of your press release. This is what makes it newsworthy.

A product press release should include both the features that set it apart and its benefits. By highlighting the benefit to customers, you give news representatives a reason to write about your product and provide them the information they need to do so in a way their readers will appreciate. This makes it a win for you and for journalists who are looking for an easy story their readers appreciate.

In addition, businesses often overlook the opportunity to include a value-add to entice readers to purchase. You can easily do this by offering a discount code for people who purchase your product when it launches. While the code is great for enticing immediate purchases, it also allows you to track how many people take advantage of it; by extension, these trends reveal how effective your release is at spreading awareness and enticing conversions. 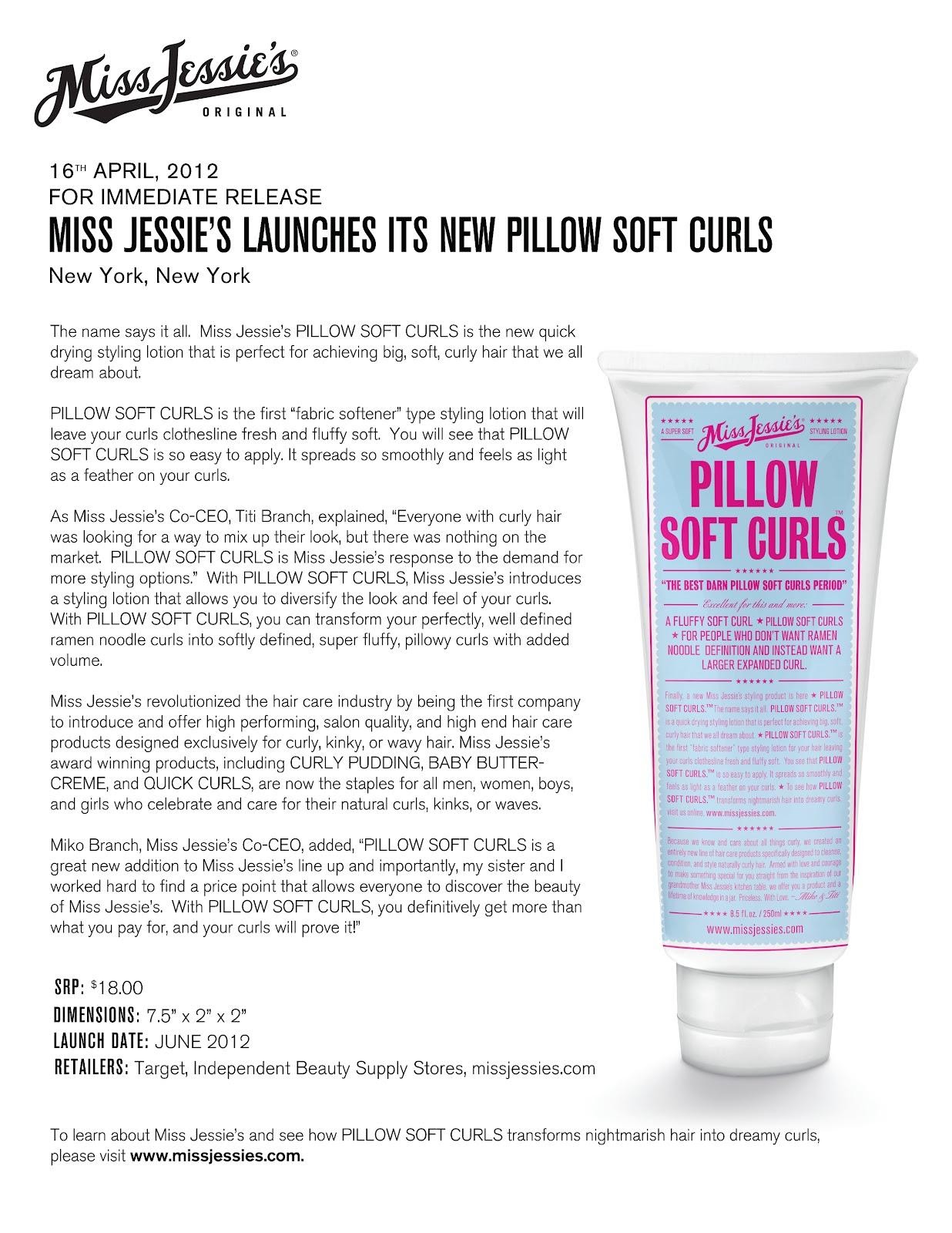 A new business or business launch press release should announce the opening of a new venture. It should delineate why this opening is newsworthy. Some reasons why it might be newsworthy include filling in gaps within its location or industry for products or services, or the fact that it stands out among area competitors and why. In the end, it should convince readers it will benefit them in a way current competitors don’t.

In your release, detail the who, what, when, where, why, and how of your new business opening. Give the location and date of your opening and your company name. The body of the press release should also provide an overview of what your business does, why it differs from competitors, and its benefits to readers. To add a human touch and additional perspective for journalists’ stories, offer executive quotes that showcase the company vision.

Finally, don’t forget to hyperlink your company’s name so readers can learn more. But remember that some journalist may simply copy and paste your press release to their publishing medium. In this case, if you only hyperlink your URL, it may not transfer over. To ensure your website address is always published, also consider including your website URL in its full written form (www.dallasadagency.com, for example). 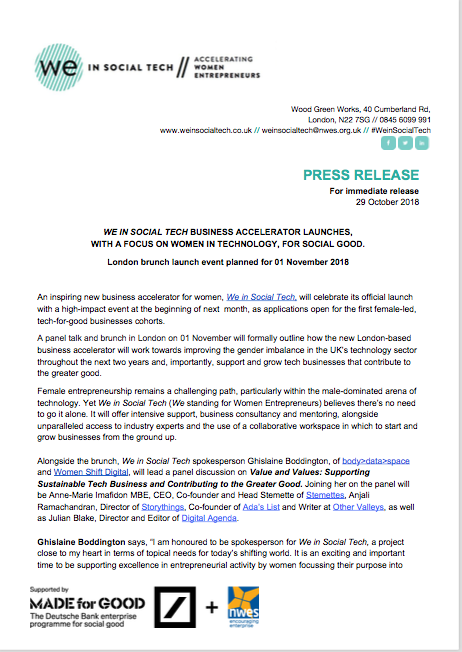 A new hire press release announces your company has hired a new person. It builds credibility in your brand by positioning it as a sought-after employer and building trust in your employees’ expertise. To ensure your release is newsworthy, your new hire should be a huge win for stakeholders based on how they improve your offering and industry position. As such, a newsworthy hire is usually someone within the executive suite of your company.

Your new hire press release should answer what made this person stand out among other candidates, what companies they’ve worked for, and their accomplishments throughout their career. Include a quote from someone in your executive suite stating the company’s excitement about the new hire and a similar quote from the new hire. Finally, discuss what their role and key responsibilities will be and how their contribution benefits stakeholders.

If the new hire is to replace a key executive in your company, it may be beneficial to also include the new role of the person being replaced. For example, if the new hire is to fill a gap left after a promotion of a key player in your company, state this context. In addition, describe what the promotion will entail and how it will benefit stakeholders.

A rebranding press release announces a company’s change to its corporate image. Many people find change unsettling and instead love what is familiar, consistent, and known. During rebranding, companies can reduce the fear of the unknown via clear communication around what people should expect. To do this, tell a compelling rebranding story that outlines the changes and the “why” behind them, turning the unknown into the known.

When writing your press release, tell a positive story about your rebranding process to create excitement around it. For example, your business may be rebranding to align with a new green initiative. Then, explain how rebranding will benefit customers (product improvements, for example). Anticipate questions your customers may have, then reduce their uneasiness by addressing things like changes in pricing or a change in the company vision or direction. 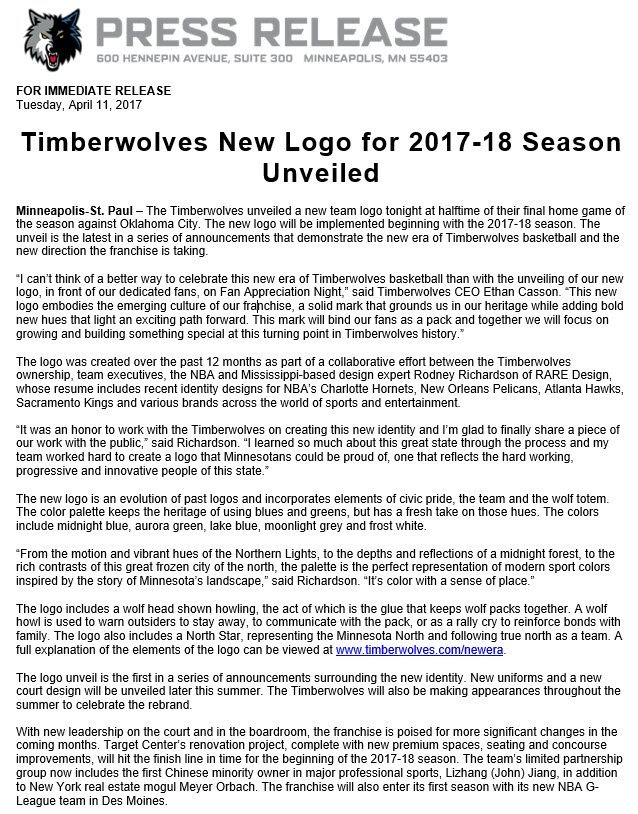 Like a rebranding press release, a partnership often means big changes for your company that often trickle down to customers. A press release helps you eliminate the fear of the unknown among stakeholders—including customers—so you can focus on creating excitement around the positive changes the partnership brings. It’s an opportunity to answer questions your stakeholders have around the change and surprise them with the positives.

Begin your release by addressing the who, what, when, where, why, and how details in one paragraph. Then, the rest of the article should focus on what problems the partnership solves for stakeholders and the positive changes they can anticipate. Include a quote from executives of both partnering companies that explains the partnership’s value, thereby reassuring stakeholders. Finally, explain in-depth how the partnership improves your product. 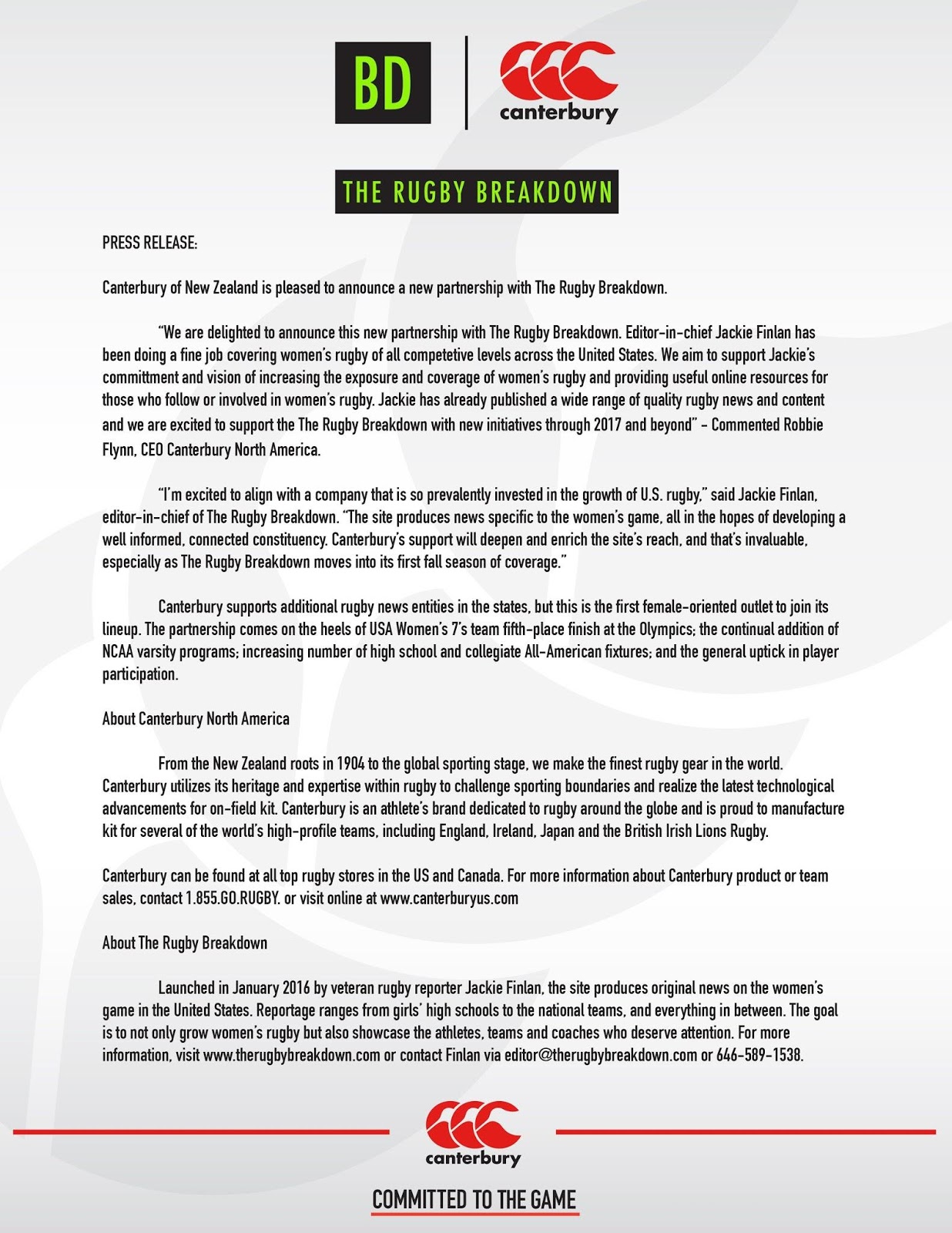 The first paragraph of your award press release should explain when the award was issued and why in an objective, humble tone. It should then explain what this award will mean for your company (if it positions you as an industry leader or helps you accomplish your company mission, for example). Include quotes from executives or from the organization that issued the award to help you break from the objective tone to express your company’s excitement. 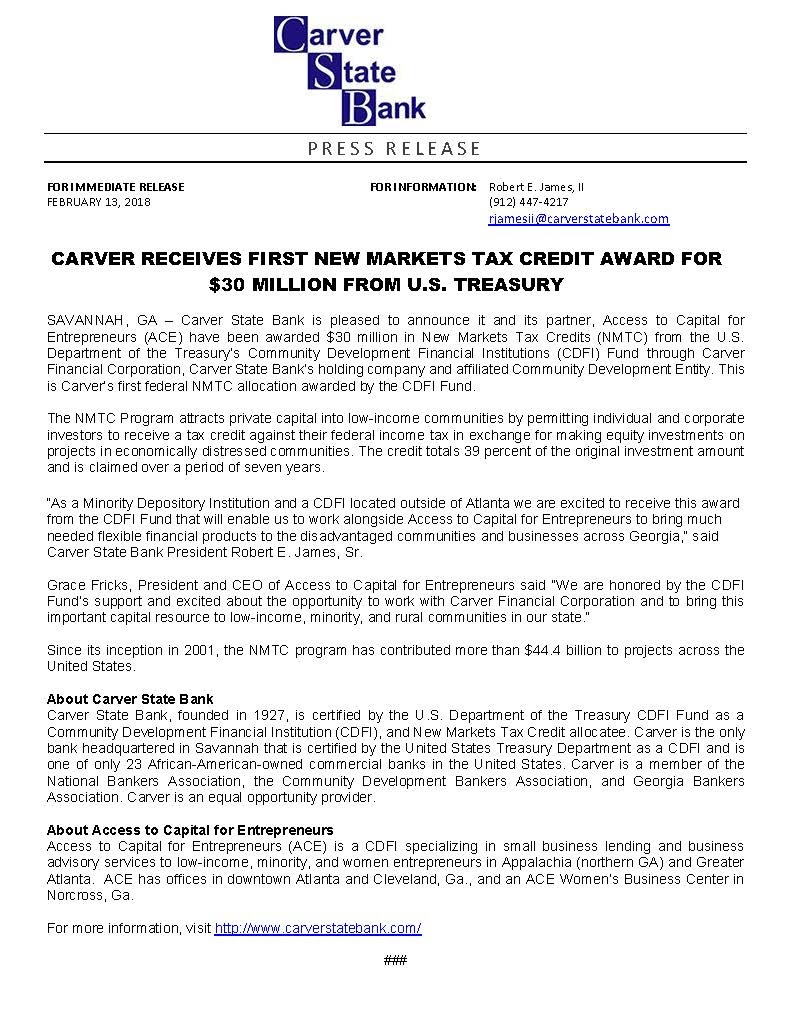 The Key Elements of a Press Release

While there are many elements of a press release that are optional (like a subhead and final note), many other elements are a must for your press release to be effective. When you write a press release, you should include your company logo, contact information, release location and date, headline, first paragraph, body paragraphs, and your boilerplate. 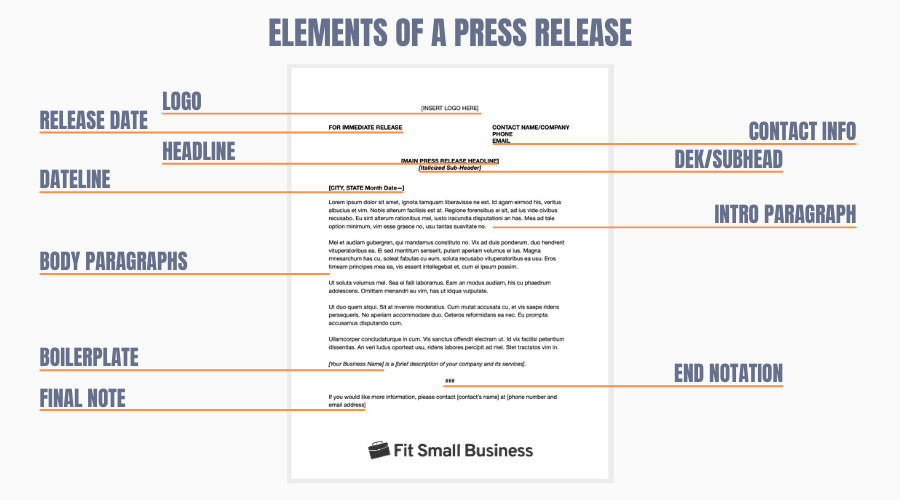 The elements of an effective press release

Here are seven elements of an effective press release:

What are press releases used for?

A press release is issued by companies to gain media coverage around an announcement, like a business or product launch, winning an award, a new hire, a company event, or a rebranding initiative. Authors also issue press releases to introduce a new book. The details in a press release are crafted to make journalists’, bloggers’, and influencers’ jobs of writing your story easy, thereby increasing the chance they’ll publish a story about your announcement.

What is the format of a press release?

The top of a press release should include a centered brand logo and story title, when the release is relevant (immediately or on a certain date), and contact information readers can use to learn more. In one page, the copy should include an initial paragraph with the most important details, then three to four paragraphs that go into more detail about the story, and, finally, a boilerplate telling readers about the company or companies featured in the story.

How do I send a press release?

To send a release to influencers, use LinkedIn or Hunter to locate the influencer’s email address. Then, email your press release. In your email, introduce yourself and your business in the first paragraph. In a second paragraph, explain that you are submitting a press release and what the press release is about. In a third paragraph, ask the influencer to write about your story. Finally, provide your contact information so they can contact you with questions.