This article is part of a larger series on Payments.

Evaluating Stripe vs Shopify can be tricky because it’s not an apples-to-apples comparison. Shopify is an ecommerce platform with integrated payment processing, whereas Stripe is a customizable payment processor that lacks a point-of-sale (POS) system and ecommerce software. Both, however, are easy to use, have excellent user reviews, and handle international sales.

In a nutshell, we recommend Stripe and Shopify for:

When to Use an Alternative

Stripe and Shopify are terrific in their own right for online sales, but if you need something for in-person POS and payment processing, we recommend Square. It offers a free POS and online store and competitive rates on payment processing. It topped our lists of top-recommended merchant services and leading POS systems.

Continue reading for a comparison of Stripe vs Shopify Payments.

Stripe is hands-down the best choice for payment processing. First, it’s not tied to any POS or online store system like with Shopify Payments. Second, it offers sales, subscription, invoicing, and billing services; Shopify only offers sales and subscription services—unless you get the expensive Plus program. Finally, it integrates with a wide range of products, from your own website to POS systems—anywhere you need to collect payments. Stripe is highly secure, works with international currencies and languages, and has no monthly fees.

Stripe ranked in our lists of the

If you are interested in retail, especially for an online store or multichannel sales, then Shopify is the better option. Its transaction fees are slightly cheaper, and it has a top-of-the-line system for building your own online store. It also has better native inventory and reporting tools than Stripe. However, all its features are restricted to Shopify’s environment. It does offer thousands of integrations—but with the goal of expanding your store’s reach rather than providing payment processing for a different use.

Shopify ranked in our lists of the

Stripe is the more affordable of the two systems. Although the transaction fees are higher, you don’t have to pay monthly fees as you do with Shopify. ACH transactions are cheaper, so if your customers pay through bank transfer, you will save 1.5% or more (considering 0.4% for the invoice plus 0.8% for the payment). Stripe offers discounts and interchange-plus pricing for qualifying businesses with high-volume sales; Shopify does not.

One thing to consider, however, is that Shopify’s monthly fee includes POS software; if you need that, then with Stripe, you may be paying for a third-party POS system. Both Shopify and Stripe have discounts for nonprofits, and Shopify’s plans come with shipping discounts.

Stripe’s versatility and security make it the best choice for standalone payment processing. The merchant account is free, and you can use it with just about any system. It processes credit and debit card payments, NFC payments, and ACH and wire transactions; it can also track cash and check payments if needed. It offers invoices and billing as well. By contrast, Shopify handles only standard payments (including cash and check tracking) and offers invoices only in the expensive Shopify Plus plan.

Both systems score high on fraud prevention and security, although Stripe boasts more security certificates and compliances. Most notably, Shopify Payments is only available through the Shopify ecosystem, so if you’re not planning on using Shopify ecommerce or POS, you won’t have access to its payment processing tools.

Stripe offers a variety of customizable ways to integrate payments into an online system. (Source: Stripe)

When to Use Shopify

If you are planning on using Shopify for your online store and POS, then it makes sense to use Shopify Payments as your payment processor. It’s a secure and efficient system. Plus, Shopify tacks on a 0.5%–2% surcharge if you use a different payment processor.

Shopify is a powerhouse for multichannel sales and has made our lists for best POS and ecommerce solutions. Its ability to manage online, social, and in-person sales from its own platform makes it the better choice for sales in general. It beats Stripe because it also has its own integrated POS system for in-person sales, whereas Stripe requires a third-party integration or custom development.

Shopify also has the advantage in that it works with dropshipping and has dozens of dropshipping supplier apps that you can easily add to your system. It even has a mobile app for payment processing that integrates directly with your other Shopify sales systems. Stripe relies primarily on third-party applications, although it offers a build-your-own checkout, Stripe Terminal.

Both have an excellent reach for international sales, being closely matched in currencies and languages. Both offer one-click payments—Stripe through Link, and Shopify with its Shopify Pay app. Their payment features are similar, though Stripe’s may depend on the POS system you use. Stripe, of course, depends on programming and third-party integrations more than Shopify.

When to use Stripe

When it comes to ecommerce backend tools, we chose Shopify over Stripe because it has many already built in. Shopify made our list of best POS inventory systems because of its ability to manage online and in-person inventory counts, handle variations and modifications, and more.

Stripe, meanwhile, has limited inventory tools—unless you add an app. Likewise, Shopify has dozens of reports from sales and inventory to customer behavior and product analytics. It also lets you create custom reports. Finally, if you want loyalty or marketing without integrations, you can find them with Shopify. 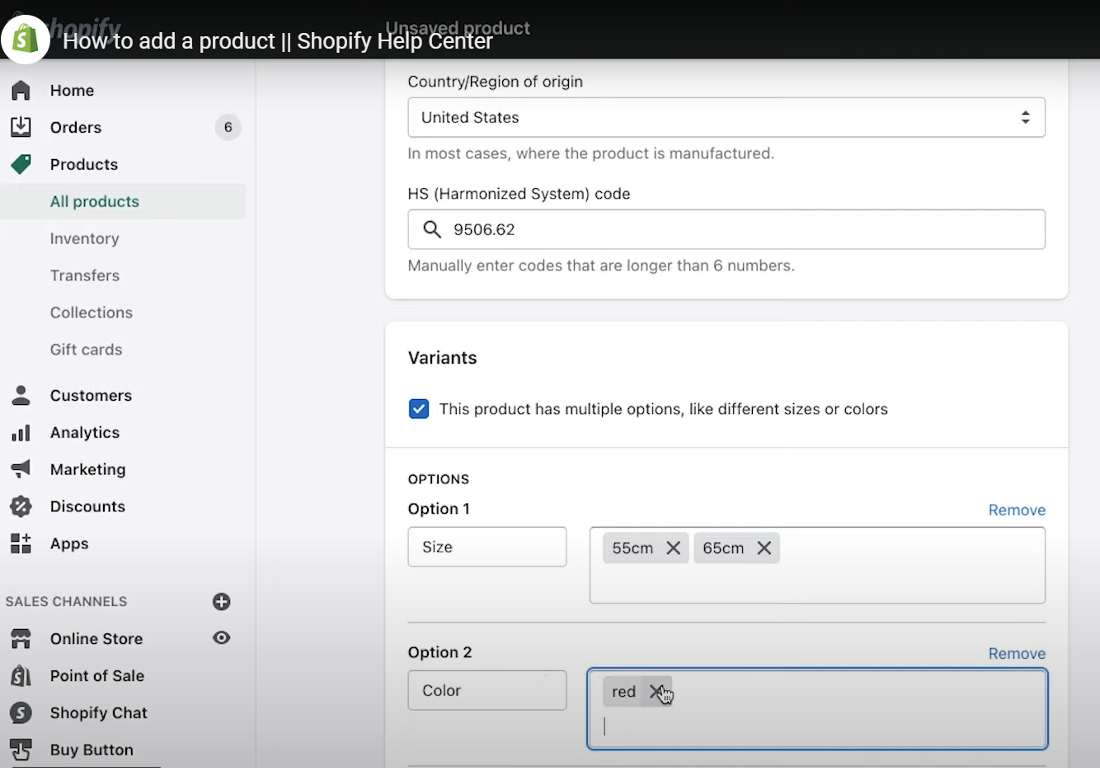 Both offer business financing, which can be great if you need a quick loan that you can pay back from your future profits. They also offer chargeback protection (for a fee) and basic and advanced fraud prevention tools.

When to Use Stripe

Best for Ease of Use: Shopify

*We looked to third-party user review sites like Capterra, taking into account only the scores in the ease of use category.

Stripe earned a slightly higher ease-of-use score than Shopify; however, we still find Shopify the winner because its templates and interface make it easier to set up your store. Stripe may require programming.

Also, Stripe has a somewhat higher number of complaints about funds, and an analysis of Stripe’s complaints by Card Payment Options suggests that it is in part because of misunderstanding about Stripe’s policy for holding reserves. Shopify also holds reserves if it thinks your business is a fraud risk but says it will contact you before creating a reserve.

Both offer guides and videos to help you through most of the tasks and recommend certified experts if you need someone to do the backend work of developing or creating a store for you. They also have premium support functions, but Shopify does one better with a Merchant Success Program for its Shopify Plus customers.

There’s no disputing the quality of both Stripe and Shopify. When comparing Shopify vs Stripe, you have to consider your needs and use cases.

If you are looking for an easy-to-setup online store with a mobile or countertop POS solution to augment sales and powerful inventory and reporting, then Shopify is your choice. By contrast, Stripe’s excellent customizability and integrations make it the best option for online businesses that need to add sales to existing websites, handle B2B or recurring billing, or send invoices because they are in a service industry.